The Plan of Salvation, Restoration, The Book of Mormon, Priesthood Authority


Jan 16, Monday - Met a guy, Mark, his grandkid and their dog walking to the shops.  We said "Hi" and they stopped and said, "Hey, I remember you."  Turned out that we talked to him weeks ago who belonged to the Apostolic church.  It's interesting how people do recognize and remember meeting the missionaries even though we didn't recognize them immediately. Then we had dinner with the Kauwhata with their friend Adrian, non-LDS, Jamaican, and staying with them for the holidays.  He didn't stay with us for the message but he used to meet with missionaries in New South Wales when he was with his family.

Jan 17, Tuesday - We met Mark again and this time, he was driving his truck and waved at us.  Today, we did service at the Vinens. We helped them wash their walls because they were preparing their house to sell. We met Narene and shared the Restoration with her. She accepted a copy of the Book of Mormon to read and set appointment this Tuesday.  We had dinner with Sister Roser who invited Bro. Allan.  Allan joined the church when he was 18 and served a mission in Salt Lake City; now probably mid 50's.

Jan 18, Wed - We helped Sister Baldock organize the library and she gave us ham and cheese scones for lunch.  We head home and did "one more" goal for this transfer - stopped at one house and saw 2 people smoking outside.  They told us that they were not interested but they have a grandkid, Brandon, who grew up religious so we could come back another time when he is home.  We also did former finding today and tracting around their streets as well. 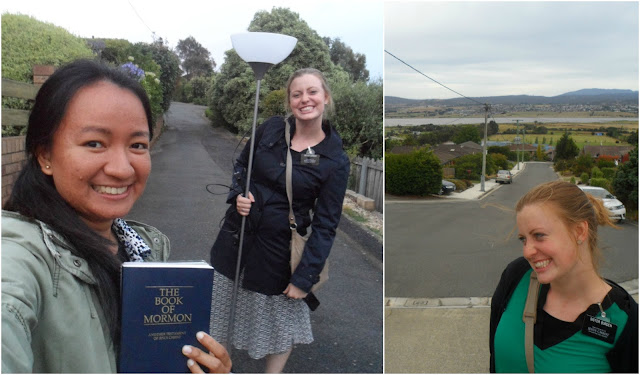 Jan 19, Thurs -  District Meeting today. We role played about teaching investigators to recognize the Holy Ghost, that God is our loving Heavenly Father, and about the Savior's earthly ministry.  We also shared a discussion with Paul and Jackie and read the pamphlet about baptism and baptismal covenants.Then dinner with Jackie with lasagna and slinky apples. We then went to the Tripptrees because I had this prompting the whole day but which I kept dismissing because they were a 'hit and miss' visit. But when we knocked on their door, they were home and let us in and we shared Alma 37:46-47, "Look to God and Live". They shared they wanted to come back to church to strengthen their families.  They had 2 daughters serving whom they thought would not take the calling while those whom they expected to serve left the church. They also showed us the wedding photos of Monique who got married last week by Bishop. It was a very spiritual night with this family. 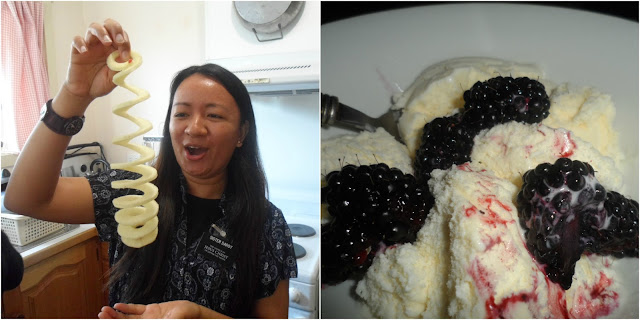 Jan 20, Friday - It was raining hard and very windy.  We visited Brandon who grew up with religious background, but he did not really think about it. We shared about the Restoration and his comments were fair enough to our invitation to read, ponder and pray about the Book of Mormon.  He responded that he would read and pray and set return appointment for Tuesday.  We also met Carma and shared about faith and repentance.  She understood Faith really well.  As we were about to offer the closing prayer, her brother, Tehring, walked into the room and told us that they are Buddhists and that learning about Christianity make them sick, then he walked out of the room. Carma said that we can still offer the closing prayer.  She said she was busy working on Sundays. Then we went to Bishop, had dinner and mini correlation meeting while waiting for a new ward mission leader to be called.

Jan 21, Sat - We helped clean the chapel today.  We also met with Alice and Mason and had a wonderful discussion about the Plan of Salvation.  We extended a baptism date with Mason, he responded that he was already baptized and so we explained about priesthood authority.  He asked about the process of baptism and we told him that they needed to be married, then develop a testimony of the restored gospel and the Book of Mormon.  They said they would go to church tomorrow. 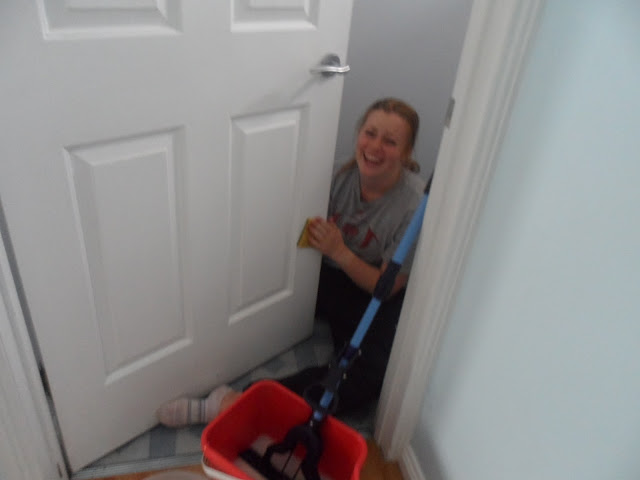 We followed up on new contact Shari.  My comp said that she was not home but when we did one more knock...she was home! She invited us in and we shared about Restoration.  It was really cool.  We found out her concern about trinity and we got a return appointment on Tuesday.  We scheduled appointments on Tuesday due to the exchanges with Glen Huon Sisters using our area as the model area.  We also met Namay, wife of Padam; found out they were sick, that's why they were not able to come to church.  Namay still invited us in even though she was a bit sick.  Padam was at work. 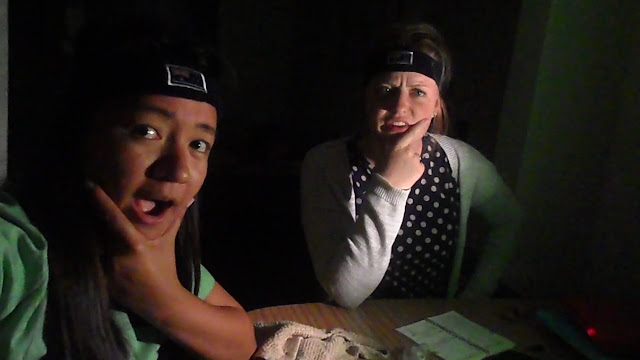 Jan 22, Sunday - We fasted and prayed again this Sunday.  We met Margaret, our new contact last week.  She invited us in and we shared about the Plan of Salvation.  She liked it and hoped that it is true.  She's 90 and belonged to the Church of Christ, said that she would listen to the messages but too late to change and would not go to the LDS church. Fair enough, we told her that we would share the Restoration next week, she may or may not accept it, at least, had the opportunity to hear about it. She survived bladder cancer and skin cancer (on the head).  It made us think that we should wear hats or use umbrellas because skin scalp cancer is common..whooo scary.  Then we were also able to meet Peggy and the Thomas family.  David came to church today, Justine boyfriend.

Sad news - David in Georgetown passed away last week. It was weird that he did not return our calls.  We were trying to get hold of him because the ward finally organized a team to help put up his shed.  His Dad returned our call and told us the sad news.  They found his body on Friday, 13th, the 3rd day after he died.  His Dad said that he would inform us of the funeral details to be held in Devonport.  Jackie said that we helped David prepare for the spirit world and that he was passed on to the missionaries on the other side.