Jan 9, Monday - Sisters' P-day at Tahune Airwalk in Glen Huon.  Watch out for the swinging or suspension bridge, the wishing tree, and the amazing TAS Sisters - Me, Pratt, Burden, Ihaka, Li and Murphy (in 2nd photo). 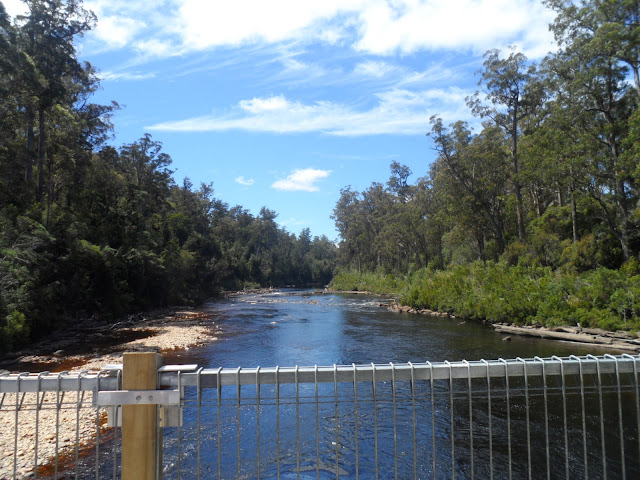 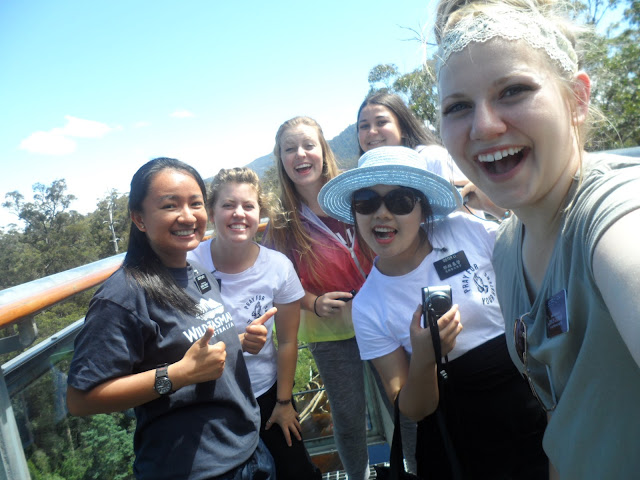 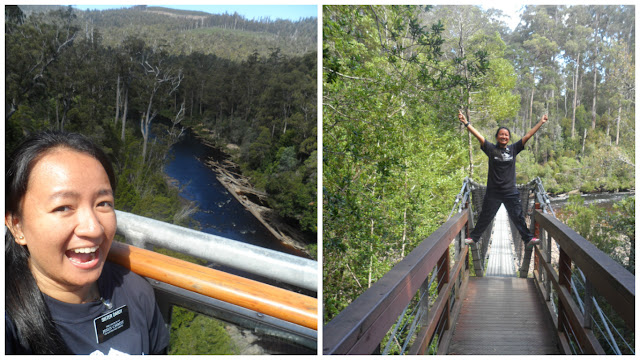 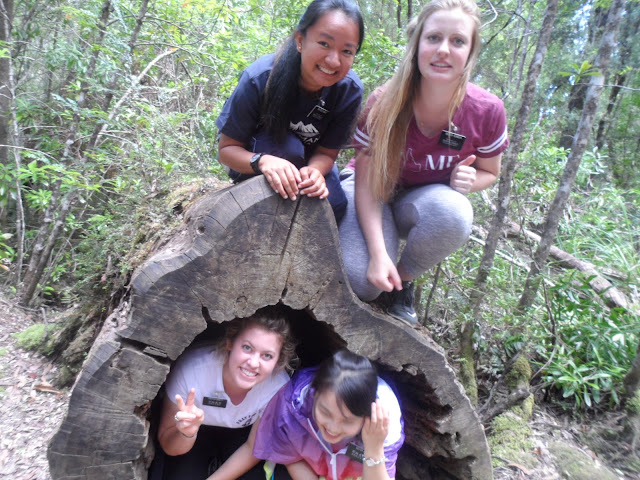 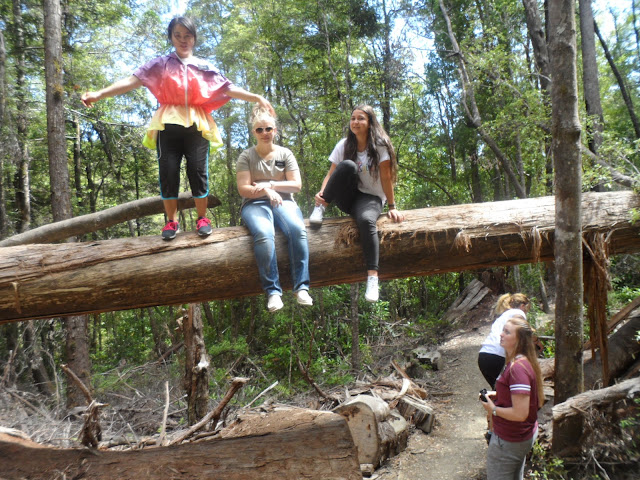 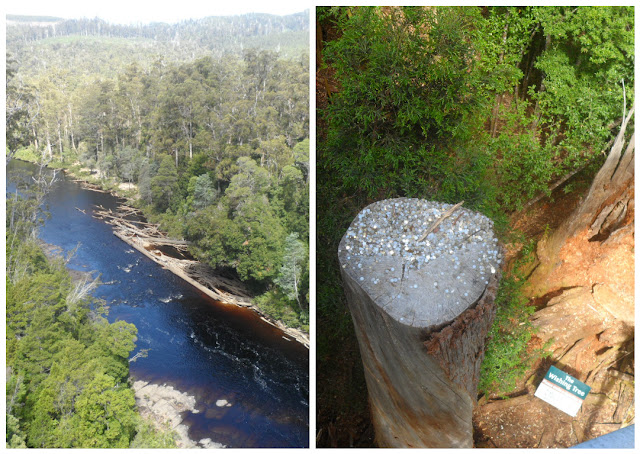 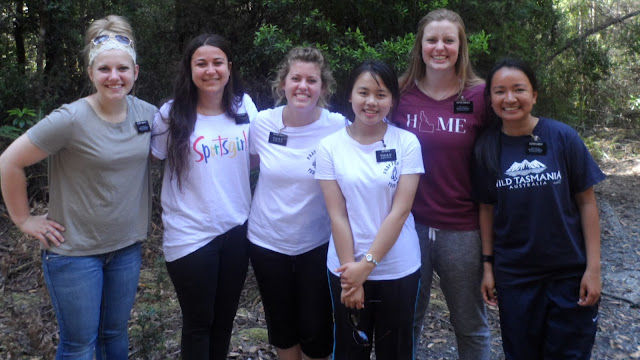 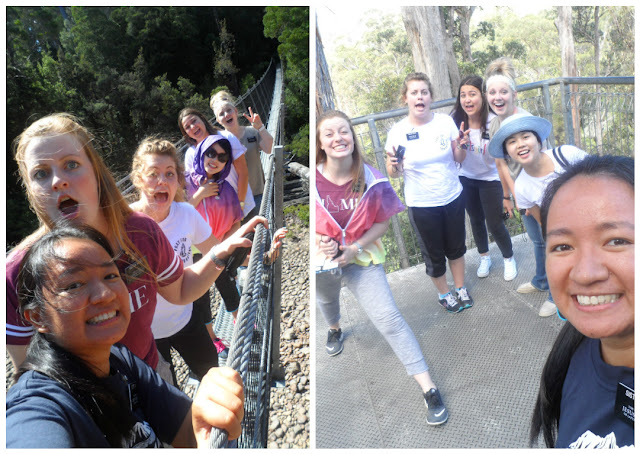 Jan 10, Tuesday - We had interviews today.  Sister Vidmar was quilting for her 1st grandkid. 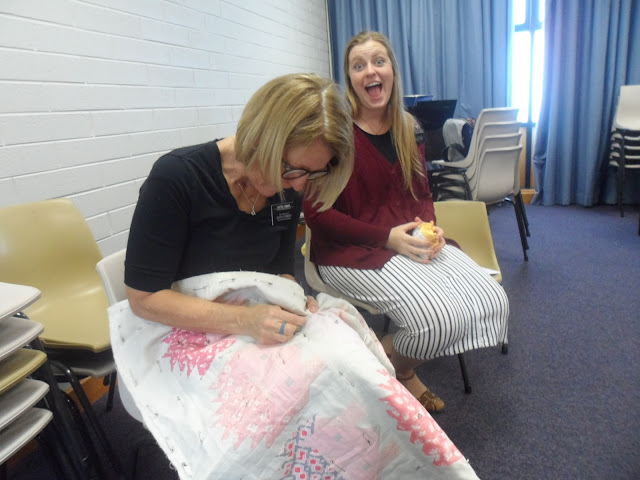 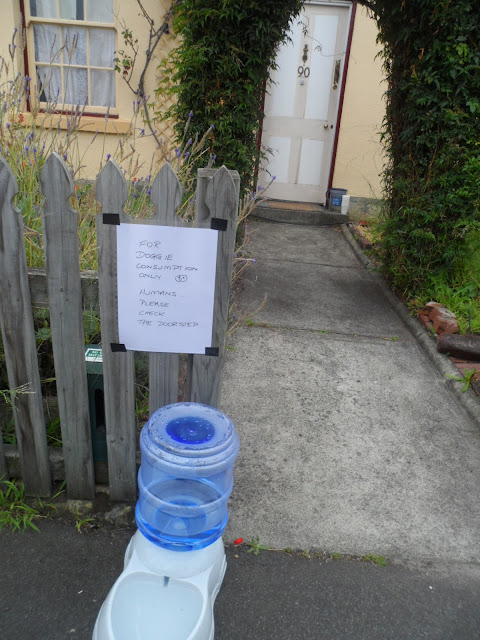 After the interviews, we had exchanges with the Sandy Bay Sisters. I was with Sister Li and we GQed in Sandy Bay. One resident had water for the dogs while water for people was by the doorstep...good samaritan for minding dogs and people on a very hot day like today.

Chinese Sisters didn't do tracting but we tracted a house where Sister Li saw some Chinese. Indeed, there were Chinese students and we shared about Jesus Christ. They gave us their numbers so we could set up a time to meet them. (Realized my Chinese skills had not improved a bit.) Then we traveled back to Launceston.

Jan 11, Wed - We were visiting a former when we saw the McPartlins.  Malachi said 'it's the Sisters'..haha..so cute. Turned out that Sister Haley's mom lived right next to Narene, the former. We also found that they knew Narene, fasted and prayed for her, and that her grandkid passed away recently. Narene was not home so we would come back another time.

We stopped by Michael and he invited us in but we had no member with us so we shared the Plan of Salvation outside his house.  He said he liked the POS but did not want to come to church because of social anxiety issues.  We would come again and planned to bring a member so Michael would feel comfortable.

We met Kerren and shared about the importance of partaking the sacrament, then we also tracted around Ravenswood and met a few new contacts.

We then drove to Deloraine for the Stake Mission Council Meeting, SMCM. We talked about the Ward Mission Plans and Stake goals for 2017 with the Stake Presidency and President Vidmar over Skype.

We visited Paul and Jackie with Jackie's grandson, Connor, from Melbourne.  We talked about the Nephi and the three Nephites.  Connor's interest was stirred when he learned about Nephi who showed powers at certain times over his brothers. We also talked about Faith and Repentance using the pamphlet, which we learned later that Connor took with him back to Melbourne.

We tracted around Newnham today and found some new contacts, then we attended Ward Council.  The ward aimed for 15 baptisms this year, a number which would either discourage or inspire members.  If we want to achieve this goal, we would need to work with members more to engage them in missionary work.

Jan 13, Friday - Did weekly planning today then out to visit some people.  We shared the Plan of Redemption with Bev and Alma 37:35-37 with Rebecca and her kid,  Abbey.  Miracle to get hold of Rebecca.  The missionaries had been trying to visit her but she was always busy with her Dad in the hospital.  Her Dad died last week and she was grieving but she let us in.  Abbey said she missed church and wanted to come back to learn more.  She identified the principle of prayer in Alma 37:35-37 even if the word 'pray' was not mentioned at all..so cool.  We meet Robert, Rebecca's husband, non-LDS.  He asked to be taught by missionaries years ago but was upset when he felt he was pushed for baptism.  He talked to us a bit then we said a prayer.  Rebecca said she would come back to church but still busy working for the papers of her deceased Dad. She said we could visit her again though she did not commit for a return appointment.

We had two families, Baba and Saha and brother Padam and Namay. They came on Sunday and the baptismal service but didn't understand the speakers. Language barrier. We visited them again, Bro. Peri came with us and shared an awesome lesson. Padam said that he would keep coming to church until he could understand. T.T. so much spirit this family. Despite the language barrier, the presence of a church member made the difference. Babi and Saha loved the church experience but hardly understood what was being said during Sacrament Meeting.  We explained the Priesthood and authority in many different ways and analogies but couldn't understand anything.

Jan 14, Sat - Bread Run today. Days ago we met Sheldon.  He was painting his trailer when we parked and got off the car. We said "Hi" to him and he said, "I am a member, come teach my family.  I have 15y.o. son and my wife is kind of against the church, but we can study together." So we gave him bread today and confirmed our appointment with him the following week.  He knew the Wheeler family and so we planned to invite the Wheelers.  His name was not in our copy of ward list but when we printed a new one, we found his name.

Jan 15, Sunday - Today was Mason and Alice baby Mali blessing. Kino came to church with his daughter, Sarah (8). They did not stay for classes but we got a return appointment with Kino which was good. We fasted today.  We are doing Fast and Four Yous for four Sundays this January for 4 solid investigators we were working with. Zone goal: 4.