Challenge hike to the Duck Reach Power Station, finding Mem, Spider moments on Christmas eve, Christmas lunch with the Challis, skype with family and Christmas presents..Thank you All for your love!

Dec. 19, Monday - The Gorge. This pathway was closed after the flood 6 months ago, now it's opened.  Then, we went to hike the Duck Reach Power Station, challenged ourselves to run/power walk and made it..hahaha..from 90 minutes to 60 minutes. 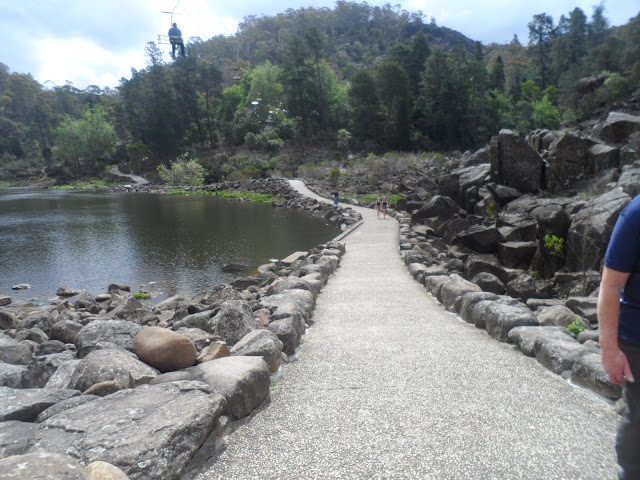 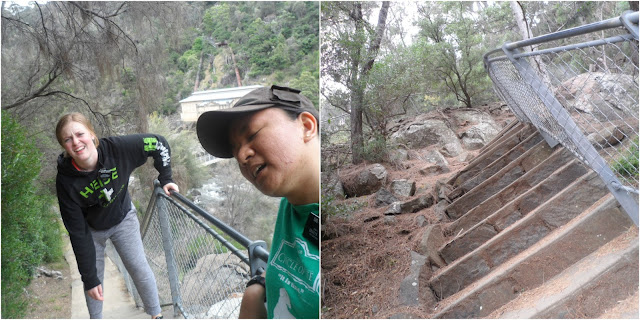 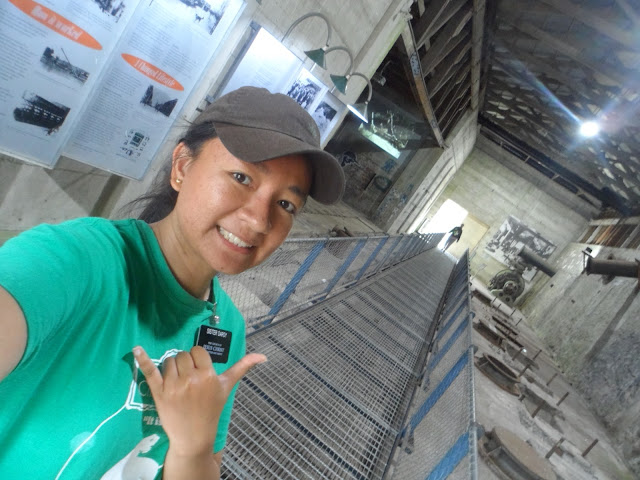 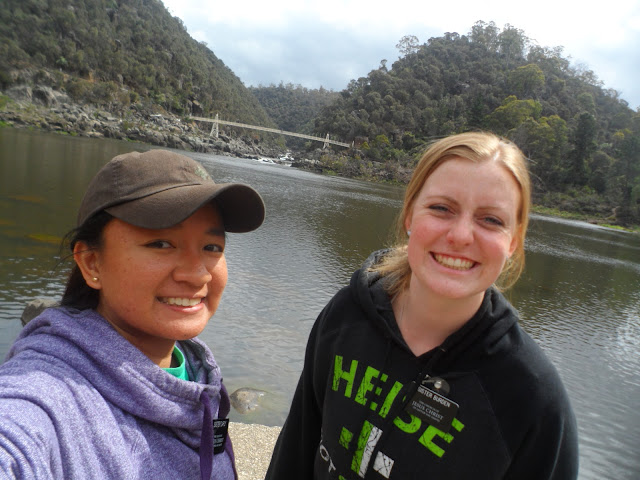 Today, we shared a meal with the Pawson family.  They served us lamb cutlets, chicken tenders and salads..YUM. We then joined their family home evening in the music room where Brother Dawson played the piano.  He read a Christmas story and we shared 1John 1:5-7.  We then helped wrapped some boxes for the Bishop's Blessing Basket. 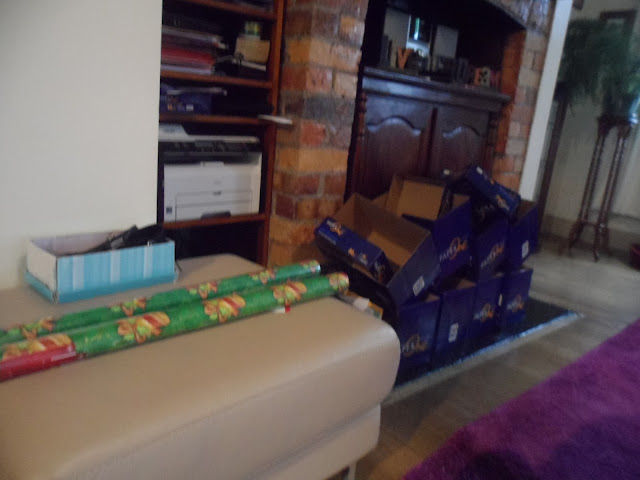 We then drove to meet Teresa; her daughter, Agok, opened the door. She told us that her mom was preparing to go to bed. We got to talk to Agok for a while and shared with her the Book of Mormon.  She accepted the Book of Mormon and told us that she will read it when we go.  She said that excitedly so we got excited, especially also that we got a return appointment for Friday this week.

Dec 20, Tuesday - After our District Meeting, we drove to Sister Jones. Sister Jones was turning 96 years old and she was busy baking raspberry pastry when we came. She rolled her own pastry, so much for a 96-year old woman.  Lots of energy! We sang Silent Night with her.

We also visited the Randalls and showed them the #LightTheWorld video.  They gave us both presents - handmade lace bookmark and a Christmas cake. 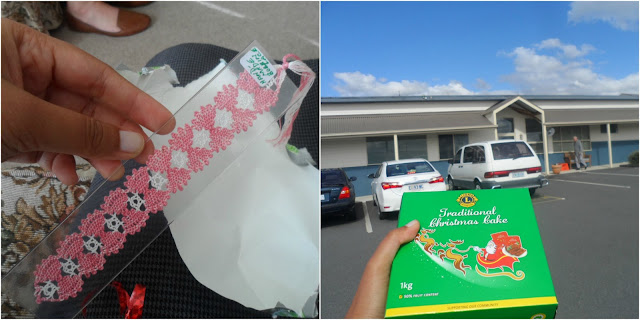 We then shared a meal with the McPartlins and had family home evening. We also played games with the kids.  Great family! Both parents taught the kids the gospel. 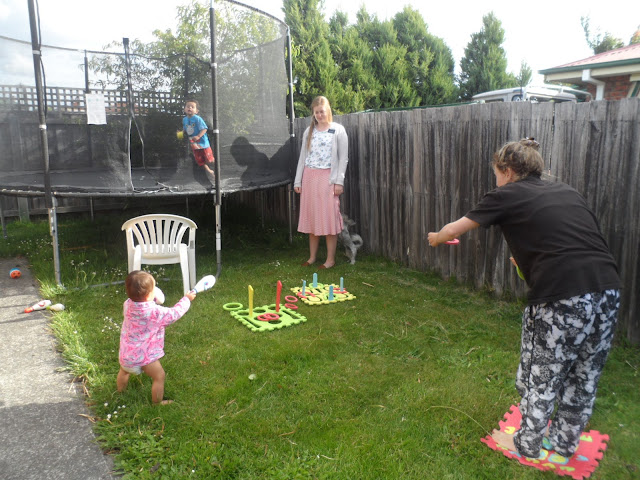 We then visited the Scott family and also showed them the #LightTheWorld video. Awesome Christmas decors in the house.  Brother and Sister Scott were diligent with home and visiting teaching. They told us about their granddaughter, Brielle, 10, who came to church and primary class but not baptized yet. Since Brielle's parents are not so active, we planned to help Brielle feel comfortable in church and primary classes.

Dec. 21, Wed - Today, we worked in Invermay, visited some formers and met Brett.  Brett said that he was busy at the moment but would like to meet with us again.  He was waiting for his meals.  We thought of having Brett in our bread run list.  Invermay is a humble area and so was most of our areas.  Then we tracted Herbert St and asked if they know anyone who would be interested to have us.  There were a few people who told us not to tract in the units of the houses we just went to because these were dangerous. Hmm...

It was very hot today and we walked for almost 2 hours visiting people in streets nearby.  I think this was the most walking I had done in Tasmania.

We had dinner with Sister Barnes and she invited her friend, Amy, and her 2 kids.  We shared to them the video; Amy and the kids liked it. They are meeting the JW but Amy said that she would also love to meet with us after the holidays. Sister Barnes also served a mission and was awesome by testifying to Amy about the gospel and a Christ-centered Christmas.

We also visited the Tarawhally family where we met their friend, Josephine, non-LDS.  We shared to Josephine the video which led us to sharing the Restoration. Josephine had heaps of questions but said she only believed in the Bible and no other book.  She would always ask "Is it in the Bible?" to everything we said.  She was not ready yet.  We loved visiting the Tarawhally family because they always have visitors or friend every time we come.  They had strong connection in the African community.

Dec 22, Thurs - We used a new planner for our weekly planning.  Couldn't believe that it was the last week of transfer!

We went to the home of a former investigator but found out that they moved.  We found Paul and shared a discussion with Paul and Jackie about the enabling power of the atonement. Paul was a former SDA minister but was not doing it anymore.  He loved to talk to us but he expressed that he would not be convinced with anything we say.  We then knocked 2 doors before going back to the car.  We met Stacey, a mom of 2 kids.  She was very lovely and said that she would love to have us over after the holidays.  A few of the former investigators we visited were not ready still, maybe in a few months.

We visited Rosslyn in the age care. We shared to her about the importance of prayer in Alma 37:37.  Most members here were older people; the younger ones either moved or became less active. (But it's fun to teach older people; we just needed to find younger families.)

We went to the park for a picnic dinner with the church members.  We met Melissa, the former Sister Hadfield.  She served in this area for 6 months and opened Tasmania for sister missionaries 3 years ago. 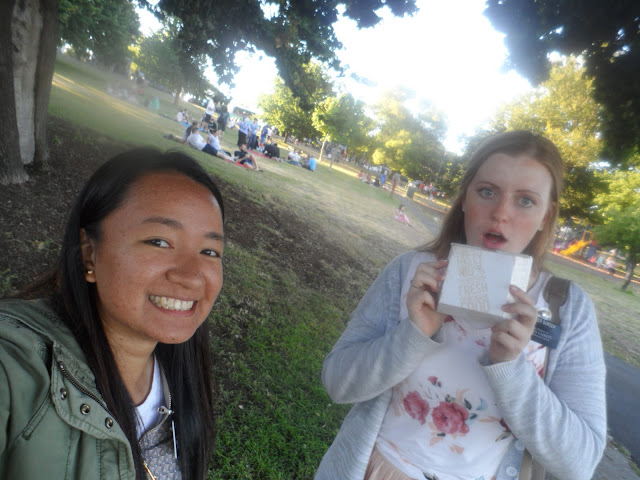 We also met the Tripptree family, the family of Sister Tripptree who was with our mission while waiting for her visa, and now serving at Temple Square.  The family was so lovely and gave us heaps of lemon.  Just perfect for us since we had runny nose for the past days.

We visited Edda and shared a Christmas message with her.  She was still set that she could be both Catholic and Mormon.  Today was very hot - 30 deg. C.  I saw a sprinkler and we ran into it..and our clothes would dry again in minutes.

We visited a former investigator who lived in 8 Walcorm St. according to the records and her name was Mem.  We knocked at 8 Walcorm and no one was there so we left a note. We tracted the whole Walcorm St and met Olive, an older lady who was not really interested but would like to have us back to chat.  We continued tracting the 16 units of 11 Walcorm St. The families we knocked into were not really interested and told us that all the people were Christians already. But we still continued knocking. When we knocked at 8/11 Walcorm St., a lady opened and asked, "Are you from that funny church?" We told her that we were from the Church of Jesus Christ of Latter-Day Saints.  She invited us in and told us her name was Mem. The previous missionaries might have written the address wrong and did not realize that 8 was part of 11 Malcorm.  Mem offered us lime drink which we badly needed because it was really hot.  She said that her first missionary contact was with the Elders 10 years ago. She didn't believe in God but she pondered when we asked her about her purpose in life. She accepted to read Alma 18 and we got a return appointment to meet her again tomorrow. Miracle!

We then shared a meal with Sister Roser, like a Christmas dinner.  She gave us presents and bonbons.  She had a good sense of humor and strong faith and testimony of the gospel. 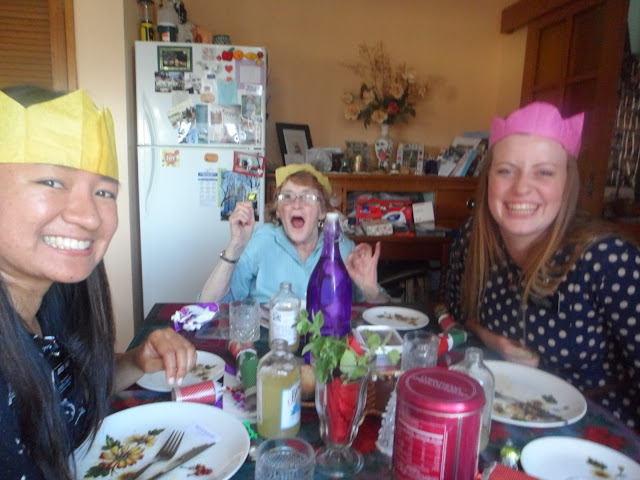 Dec 24, Sat - We did a special bread run today because Brother Pawson gave us bread last night. We also met with Babi who was a former investigator from Bhutan.  She was really nice and we shared with her the #LightTheWorld video. After watching the video on the Ipad, the kids continued to watch other church videos in the Mormon Channel.

Bishop called us if we could help him visit a few families and we were excited.  We met the Thomas family who we tried to visit yesterday but no one was home. Today, Sister Thomas got a day off. We shared the #LightTheWorld video. 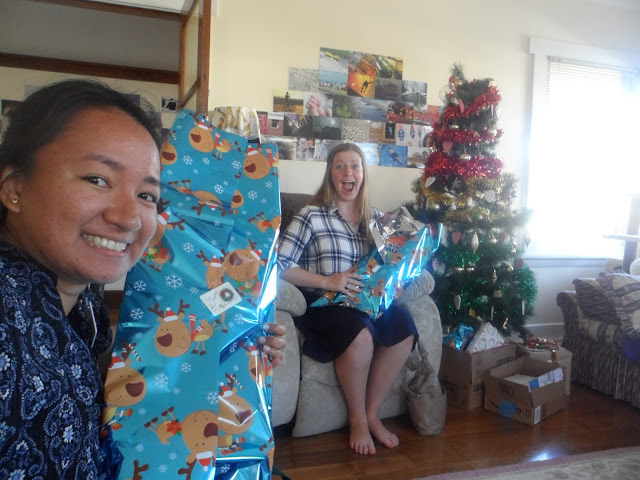 We also visited Sister Birelle and we read Luke 2 with her.  She was 90 but still determined; and gave us presents as well.

Christmas Eve. The Huntsman visited us, looked small in the camera but really huge, as big as my hand stretched. Never had I seen much unity and teamwork, planning and action between me and my companion to get rid of the Huntsman.  Christmas blessed our companionship with unity..hahaha.. 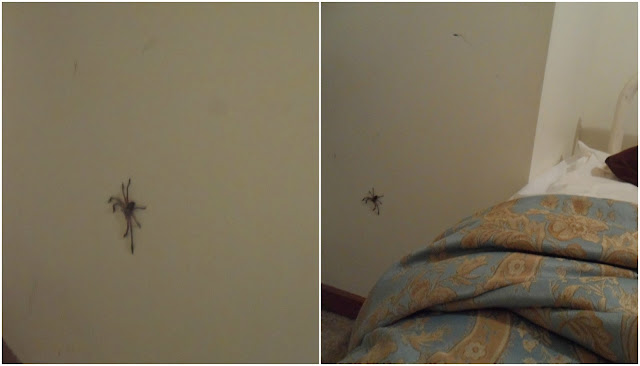 We dragged our beds to the living room and slept with the Christmas tree. 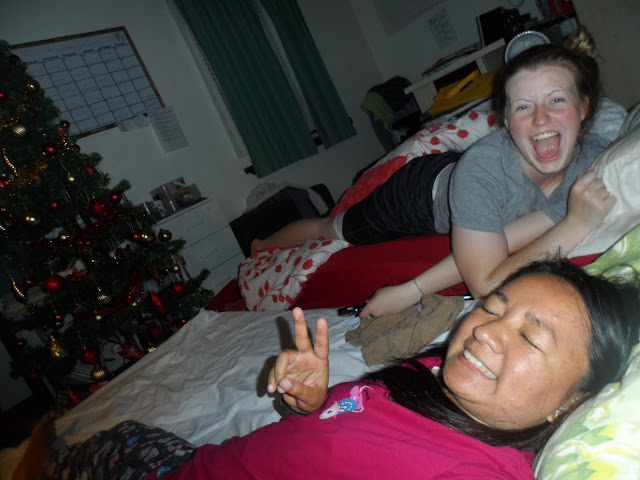 Dec 25, Sunday - Then we opened our presents in the morning,Christmas Day. 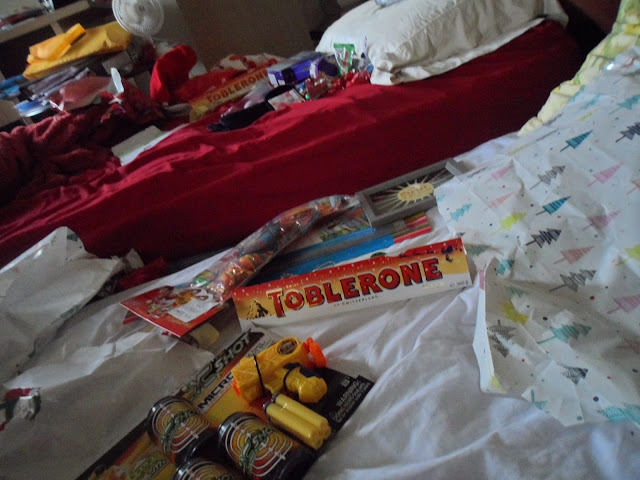 In church, got a photo with Alex and Emma who would be leaving to Brisbane later today. 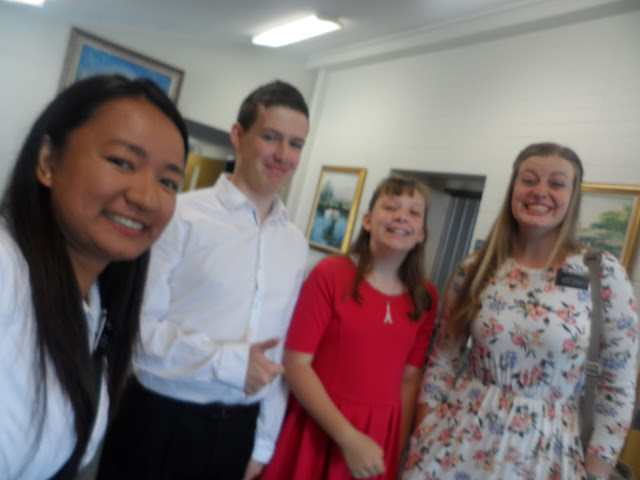 Joined the Challis family for lunch 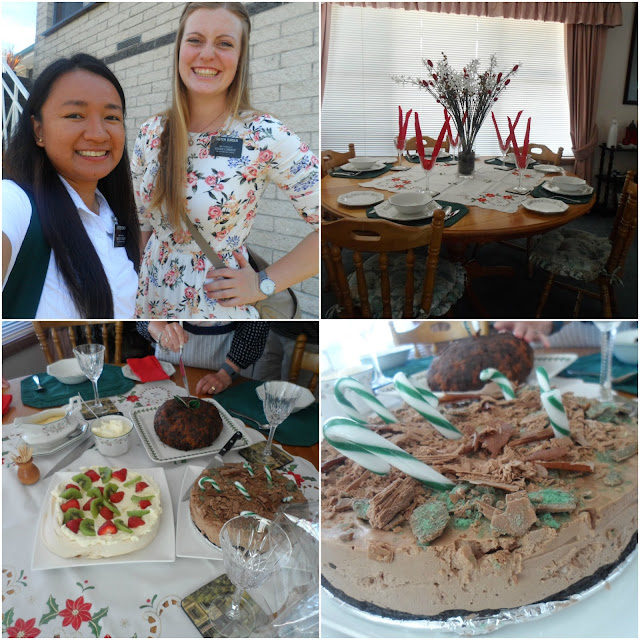 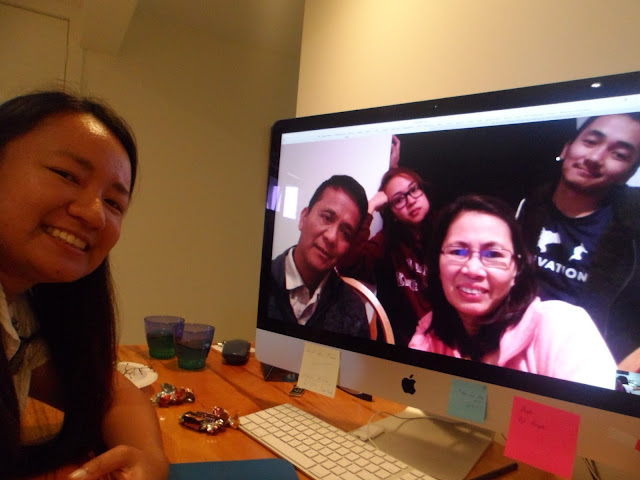 Then my companion had her turn to skype with family. 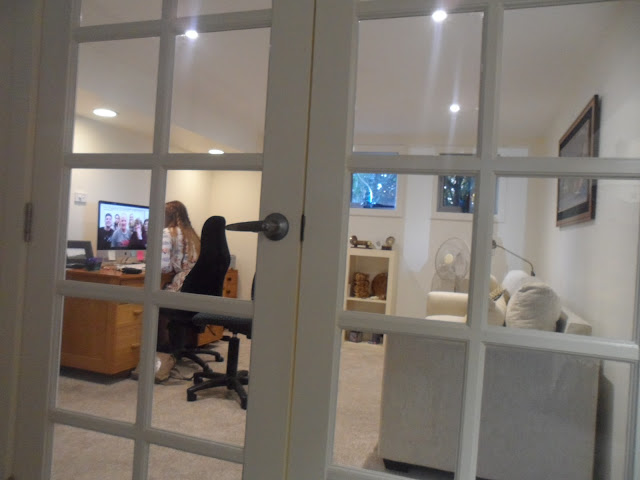 I played the piano while waiting for my companion. 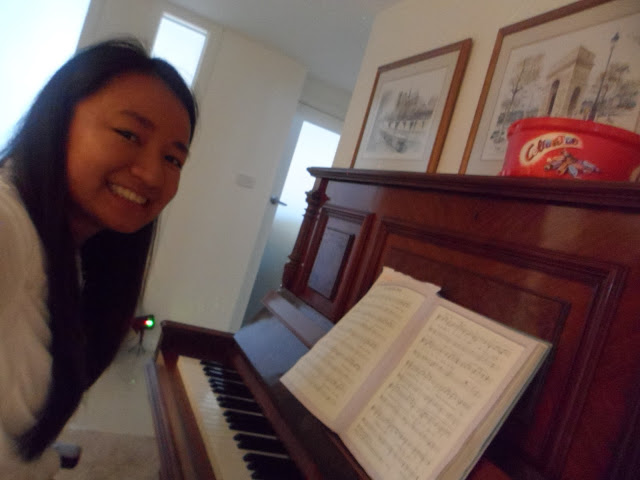 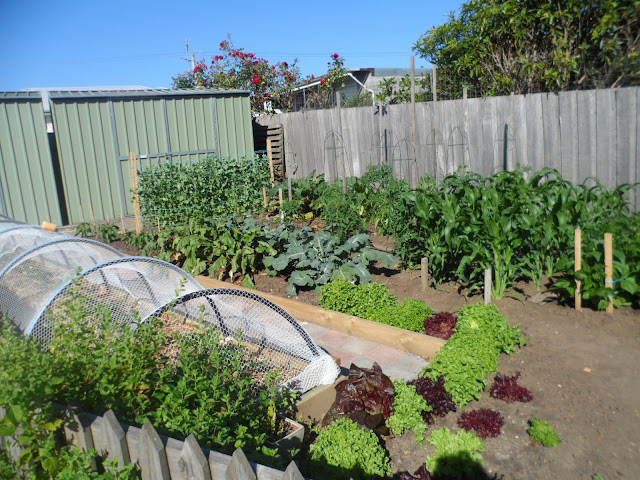 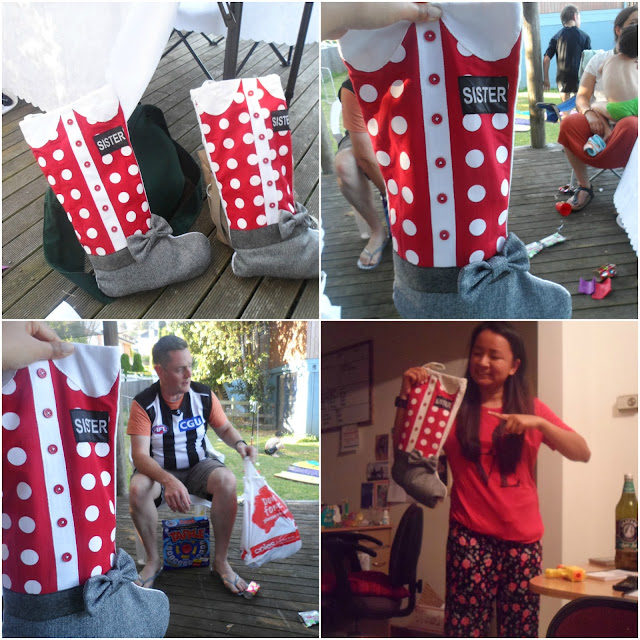 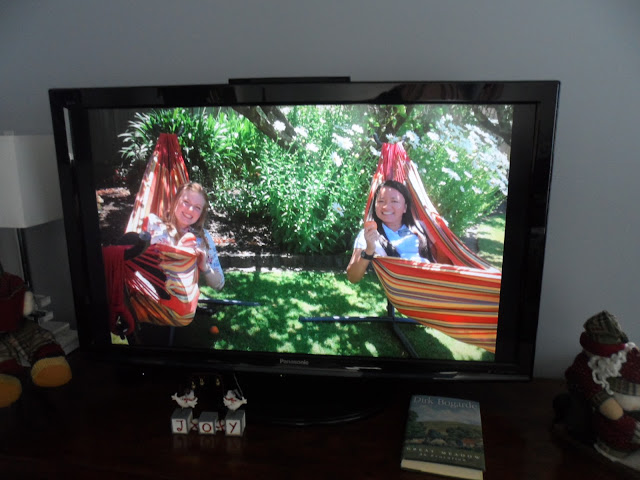