P-Day at Riverview, visited Perth and Hobart, exchanges with the Sandy Bay Sisters, Zone Christmas Party with the Vidmars, Jason's miracle, and many more... 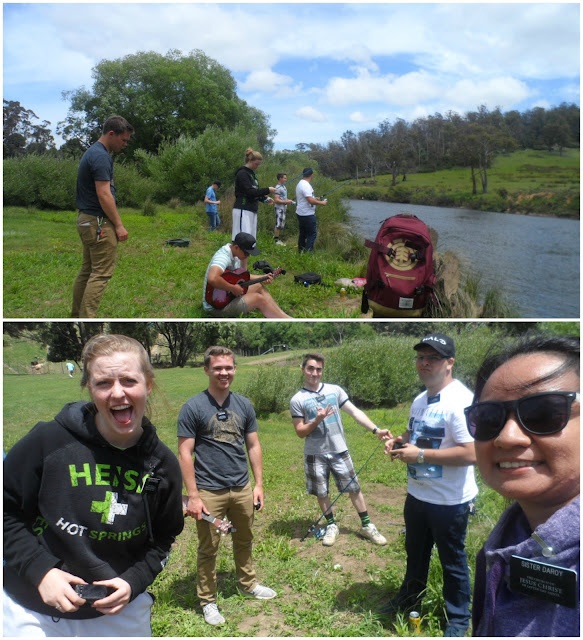 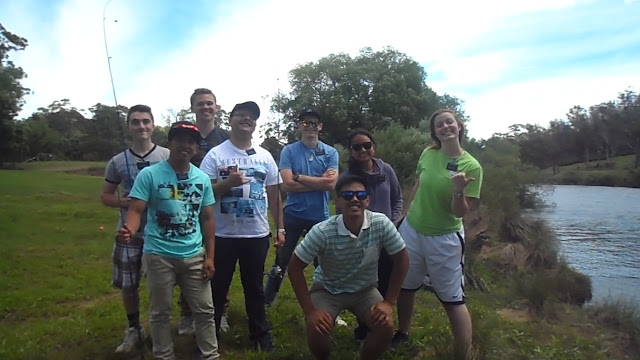 We then continued to look for souvenir shops in the town. The big Christmas tree and Quadrant Mall behind us... 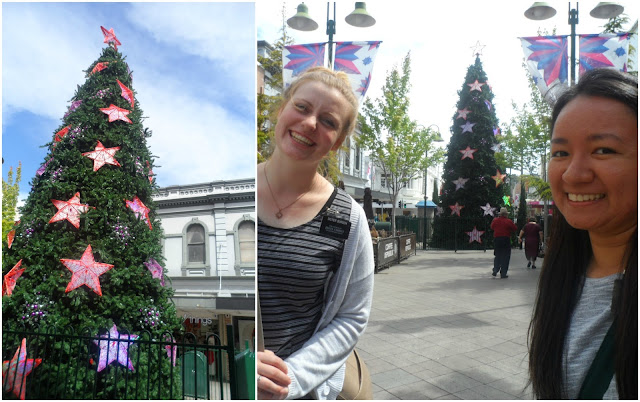 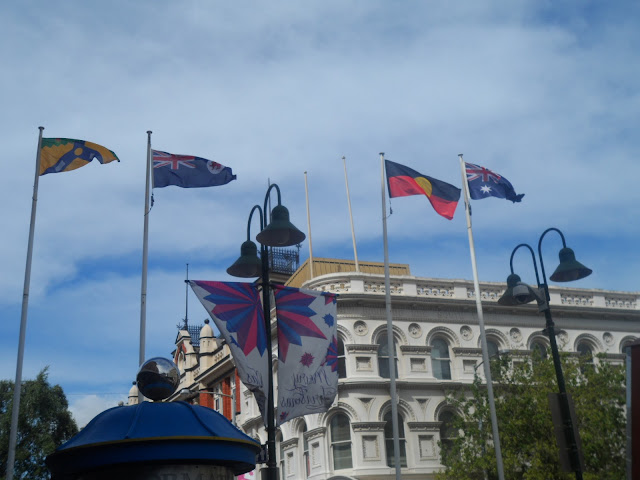 Had dinner with the Wheeler family; also visited Bec and met other ward members helping her in the kitchen.  She offered us Dory Ice cream and we shared with her #LightTheWorld video.  Bec had been through a lot with her Dad in the ICU, but despite all, she remained true and strong. 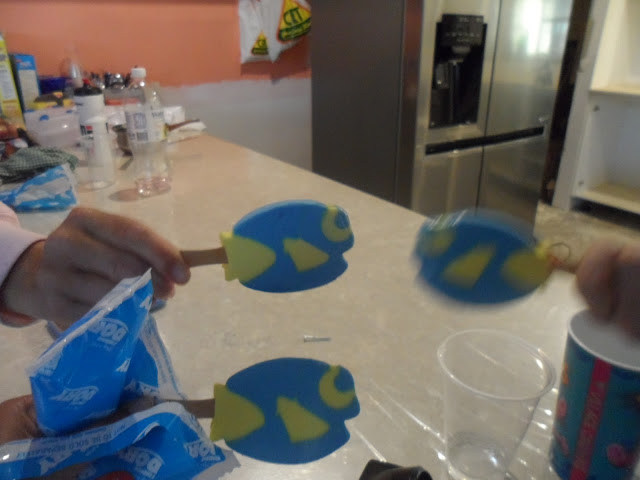 Dec 13, Tuesday - After District meeting, we visited Luz, mom of Kathryn, the investigator being taught by the elders.  Luz is Filipino, lost both her legs after an infection of in-grown toenail, but she remained positive and strong.  She wanted her daughter, Kathryn, to learn more of the church and be baptized.  Luz was introduced to the church by her husband. Then we then did some visiting and tracting in Perth; some were receptive to our Christmas message. 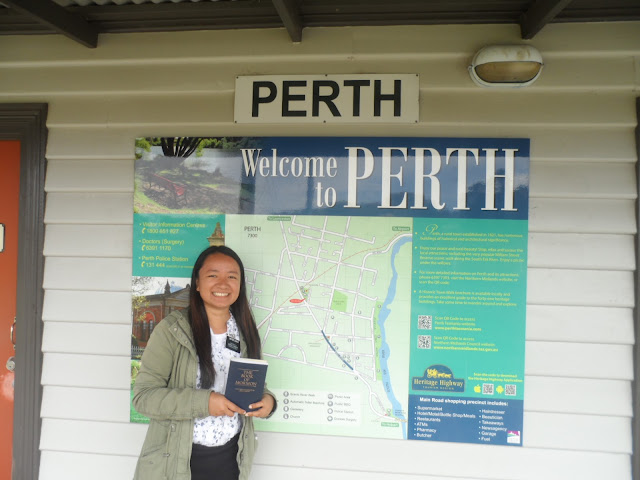 We then continued to Hobart and stayed with the Sandy Bay Sisters.

Dec 14, Wednesday - Exchanges with the Sandy Bay Sisters. Nativity stickers on the window of their flat. 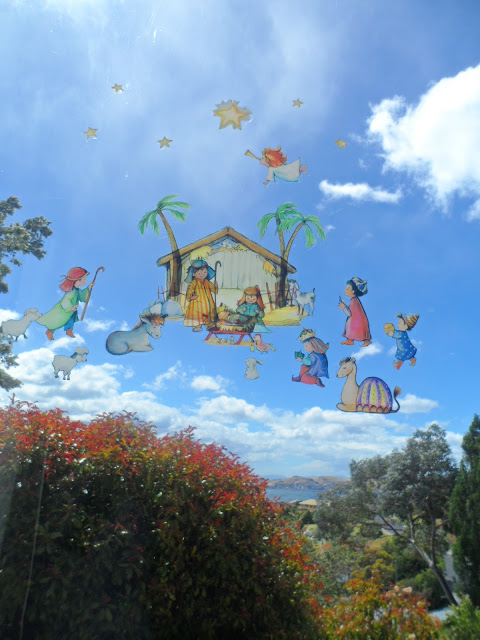 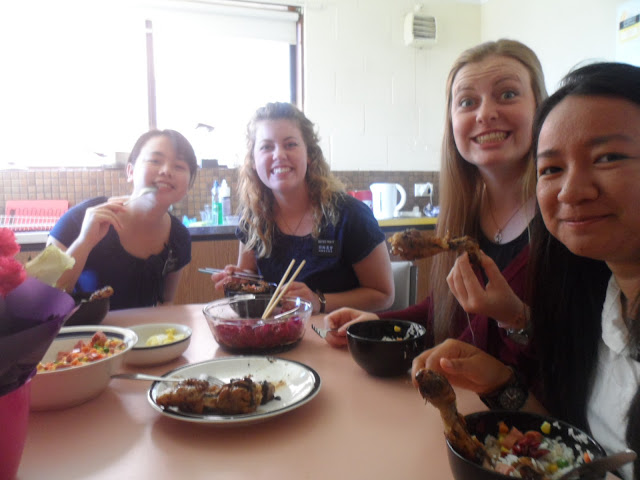 Lunch after studies to get ready for the day.. 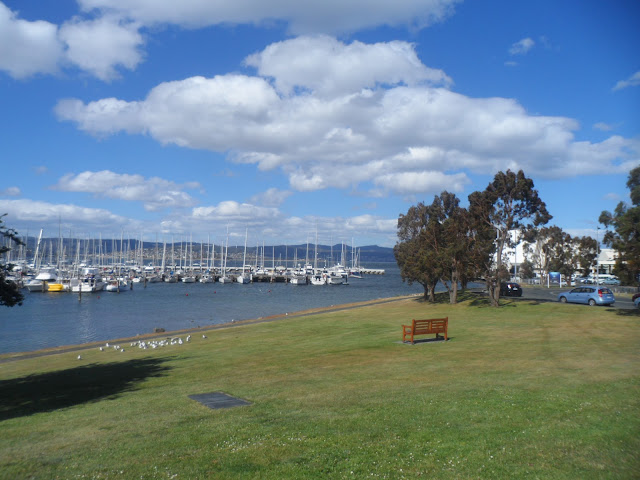 The Sandy Bay usually GQ..while walking found this tree with fruits, sour, good to eat with salt but didn't know its name.. 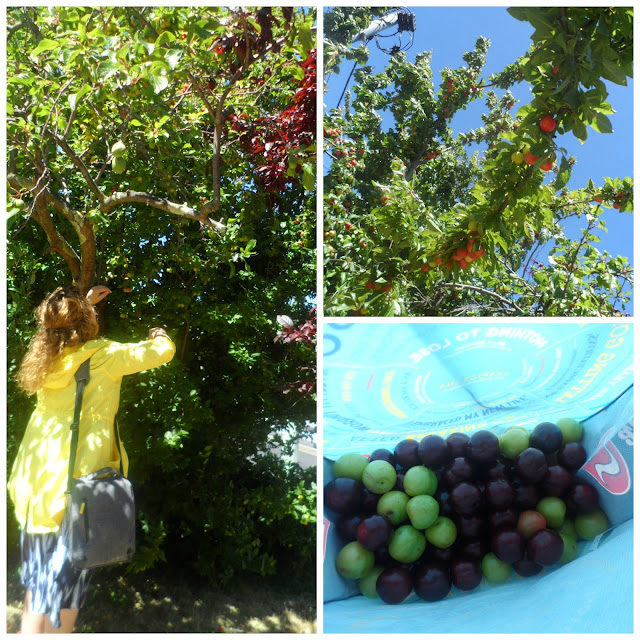 A miracle for today..It was very windy and we stopped a guy named Jason. He said he was not interested to join a religion but he studied the Bible.  Sister Pratt did all the talking as his English was not that great and my Chinese was no better. He was not interested but we gave him our number, Book of Mormon and pamphlets. Two hours after we parted, we received a text message from him saying that he read the pamphlets and wanted to meet with us again and learn more. Miracle!

Dinner with the Glen Huon Sisters at Sandy Bay flat. 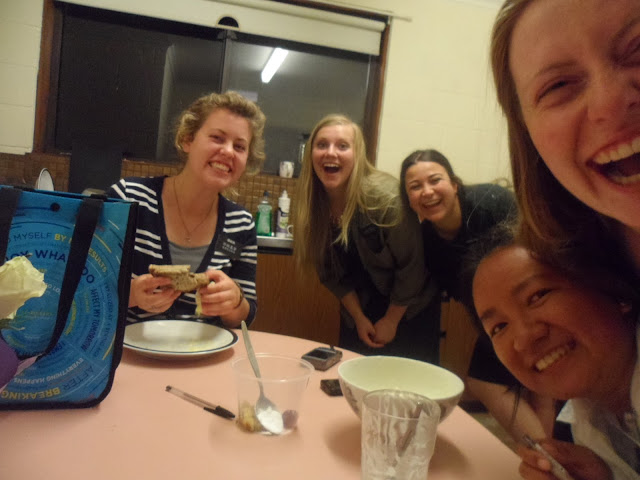 Dec 15, Thursday - Exercise time.  The Glen Huon Sisters showed us the damage of their car when hit by a loose trailer because of the strong winds yesterday. This happened while they were about to start a lesson at an investigator's house; the adversary's way of stopping them but failed. 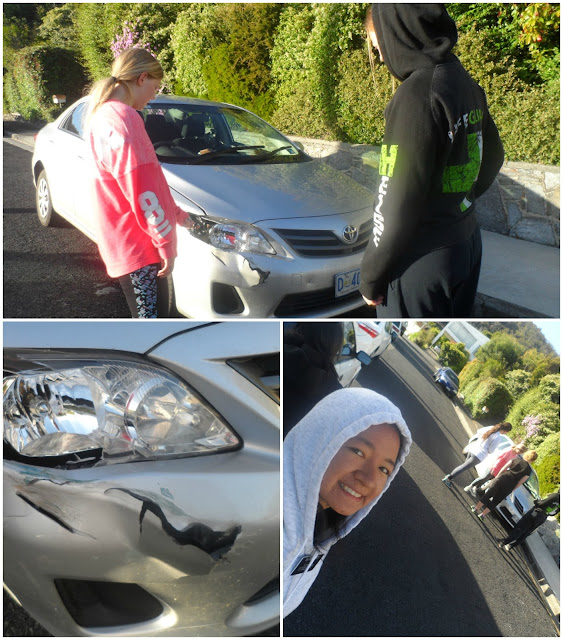 Our Zone Christmas Party with Pres. Vidmar.  A gift to the Vidmars - Kangaroo skin with messages from Us. 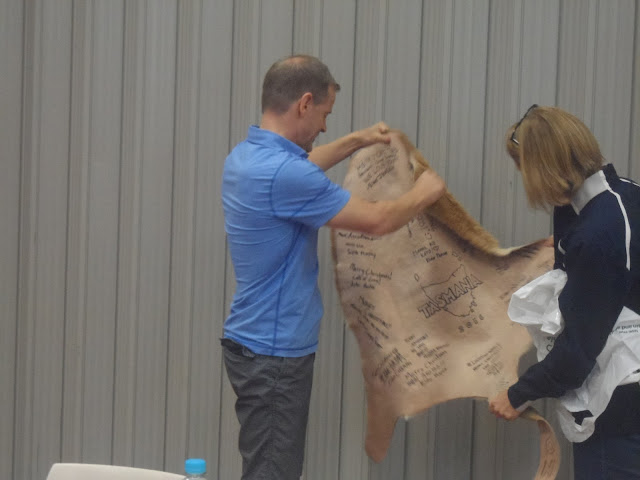 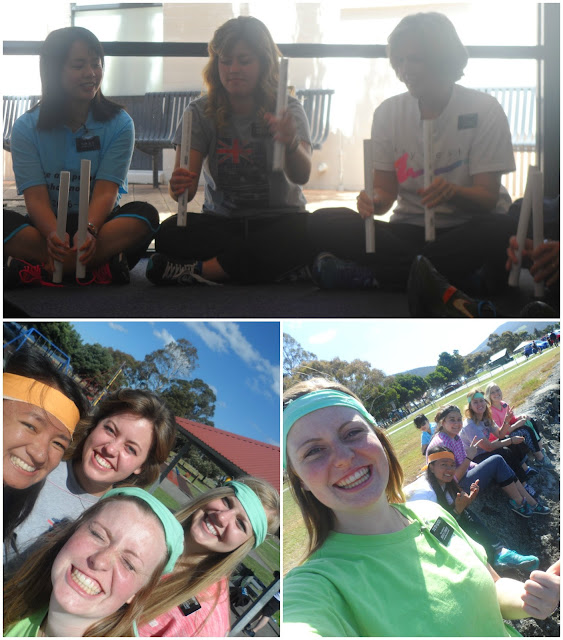 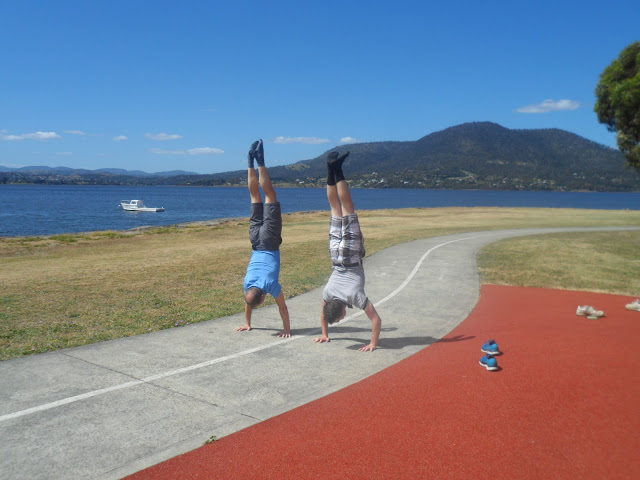 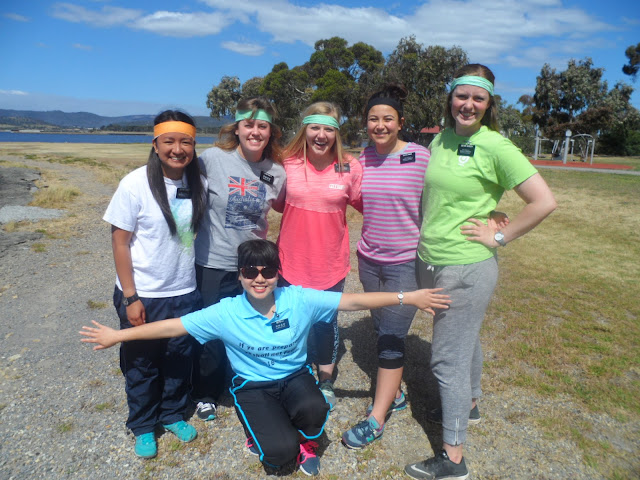 Photo above: The TAS Sisters
Photo below: Dinner at an Italian restaurant 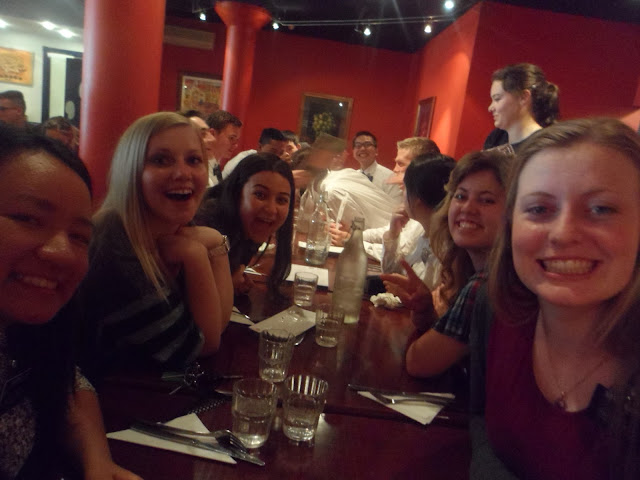 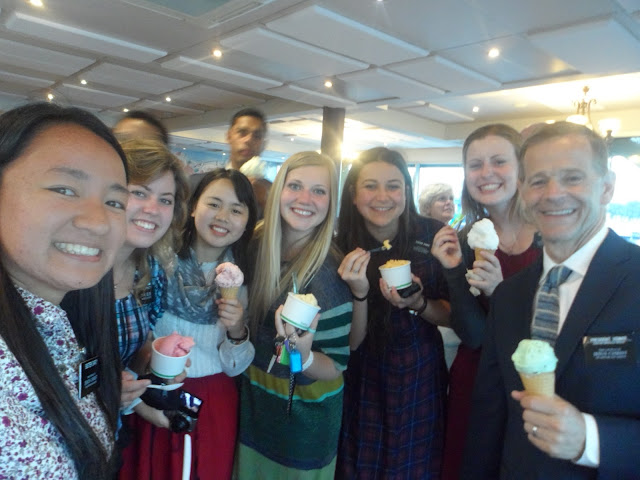 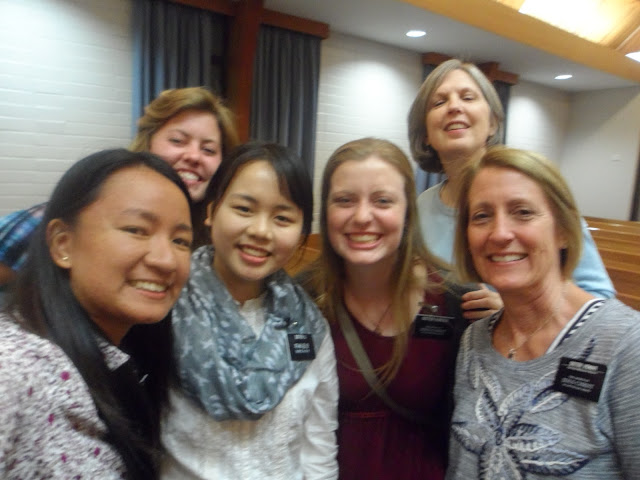 The Vidmars gave us awesome gifts and a Mission emblem - necklace for the Sisters, lapel pin for the Elders. 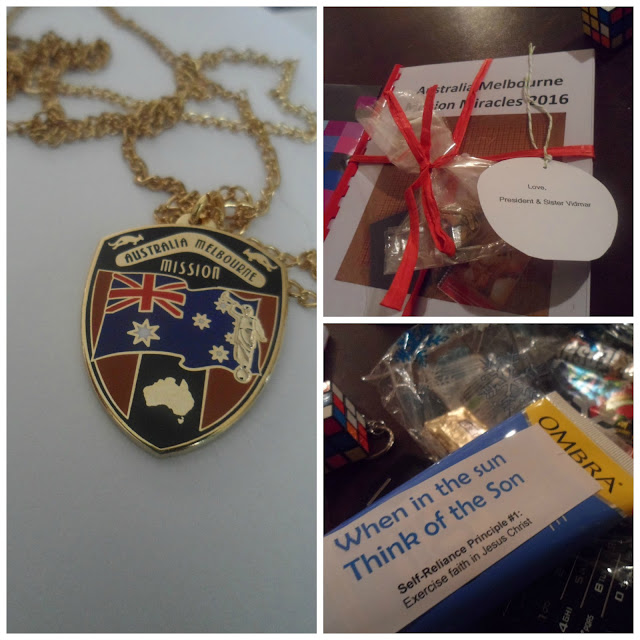 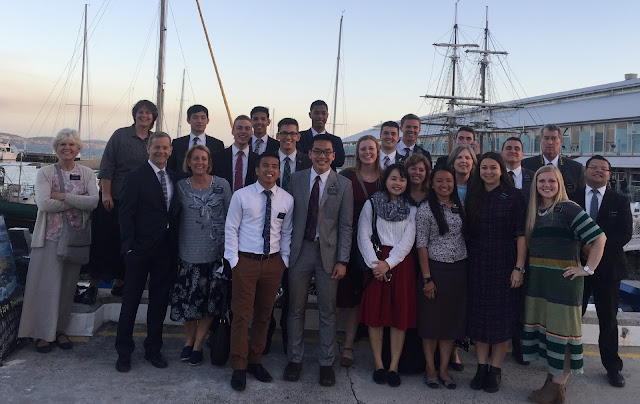 Dec 16, Friday - Shared a gift with the Sisters 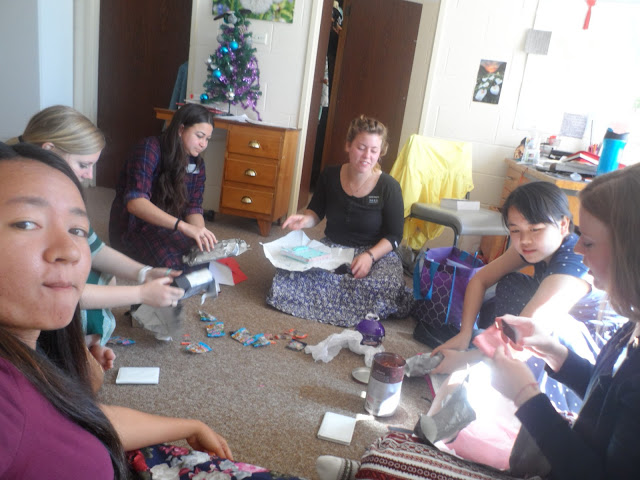 After DLC, on our way back to Launceston, we bought fresh cherries, very sweet! 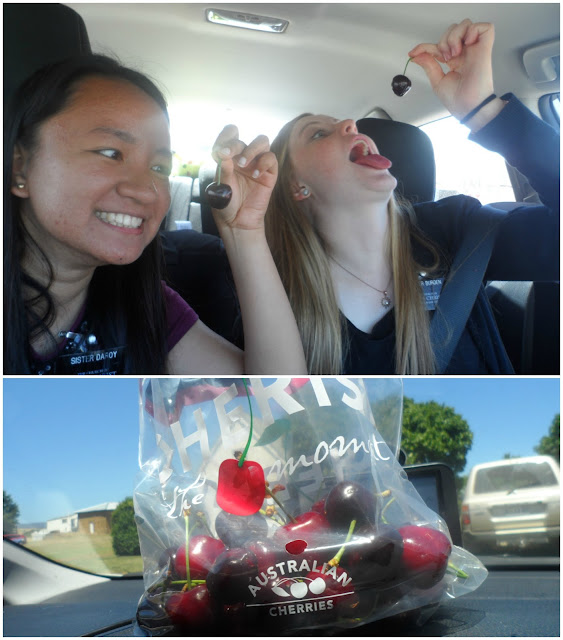 We made it to the Ward Christmas Party!  The McPartlins invited Sony, a friend from Nepal, her first time to visit the church. Awesome family for inviting Sony! 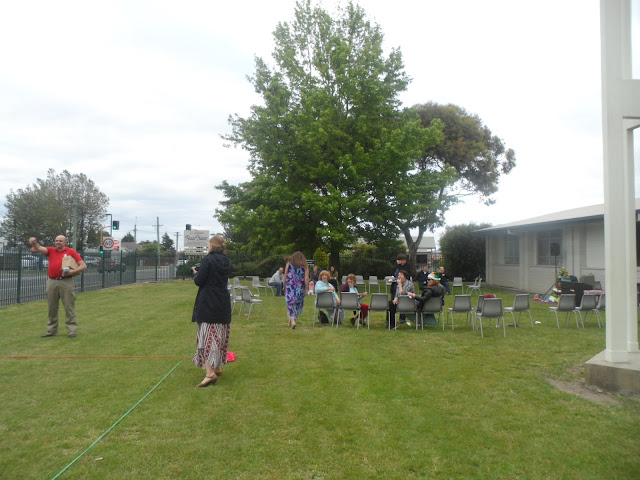 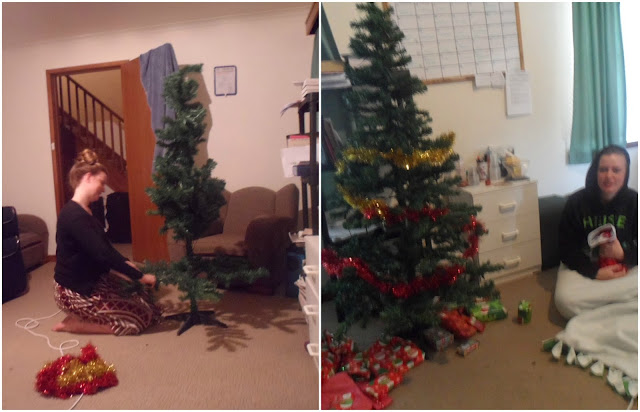 In our flat, Sister Burden fixed our tree.

Dec 17, Saturday - The Elders' excited faces for the Bread Run. 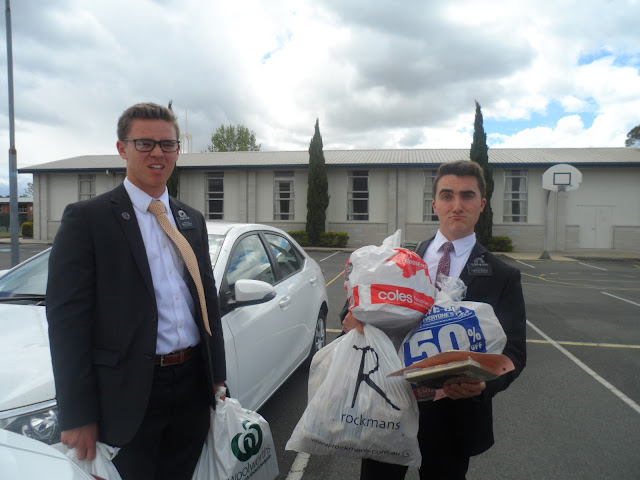 We met Adam today and followed up about his readings of the Book of Mormon.  He said he bought a new book, The Power of Now, and read it instead of the Book of Mormon.  We read 3Nephi 11 and invited him to read more.  I thought of how the adversary stopped people from finding the truth.  We also visited Kerren, then Peter.  Peter convinced us to drop our faith and receive the Gift of the Spirit evidence speaking of tongues.  We dropped the bread and continued to hold on to our faith. 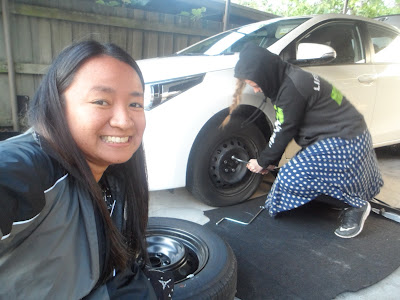 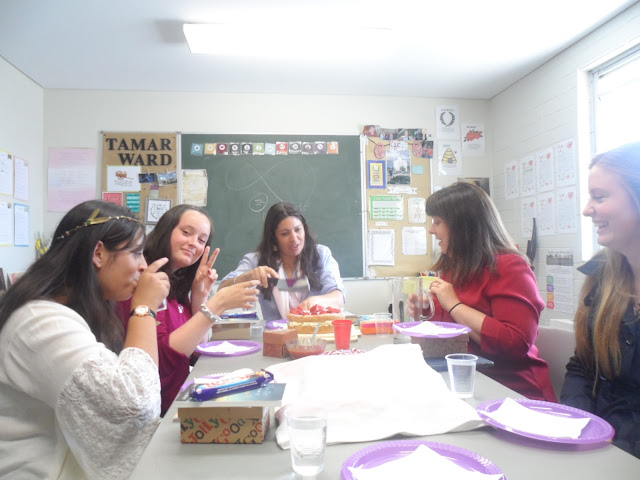 The Johnstone's will be leaving next Sunday. 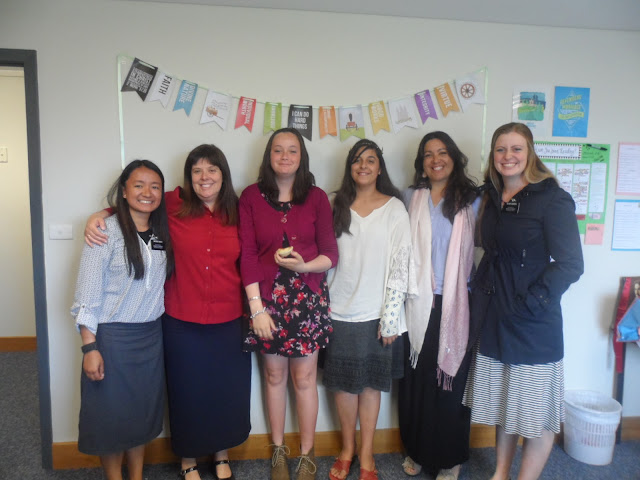 Dinner with Sister Kaye and Maddi; Kaye gave us presents; Maddi was excited for their trip to Melbourne. 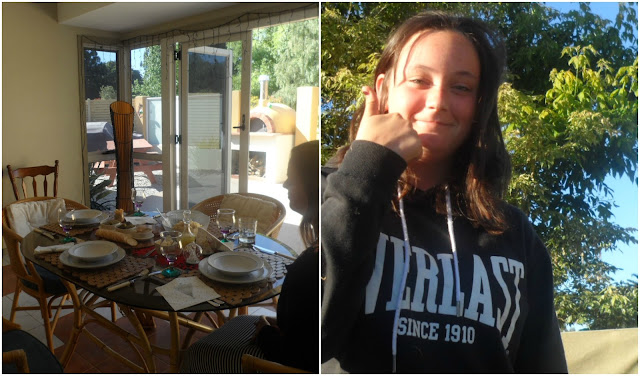 While visiting Kaye's place at Swan Point, 40 kms away, we visited other people on the ward list at Gravelly Beach.  We were able to contact three of them, also met Dennis from Brisbane.  We shared to him the Restoration and said that "you might get me to join your church." We invited him to read, pray and talk to missionaries upon his return to Brisbane.