Dec 5, Monday - The usual P-day.  We went to Penny Royal near the Gorge for souvenir items, then to QVMAG Art Gallery which showcased art works of students, then to the city center for other souvenir shops. 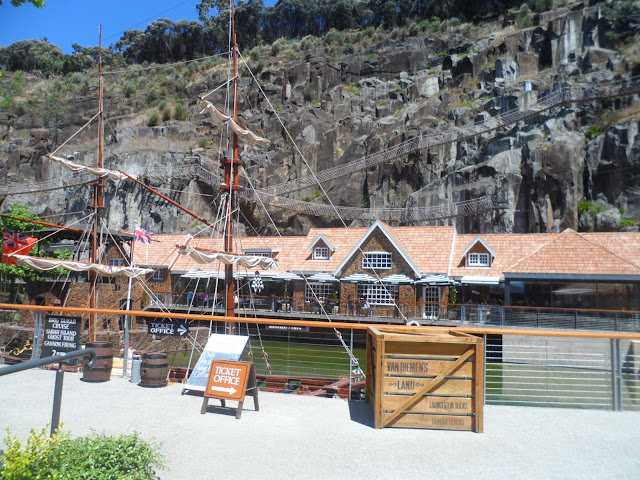 Jackie then drove us to the airport for our flight to Melbourne.  Too late, we learned that our flight was cancelled due to the storm in Sydney and the aircraft would not arrived.  The mission office booked another flight for us tomorrow. 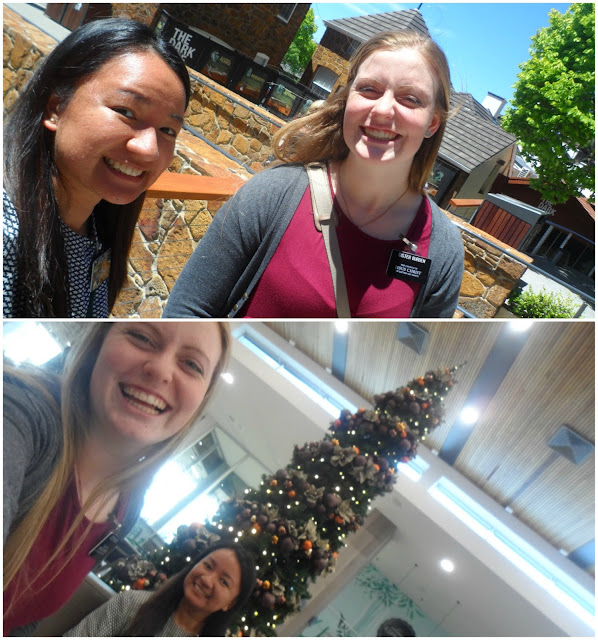 We called Jackie again to pick us up. As a penalty for disturbing the family home evening, we helped make truffles, which the family named Phantom Drops, for the less active youths in the ward. 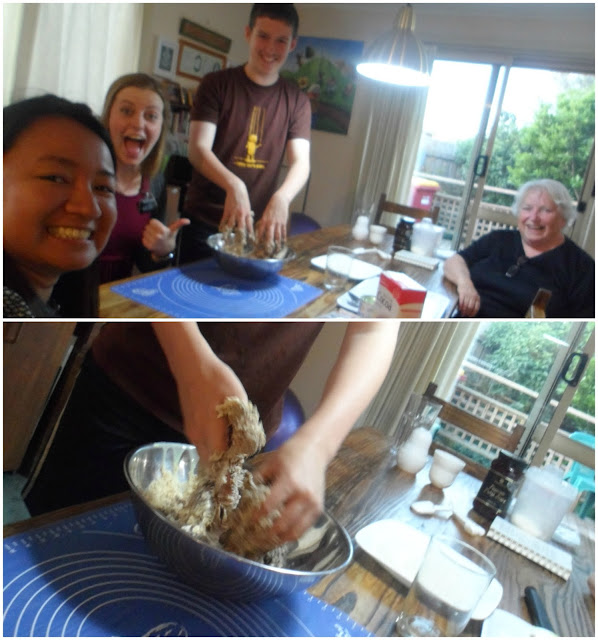 Dec 6, Tuesday - We left home at 5:30 am and drove to the airport as it was too early for Jackie to drive us.  The West Side STLs picked us up from Melbourne airport.  It was a good time to catch up with them regarding the successes and miracles in our areas. 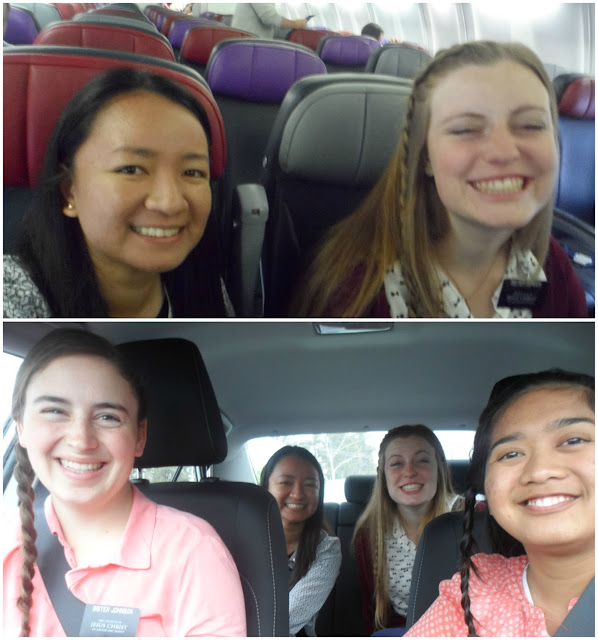 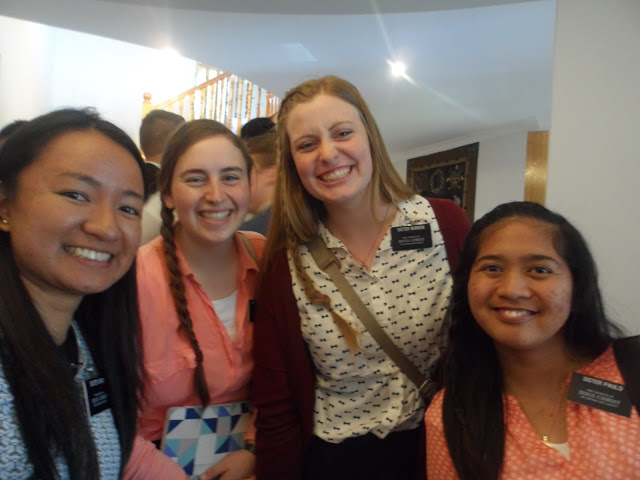 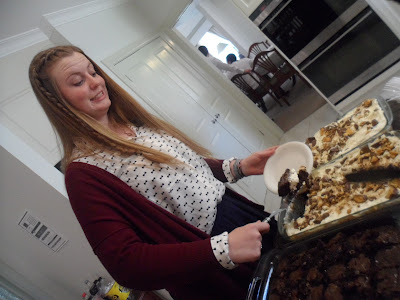 With caramel and choco fudge for dessert, Sister Burden was stoked.
Hanging from the Christmas tree in the mission office were printed badges of the missionaries serving in the mission.  On top of the tree were the badges of Pres. and Sis. Vidmar. 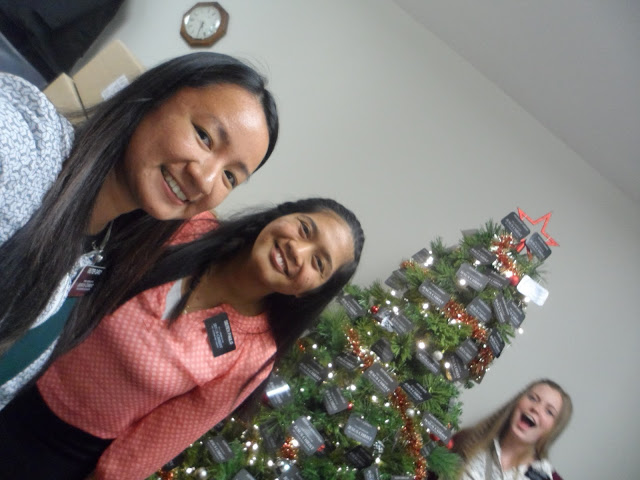 On our way back to the airport, the Assistants and Zone Leaders shared some of the unforgettable memories in the mission.  When we passed by Flemington which is part of Footscray area, Elder Howell mentioned how time flew so fast when we used to serve in Footscray.

Dec 7, Wednesday - We helped Sister Clark's neighbor, Rosemarie, with her raised garden.  Funny thing was Elder Nilsen helped build this garden a year ago, and now he was back to help break it down.  Rosemarie cooked a very good lunch and dessert.  She used to own a restaurant and cooked.  We shared the #LightTheWorld with her. 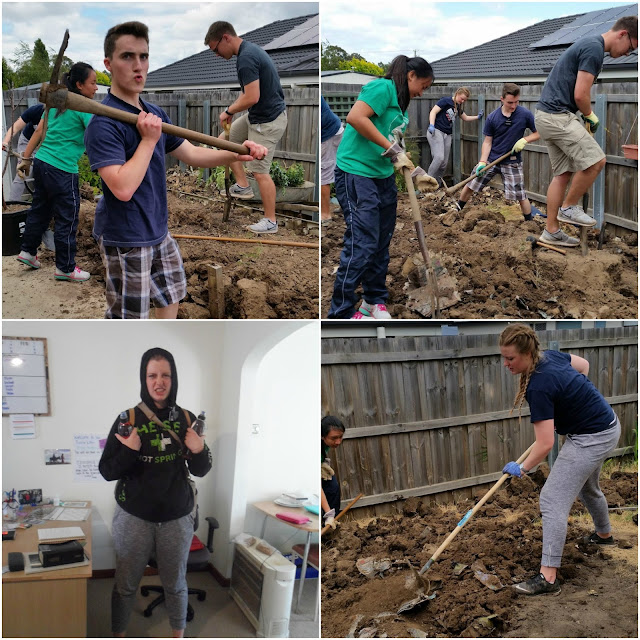 We tracted Perth.  It was amazing that the people from the first and last doors we knocked, Andrew and Patlouise, were interested in learning more of the church.  Then we rushed to  Deloraine for the Stake Mission Coordination Meeting with Stake President Walters and President Vidmar (on skype).  President Walters emphasized working with members by working on splits with them.  On our drive back to Launceston, we called on Sister Vinen and other members regarding their progress to share the #LightTheWorld.  Also met Willard Ruvinbo and set a teaching appointment this Saturday.

Tonight, the Sisters from Hobart and Glen Huon would stay with us for the Zone meeting tomorrow. We prepared dinner..actually Sister Burden did all the cooking..haha..she cooked spaghetti.  It was good to catch up with the Sisters and the miracles in their areas.  I am grateful to be able to serve with them; they were hardworking and diligent. 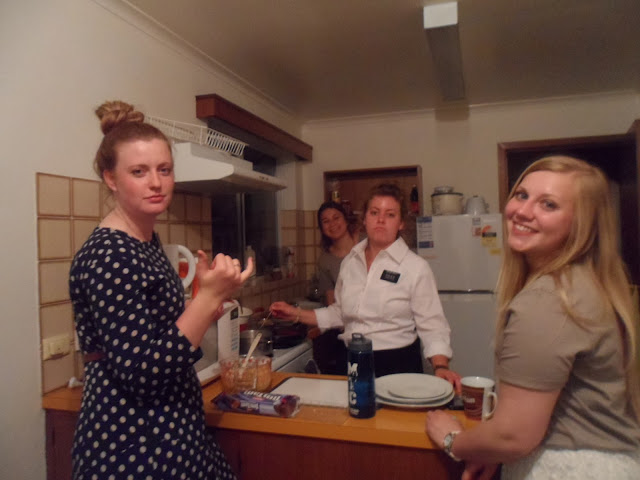 Dec 8, Thursday - Zone meeting: My companion and I gave a training of working with members.  We shared the steps that Pres. Vidmar shared - PLAN-PREPARE-PERFORM- EVALUATE, the steps to use when preparing members to share the gospel to their friends.  We made it a bit different.  Instead of Evaluate, we used PROGRESS, thus 4Ps, easier to remember.  PROGRESS, to follow-up the members and see their progress and their friends' progress.  We also used scripture Mark 5:18-20. 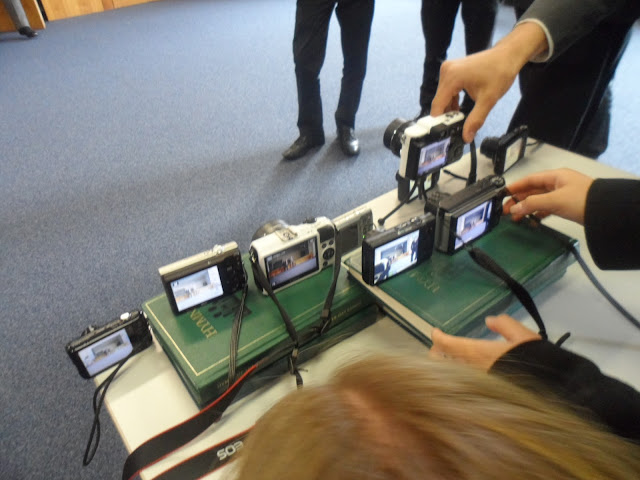 The struggle of trying to get a Zone photo. 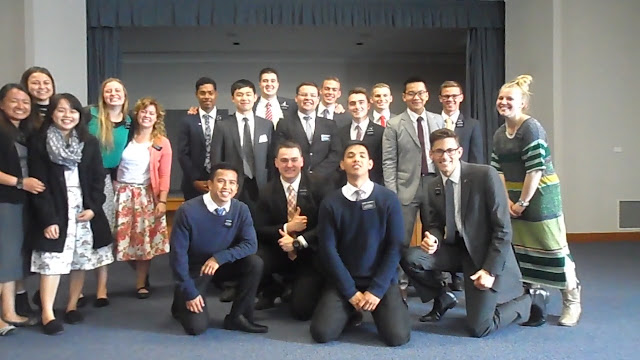 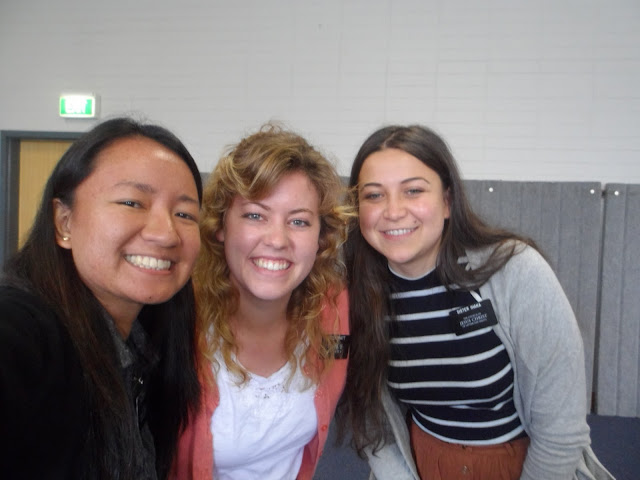 After the Zone and District meetings, we tried to visit former investigators but none was home.  We then joined the ward council and caroling around Prospect area where 3 of our recent converts moved.  We joined the elders in singing carols and giving of cards and gifts.  It was fun to be able to sing Christmas songs and see the smiles on their faces.  We also got the chance to ride with Sister Honey who just got back from the States to attend her daughter's wedding.

Dec 9, Friday - Today, we did a number of visits to  members and non-members: David and his questions about prophets and races, to which we were able to address and he wanted to learn more about Jesus Christ; Rachael, to whom we shared the #LightTheWorld and 3Nephi 11:2-7; Mario, whom we spoke to over the fence, said he attended Church of Apostles, but said that modern apostles not necessary because of pastors; Saga, 13, from Nepal, said he would like to visit Church but would ask parents' permission first; Kaye, who said we could come back to share message.We then had a meal with the McPartlin.  Brother McPartlin was born in the Philippines, moved to Australia 10 years ago, met the missionaries 2 years ago, was baptized and got sealed to family last January 2016.  Awesome family - they raised their kids, 2 boys and a girl, in the gospel.

We called Leanne earlier, she said she was not feeling well and would love a priesthood blessing, so we called Bro. Challis and Bro. Peri. When we went to Leanne's place, she was not home and nobody answered the phone. We got the chance to catch up with Bro. Challis about Sandra. Then when we went around the area, we met Paul (through Bro. Peri), a former investigator, and his kids.  We gave a card to his daughter and she said that she would check out the website Mormon.org.

Dec 10, Saturday - We joined the RS sisters with their Christmas card making and breakfast prepared by the brethren. 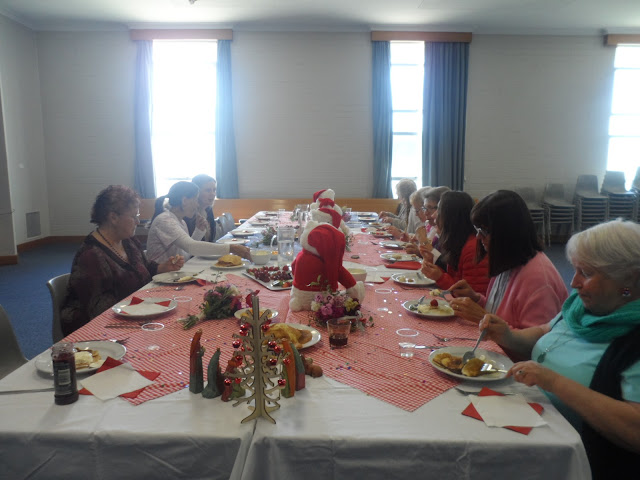 We then sang carols at the age care facility beside the church and gave the elderly flowers.  What a great activity!  We then visited Alison and found out that she was moving to Perth.   We also visited a few names on the ward list that we haven't met yet.  Sad, they had been members for a while but stopped coming.

We met Willard Ruvinbo today and shared the #LightTheWorld.  Willard was so excited to do the calendar and plan what to do.  Willard shared that our visit last Wednesday was a miracle.  When we knocked, he stopped vacuuming and turned off the vacuum cleaner.  After we talked, he went back to his vacuuming, but as he turned it on, it blew.  Willard said that if he hadn't turn it off for a while to talk to us, it could be more worse, it could have blewn harder and could have caused fire,  because of overheating. He said that we were God-send messengers.

Dec 11, Sunday - Bishop invited us to join the ward fast for Brother Gugliotti ho was in the ICU.  After church, we met a former investigator, Elfreda and her daughter Victoria. Victoria asked us to share more so we shared the Restoration.  She said she will read the Book of Mormon and visit the church.  We also met Shana who had 4 kids and agreed for return appointment next week.  We then joined the ward for Soup Sunday and Christmas Devotional.  Then we drove to Legana to meet a referral, Angela.  Angela was not interested to learn but accepted a copy of the Book of Mormon. Maybe she would read it or a visitor might see it..who knows?