Missionary work is really fun with lots of miracles when we strive to qualify for the Spirit.


Sep 12, Mon - We have the Griffith Sisters with us and drove them to the Mission Home because they needed something; and had our lunch there, too.  On our way home, we got permission to visit the Footscray Sisters, Sister Mendoza and Sister Manosig. Sister Mendoza had her birthday last Aug 31 and Sis Aitu and daughter wanted to drop some gift for her. They gave us chocolate cheesecake which was really good. It was really cool to catch up with them and to be in my previous flat again. The Sisters did a good job in rearranging it. 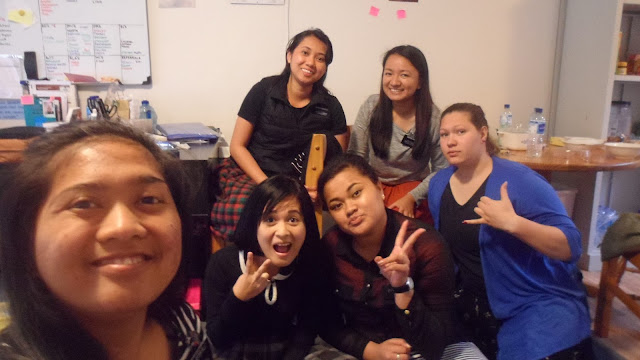 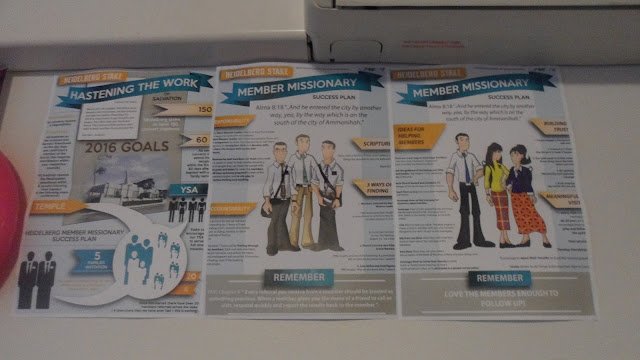 The Heidelberg Stake Missionary Plan.  So cool the Stake President was really engaged in missionary work. 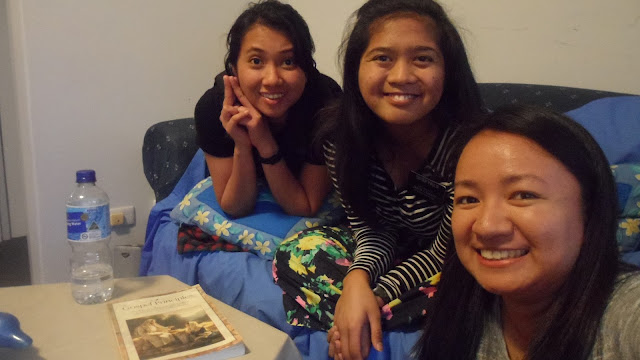 We and the Griffith Sisters had dinner and Family Home Evening with Nan and Donna.  We watched the Mormon message "Will of God" and sang hymns.  Donna said she would come to church..Yey!

We then dropped Sister  Paulo and Sister Aitu to the Tupou family for another FHE while Sis Nepia and me visited Jenti and the kids.  We played a game called Green Light Red Light.  Jacob and Daniel also opened the Mormon message showing kids singing "I am a Child of God" and they sang as well.

Sep 13, Tues - We were on exchanges with the Griffith Sisters. They attended the Point Cook District. I was also invited to give a training about "Teach when you Find, Find when you Teach" so I shared the experience of Ammon. After he taught King Lamoni, King Lamoni referred Ammon to his father and to his friend, the King of Middoni. (Alma 20)  Ammon found more people to teach after he taught King Lamoni. When they met the father of King Lamoni, Ammon was also able to teach the father when he saw the love Ammon had for his son and when he heard his son testifying with Ammon (Alma 20:26-27).

District lunch and finding followed.  We tracted Alsace Ave. while Sister Paulo and Sister Aitu tracted Deloraine Rd. After one and a half hours, we gathered again and got the information of contacts and potential investigators in the area.  We then visited Judy, Rachel and Lloyd, Yvonne, and Jean. The Sao family dropped us yummy Chinese take-out for dinner. 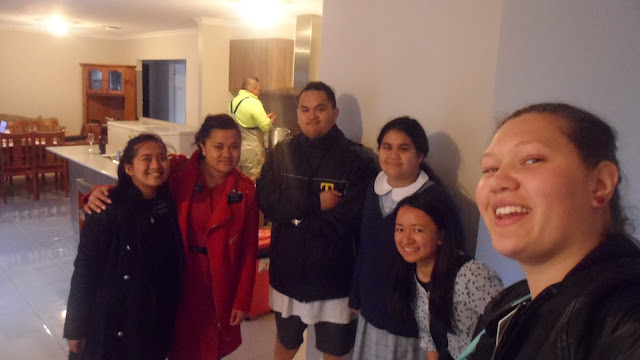 Sep 14, Wed - Golden review. We drove the Sunshine Sisters to the office for the golden review of Sister Lonitenisi, been out now for 3 weeks. 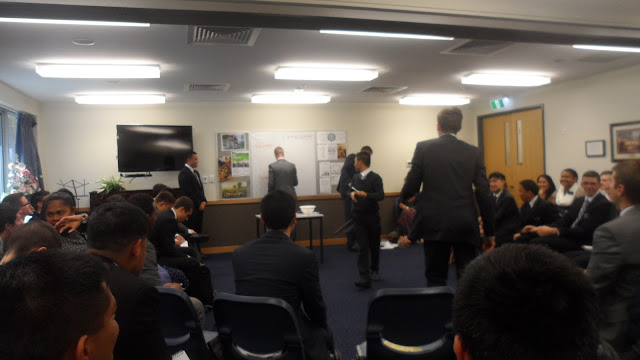 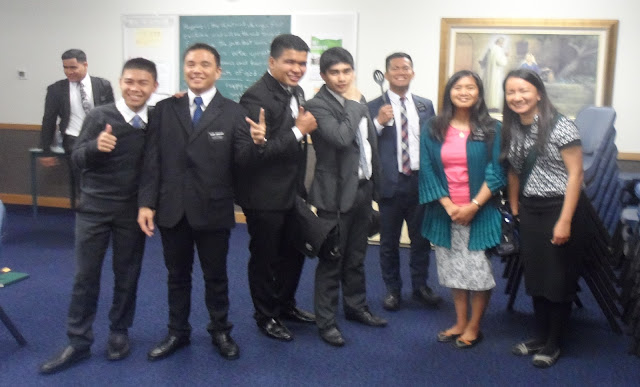 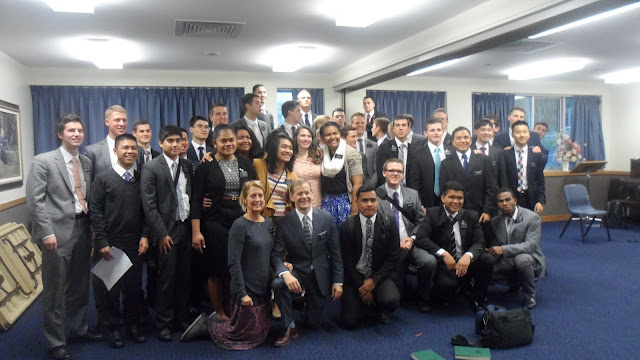 With the Goldens and their trainers 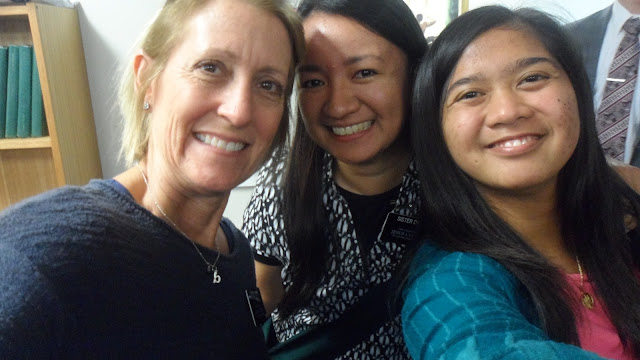 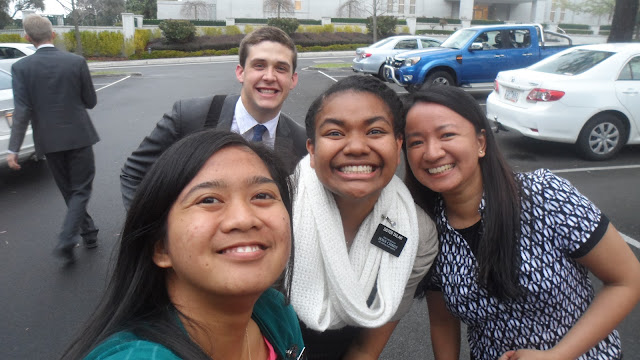 Elder Holt, Sisters Paulo,Dulaki and Me 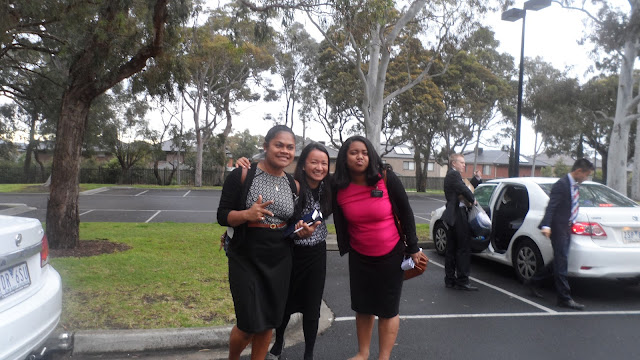 With Sister Lonitenisi and Fakahokatau
After the review, we proceeded to the Figota family for dinner and lesson.

Sep 15, Thurs - We visited Aniva, File, Sam and Nikki and followed up on the BOM movie that we invited them to watch. We also shared more about how Nephi and his brothers were able to get the brass plates, and set goals and plans. They told us of their plan to get married next year.

We also visited the Tuitupou family and read with them Ether 12 about faith.

Sep 16, Fri - Using the list of potential investigators 3 years ago, we found David and met his father and family. David was hesitant to accept the BOM but after a while, he said he would read it and that we could visit him again in 2 weeks. It was awesome to talk to fathers because they could really be a big help to teach a family, especially if they were keen to learn.

We also visited Joshua and watched the 'Choose this Day' mormon message and he was able to give us 8 names of his co-workers that he would love to share the gospel with. We then have dinner with the Hafoka family and we found out that they both served their mission. They referred us to their neighbor and that they were planning to do service for them. We offered to help and they got excited. We met George and dropped him some of the food that the Hakofa's gave us. George said that he wanted to respect his parents who were Greek Orthodox. They didn't want George to be baptized.

Sep 17, Sat - We helped Arwin clean her house and also met her family who were visiting her mom because of the funeral (there were 8 of them). All of them wanted us to visit them which was really cool, unfortunately they didn't live in our area. One of them had been in Utah and knew a lot about the church. Angelina said that she would visit the church tomorrow. Lorraine Samaseia was with us and Arwin's kids really love her. We then visited Donna, Lehi and Malu Vai.

Sep 18, Sun - We met this amazing family, Molesi (from Niue), last Sunday. We felt prompted to visit them, we knocked and they invited us in. We shared with them 3Ne18:19-21. We invited them to pray as a family and read 2Ne32 and they accepted. We would be visiting them again this Wednesday to follow up and share a message. We asked how we could help them and they said to visit them more. They had not been to church because all of them would not fit in their car. They would love to come to church again.

Missionary work is really fun with lots of miracles when we strive to qualify for the Spirit.