May 23, Monday - As usual, it's P-Day Monday!  After doing our e-mails, we went to Highpoint Shopping Center. We saw Bro. Matt Whittington who was enjoying his pie and filling up himself for his swimming afterwards.  We were looking forward to our appointment with the Tumai family who texted us to move the appointment tomorrow.  For some reason, I expected this, but still full of faith that we could meet them tomorrow.  We then went to Bro. Foster's home for the usual Monday cottage evening.  Bro. Eugene Delos Santos gave a wonderful lesson about the 6B's - Be Grateful, Be Smart, Be Clean, Be True, Be Humble, Be Prayerful.


May 24, Tuesday - Had our District Meeting in the city, took the train and got off at Flinders Street, a popular street in Melbourne.  Transfer was coming so we had a district photo for keepsake.


After the district meeting, together with the Elders, we walked to Melbourne Central station and while waiting for the train, we GQ'ed (golden questioning) with people.  My companion and I were able to talk to this lady, Susan, who looked Chinese but actually Filipino.  She listened to us, accepted a pass-along card but didn't accept a copy of the Book of Mormon. She said she wanted to remain in her Catholic church. 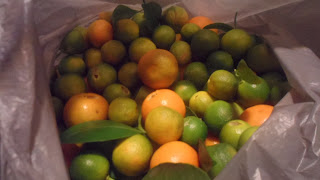 When we got back to our area, we drove to Altona North, dropped by Aholelei family, picked some calamansi and left a note since no one was around.  Last time, they told us that we could pick fruit anytime even without their permission.  Later the office called us that the Aholelei family called and passed the message saying that we were always welcome to get fruit. I loved to make calamansi juice for Vitamin C; it was getting cold and we didn't want to get sick. Then, we drove to our appointment with the Tumai family. Carrying all the materials for the lesson, we knocked at the door but no one answered.  We called the phone but no one picked up.  We missed them again, sad, but we did our part.


Later, after dinner, we then went to see Reina Manzini. She's LDS, lost a grand kid, and back from Uruguay.  Our lesson with her was a miracle.  She was really open to us and expressed her desire to be more active in church.  She missed the feeling of peace and comfort that she felt after baptism.  She said she's coming to church this Sunday, also her birthday.


May 25, Wednesday - A visit to Laura in Williamstown.  We asked Laura about her questions of the Restoration pamphlet.  She said the First Vision and the Book of Mormon were just stories, including the Bible.  She believed in fairies, dwarfs, and many gods; worshiped Mary as the mother of Jesus.  Her partner, Lucas, joined our lesson. He believed that someone is watching over him because of many instances in his life that he was protected from danger.  Laura and Lucas are nice people but did not want to make any commitments but said they would visit church this Sunday.  Today was raining and very cold so we stayed in the car and made some call to the names in the former investigator list.  We were able to set two appointments.


May 26, Thursday - Back to Williamstown for our lunch appointment with Sis. Maggie Maru.  Sis. Maru brought us to Monzarello, an Italian restaurant with her nephew. 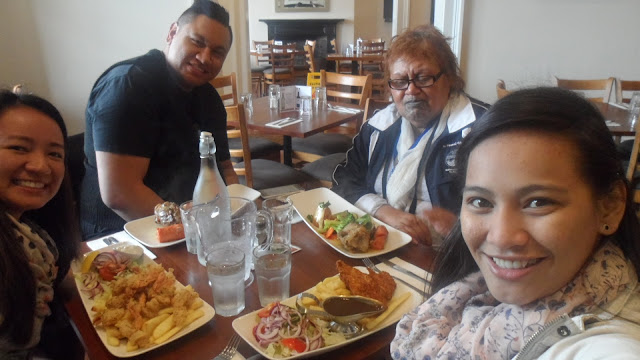 We then drove to Port Melbourne to visit Diane and her kids.  While helping Sefika with her reading, she showed us the boat she made in Primary Class in church last Sunday.  We were happy that she enjoyed church and Primary class.  Sefika also showed her storybook. Jim, her brother who always stayed inside his room came down and sat beside us on the floor.  It was a miracle.  We talked to him and found out that he plays the same XBox games that I used to play.  He also played Clash of Clans max level..haha..We invited him to learn about Jesus Christ, talked a bit more until he said that he would like to learn more and come to church.  We were really surprised to hear that response from a 13-yr old boy who preferred to stay in his room and play 50 games a day!..Later that day, we joined the Relief Society activity on how to balance life in general.

May 27, Friday - We visited Tracy who just had her surgery and shared with her a message about being "anxiously engaged in doing good."  Then we worked around Altona by knocking on doors.  We also went to see Martha and her kids and felt another miracle because they read their scriptures and wrote in their journal. They were excited to share their favorite scripture verses.  We brought pizza as prize but the best prize of all, was that they were able to learn more.


May 28, Saturday - We met with Junseop at Victoria University where he did his English studies.  We taught him about missionary work, sharing the gospel and he expressed his desire to serve a mission.


Then we went to Altona Meadows for our dinner appointment with Sis Matiu.  Sis Matui and family had been sharing about the church to her neighbors.  She informed us of a Filipino family across the street who was taught last year but didn't commit for baptism.  She encouraged us to visit the family.

Tonight, we received a call from Mission President Maxwell about next week's transfer.  I would be transferred to serve in Tarneit with Sister Wairepo as STL (senior training leader).  I was stunned for the new assignment, being STL means lots of responsibilities.  President Maxwell encourage me and gave me compliments and advices.


May 29, Sunday -  It was really sad to know that I would be leaving the area but not able to tell the ward yet until Monday when the official transfer news would be announced. Footscray was my first area and been here for 5 months.  I learned to know the members and investigators' addresses by heart.  We saw lots of miracles this week and its hard to leave. 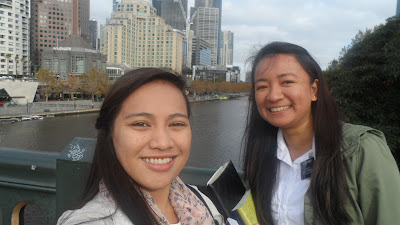 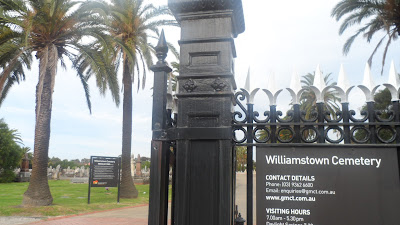 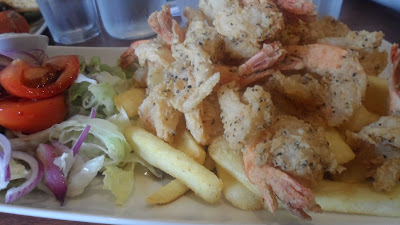 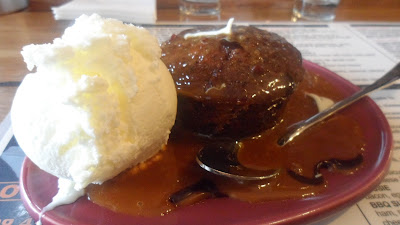 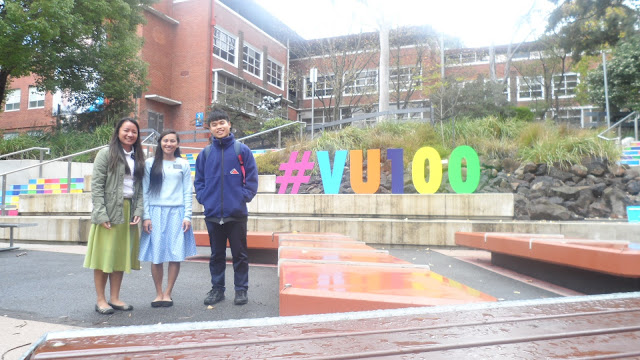