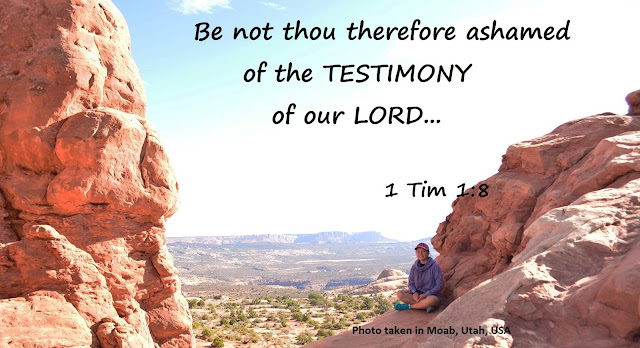 April 26, Tuesday - We had district meeting and did scripture challenge: Footscray sisters against Sunshine Vietnamese elders and we won, 3 memorized verses against 2. Our prize was a big box wrapped in birthday wrapper but should not be opened until the next transfer. Whoever would win the next challenge would get the box. The next challenge would be about birthdays of members and investigators, so every after lesson, we asked members and investigators about their birthdays, a way of getting to know them more. 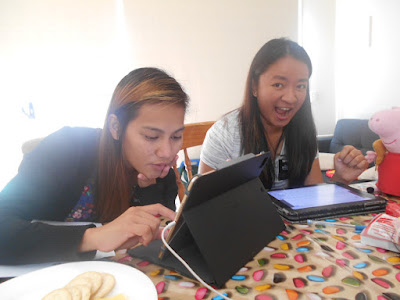 After the district meeting, we went to see Bro. Santos Martinez for the myotherapy appointment of my companion, then emailed or sent emails (as in P-Days) and then had dinner with the Bell family.  Sis. Nicole Bell cooked chicken pasta which was good.  We then had a lesson about overcoming trials and trusting God, with emphasis about her talk last Sunday which was about the miracle when her son Rhett became cancer free.  We had a lovely time with the family.

April 27, Wednesday - We met Stephen to encourage him to prepare his testimony and write it down for this fast and testimony Sunday and planned to meet with him again this Saturday. Then we picked up Holly from the West Footscray station who worked with us the whole day.  We visited a few referrals, one of which led us to a wrong address and the guy who lived there was very rude and gave us a sermon. haha..  Then we went to Maria Cullen's place. Holly was like our miracle because when we knocked at the door, Maria was home and invited us in and we got to meet her and her mom. Her son Sheldon was already baptized and could receive the priesthood but unfortunately, they had not been to church. We encouraged her to pray with her kids and invited them to church.

After Maria, we went to see the Hanley family who treated Holly like a new sister. We found out that Joel and Holly have the same birthday (Nov 3), were baptized by same missionary (Elder Rands) on the same month and day (Feb 7) though different year (Holly-2015, Joel-2016).  How cool is that!  Then we tracted the Altona area and visited the less actives to hand out invitations for the RS activity.  We also met with Melissa Stewart (the Canadian), she was home and sick but we were still able to share with her about keeping the Sabbath day holy which was the topic for the RS activity.  Then we went to the Delos Santos home where we met Junseop for a lesson and watched the Restoration video in Korean with English subtitle. He wanted to find out if the church is true just like how Joseph Smith received an answer. We had a bit of language problem but he still understood.  The Spirit is the best teacher. Holly shared her testimony and conversion story. Holly was great and we're happy that she was able to work with us.

April 28, Thursday - We did planning and visited some homes.  Kathy Robson, the referral we met last time, put a note on her door that she was babysitting the kids of her stepdaughter, that's why she was not able to come to church. We also dropped by Pamela (the one we did service), said she had her own church and was only interested in service. We invited her to RS activity but she said she's tired from work and wanted us to come back on Saturday to clean.  As to the RS activity, few people which is about half the attendance the last time, but it was great.  Sisters shared their ideas on how they can keep the Sabbath Day a delight. There was another class about Self-Reliance, maybe that's the reason for the less attendance in RS activity.

April 29, Friday- We met with Wilma and shared her about prayer. Her husband, Aban, didn't join our lesson because he was on the computer searching for repairs of their car which was hit while parked on the street. We ended our lesson with a prayer that included her husband and hoping that his heart would be softened. We also visited Sister Eames in the nursing home. She said no one visited her from church except during Sundays to bring her sacrament bread and water. She was happy that we came and shared some stories about her family. She has no family left in Australia and turning 94 this coming July.  We felt strongly impressed of her great faith and testimony. 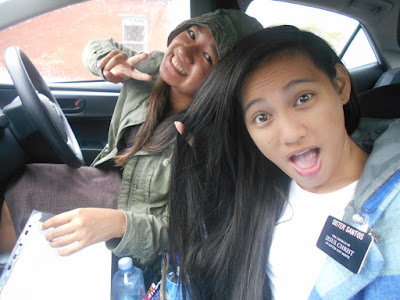 Then we proceeded to Altona to visit the Truss family at 6pm.  Close to their house was a former investigator, Elise, and when we approached her door, we saw flowers and cards marked RIP.  When we asked the neighbors, they said that Elise died a week ago and that today is her funeral. We missed her by a week. The neighbors attested of her being religious and lonely which made us feel guilty why we haven't visited her sooner. In the Truss home, Sister Truss shared us an Italian food (forgot the name) while Brother Truss shared about his mission in South Australia and would be willing to share object lessons in our next visit. We taught the family about the church foundation using the cups. 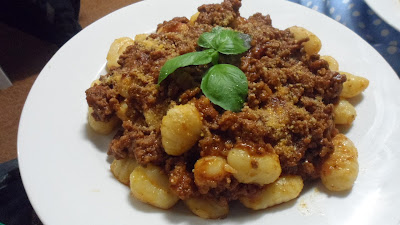 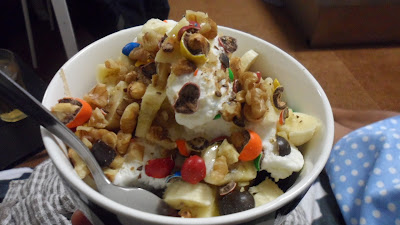 When we got back to the apartment from the Truss, the STLs were waiting for us because of exchanges the next day.  I would be in the city with Sister Lee while Sister Santos and Sister Chen would be in Footscray.  I expected to be doing GQ or Golden Questioning (stopping people or approaching people), my first time, in front of the library in the city.


April 30, Saturday - Early the next day, we went to the park at 6:30 for exercise time.  I forgot to bring my exercise clothes and shoes so Sister Lee lent me her shoes, good thing we had the same shoe size.  I wore my pajamas to the park with my jacket.  I also met other sister missionaries from the Chinese zone who lived above us and just around the block.  I found it very nice to meet many sisters, exercise together and looking out for each other.  After the exercise, Sister Lee and I had our personal study and companionship study. She shared 1Ne 8:5-7 where Nephi saw a white-robed man who told him to follow him and Nephi was led to a dark and dreary place. I learned from Sister Lee that even though we followed a white-robed man, it didn't mean that everything would be okay but that we would still experience darkness/trials/temptations.  Through those trials, we would be stronger and become more blessed as long as we put our trust in God and do our part as well.

After the study, we drove to the city branch for the English class where I saw Junseop. He attended English classes twice a week.  He was excited for his baptism schedule on May 21 and we were excited too.   Then we went to Victoria State Library to do GQ but when we saw that there was a refugee protest, we stayed away and proceeded to the Royal Melbourne Institute of Technology.  In front of the school, we GQed with some students after which, we had our exchange interview.  At 3 pm, we drove back to Footscray, and joined back with Sister Santos.  She informed me that Stephen cut his beard and already wrote down his testimony and conversion story which he would share on Sunday. We then had dinner with the Doust family who had BBQ, lamb chops, sausages, chicken kebab, corn salad and more. We met their children, one is a magician who will be going to Scotland in a few weeks.  After the Doust family, we drove down to the Delos Santos home where we taught Junseop about the Plan of Salvation.  Junseop understood it well and explained it back to us. He desired to serve a mission and be in the Celestial kingdom.
May 1, Sunday - We dropped by Wilma to check on her but she was busy cooking for visitors, so obviously she won't come to church.  Junseop won't be able to come to church, too, so we expected to see only Martha from our investigators. In church, we noticed Tracy sitting in front of us with Sister Connie. Tracy bore her testimony with Sister Connie standing beside her.  She said that she was misled by philosophies of men and she didn't feel the Spirit in the other church. She talked about the gift of repentance, thanked us, the sister missionaries, for visiting her and apologized for talking crap to us during our visit.  For me, it was a miracle how she changed.  Her testimony was powerful and I felt her spirit.  After the meeting, she hugged us really tight and would like to schedule a lunch date.  I felt it amazing that our visits did have impact on people's lives.  Then Mamush, who used to talk very softly, also shared his story and bore his testimony . Mamush came from Ethiopia and was baptized on May 20, 2004 in Sydney.  Sister Santos also shared her testimony about the divine gift of repentance and invited the members to visit and care for one another. Stephen did not bear his testimony.

After church, we went to Debbie's place but she had a note on the door for church people not to knock.  She dropped us which was sad but that's her choice.  We also saw Tisna from across Debbie's place who was going to the market.  She also dropped us but still a friend. We then went to the missionary fireside at Deer Park Chapel.  Shirley came with Uncle Bob and Stephen to Deer Park.  I also saw Sister Albania (my first companion) and Sister Cruz (from Taytay) who were serving in Sunbury. 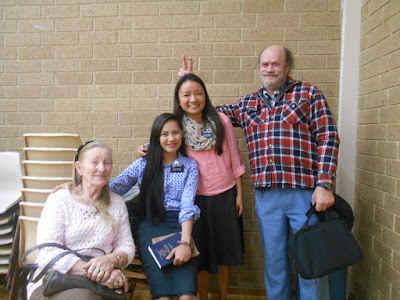 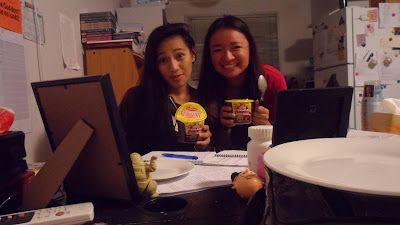 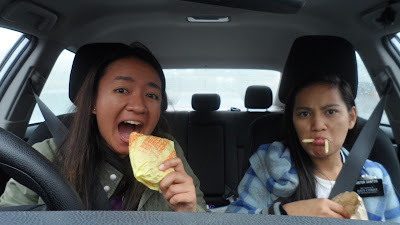 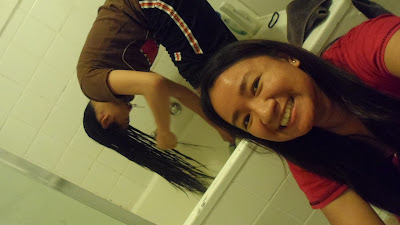