Apr 10, Monday - Joined the Maroondah Zone Pday - hiking to Olinda Falls under the rain, wet and cold but was a fun hike. 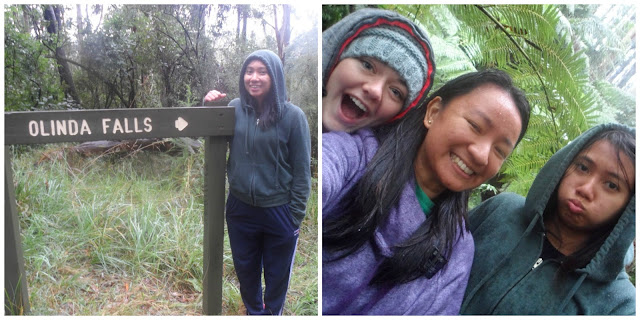 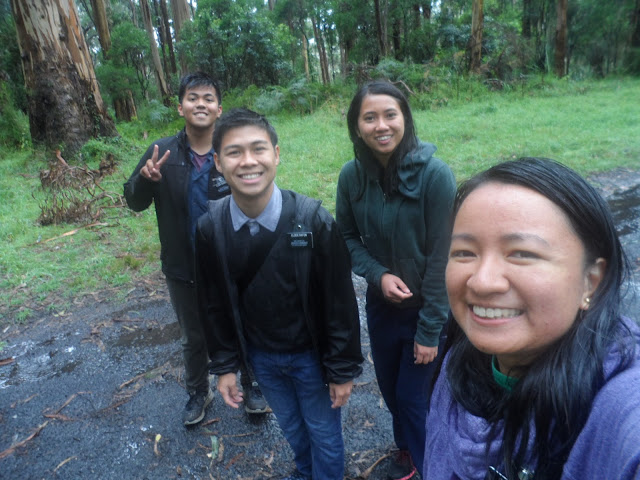 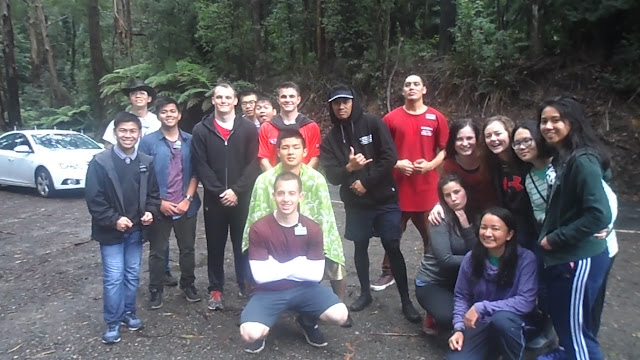 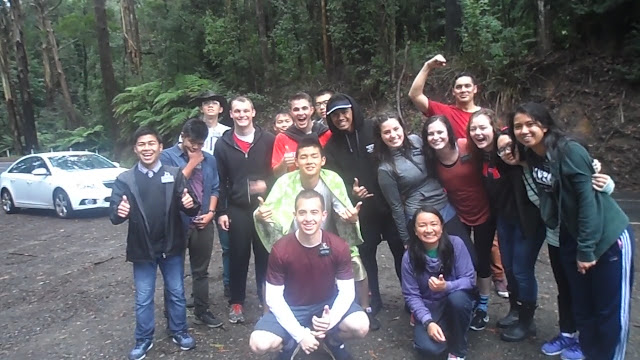 After the hiking, we went back to the flat, showered and changed, picked up the Narre Warren Sisters and went to Spotswood (Footscray area) for another Pday in our zone. We went to the Planetarium but when we got there, it was sold out. The man at the service desk said that we could only do general entry. then the other missionaries from the zone arrived, They spoke to the man again. As we were about to pay $14 each, the man gave us free tickets instead because we're volunteers..yeay! Also, as we were parking the car, a lady stopped and gave us her all-day parking ticket, back to back freebies..blessings! 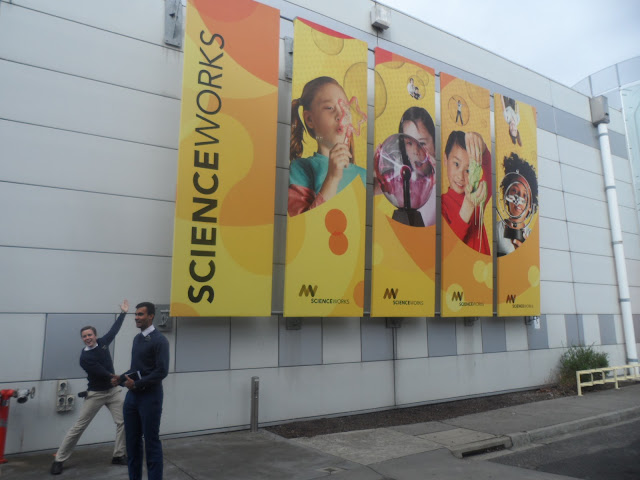 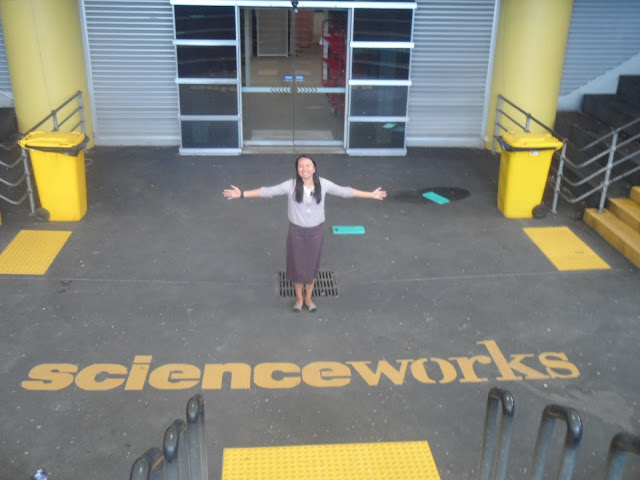 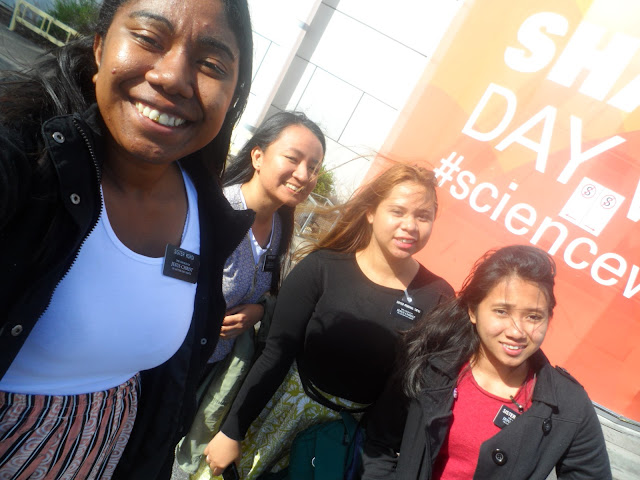 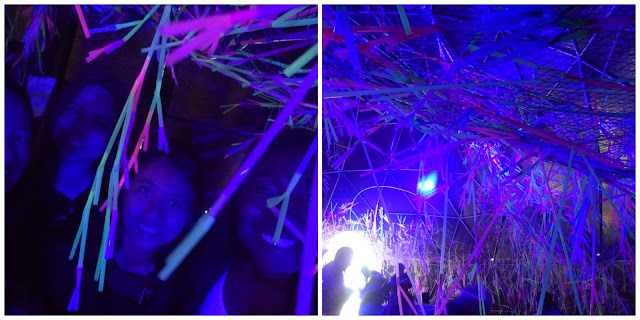 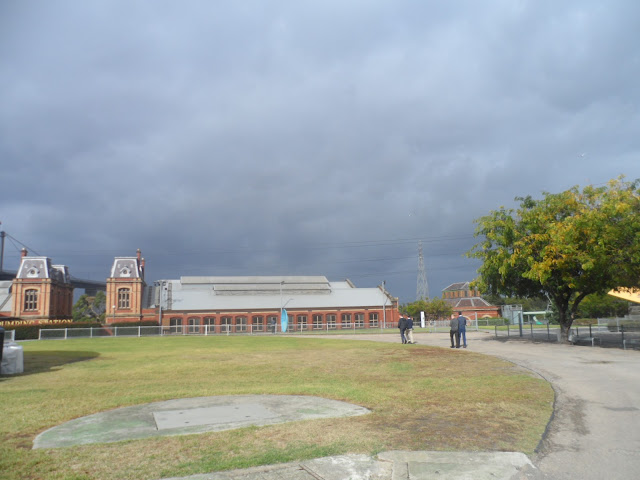 To the Pumping Station - more engines to look at. 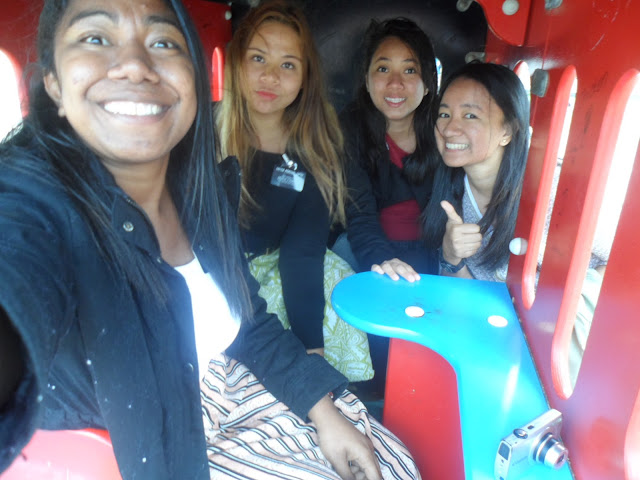 Had been a fun day. First, the hiking, then with Nature learning science facts. Fun fact: goats have rectangular pupils. 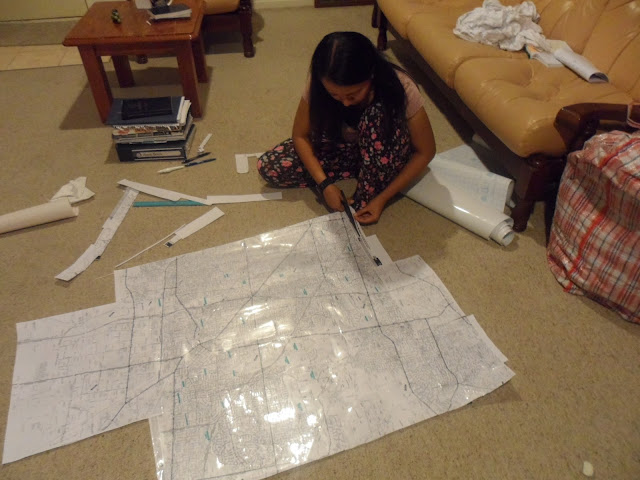 Apr 11, Tuesday - District meeting. Great day in the chapel today. During the District Meeting, we continued to role play how we can help Laura, our investigator to understand the restored gospel. For now, she believed that all churches are true as long as they share about Christ. 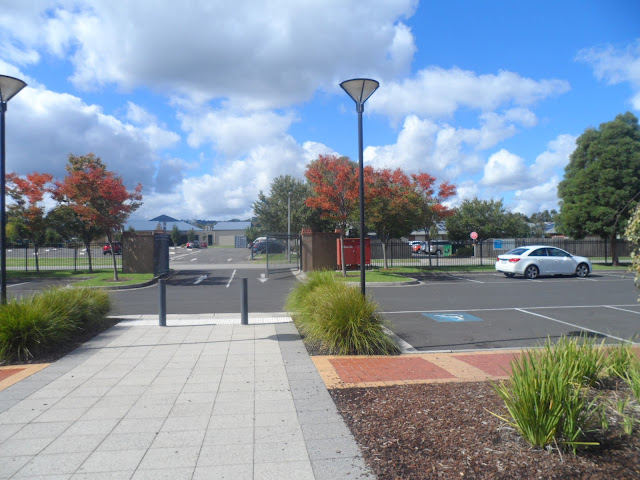 We visited the Boulle family and the young kids with cool names - Summer, Skye, Storm- who were very energetic. We shared the #Princeofpeace video with this family. We also visited the other names in the ward list and we met Lawless. She said that she's not quite ready to come back yet. We respected her decision and told her that she could always call us when she needed to.

We stopped by the Palalagi's place as we were in the area. In Samoan, the G is pronounced as Ng, thus Palalangi. We talked to the daughter, then Sister Palalagi came so we shared to them the #PrinceofPeace video and they offered to prepare dinner for us. We helped in the cooking..actually my companion did the cooking with the daughter, Mahi. haha..Mother Palalagi and I watched them while we set the table..hehe..they cooked a lovely Thai curry. 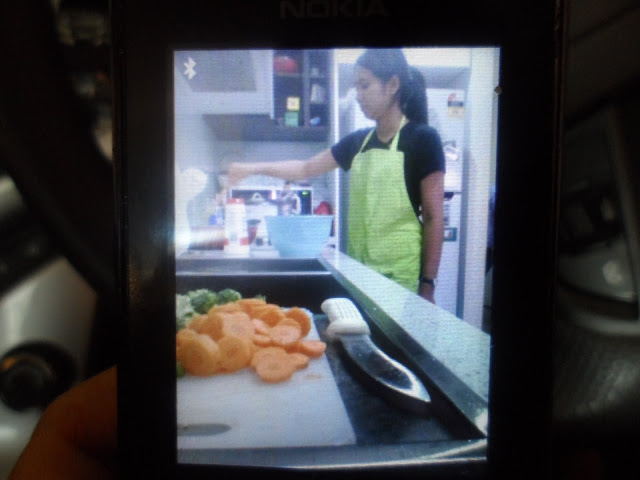 We then visited Margaret, Fijian, who lived near the area. While knocking on her door, we saw two possums climbing the neighbor's house..cute..actually huge. Anyways, we got to meet Margaret and shared the #PrinceofPeace with her. I memorized this video already but everytime we watched it, there was always something that would stand out to me, or other people point out that I hadn't noticed before..so amazing.

Apr 12, Wed - Today is our Zone interview with President Vidmar. While waiting for the interview... 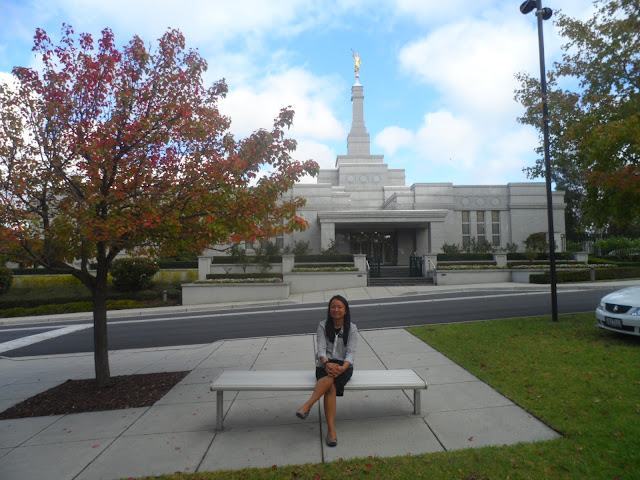 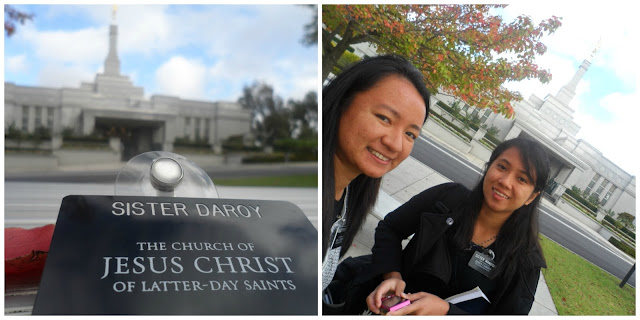 I also saw Elder Gray cleaning some of the mission staff cars...he was so awesome! 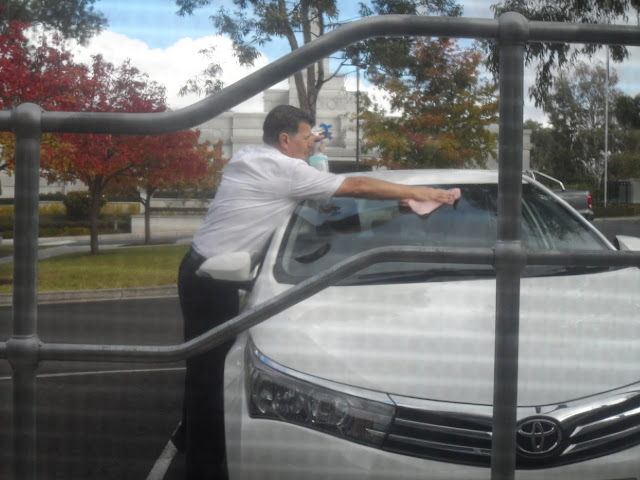 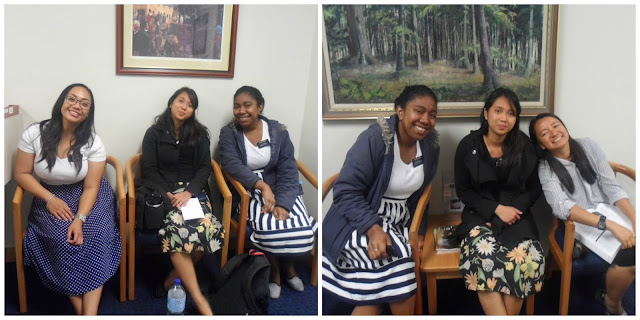 Sisters Salesa, Manosig and Koroi, then they moved beside me for another photo..haha.lol.

After the interviews, we visited some formers in Mulgrave area. We met Mary, Sudanese lady with 5 kids. She said she couldn't talk to us at the moment but we could meet her next week when school starts again coz she could sit with us and listen.

After lunch, we tracted the street of Des before we went for our 3pm appointment with him. We met some of his neighbors, one of them was Dustin. Dustin talked to us for a bit and said that he had his own beliefs but his family might be interested. He invited us to come back next week after 7 pm when his family would be home.

Then we met Des. He shared some of his questions and thoughts about last General Conference. He listened to Elder Acosta's invitation to be baptized. Des was still skeptical and said that there is only one door to heaven as long as one believes in God. We told him that the door needs a key, referring to proper authority; he didn't believe but he was still nice and open to discussion. He gave us lemons from his garden and some easter eggs.

We also visited some former investigators in the area, some dated 10 years ago, to update our info if they moved or not.

We had dinner with Sister Coe; she cooked us macaroni and chicken. We were very full and still she gave us massive dessert and said that we could not leave without consuming all..hahah..she was kidding of course! 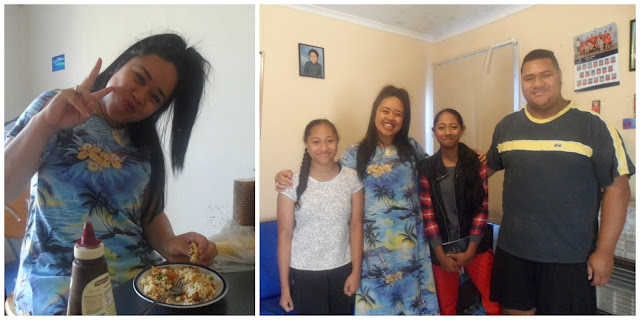 Sister Ete loved Filipino food especially fried rice. She knew heaps of Filipino movies that I don't even know. In the (R) photo, the Maka family.  We visited them today and taught them the Plan of Salvation. 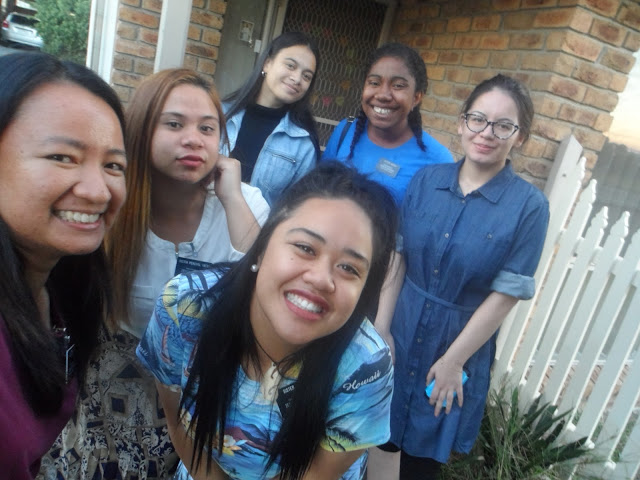 The Narre Warren Sisters needed some members to go on splits with them today. Two Laurels from our ward, Freda and Nina, were so awesome and they went out with them. Freda and Nina were thinking of serving a mission.

We visited Amber and guess what? They had common friends with Sister Ete when both used to live in Brisbane. We shared the Shower of Heavenly Blessings with her. 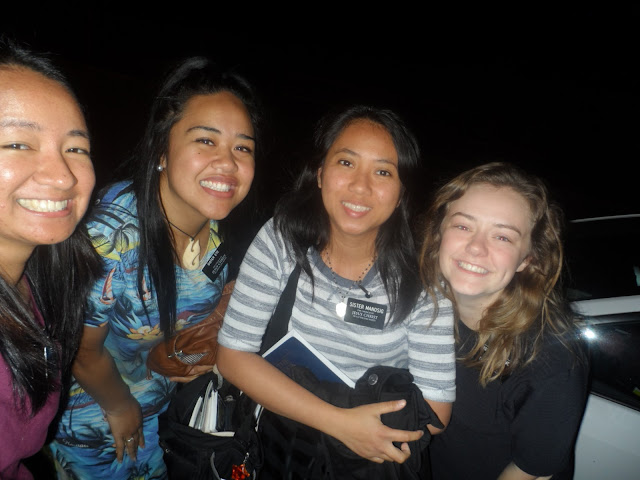 We ended the exchange and these two sisters are excited to serve together, though only been together for a day. Sister Chang needed to go home because of medical reasons.

April 14, Friday - We received a call about Emergency Transfers; picked up Sister Tuu'u with her stuffs, left Sister Manosig with Sister Faletao and drove to the mission office. 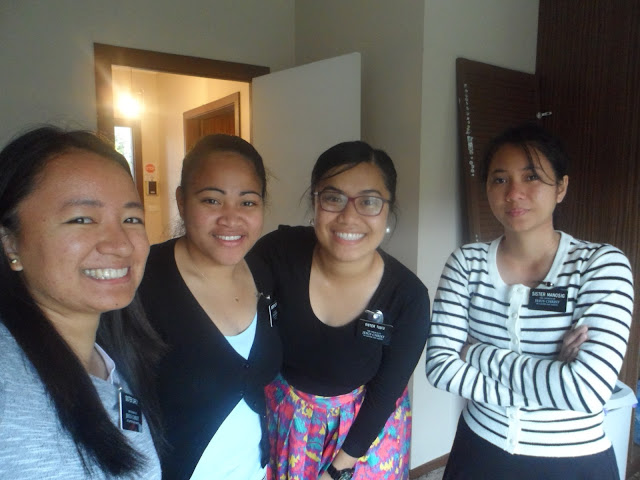 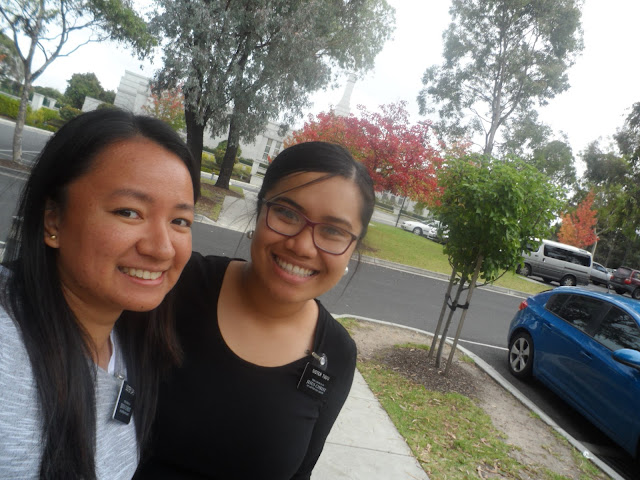 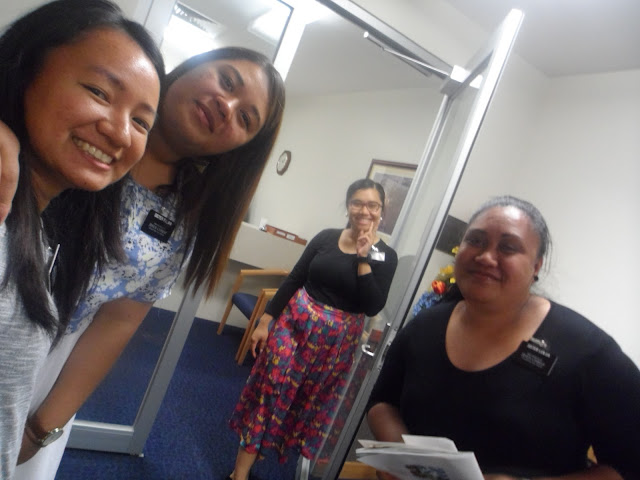 Meetup with the Glenroy Sisters 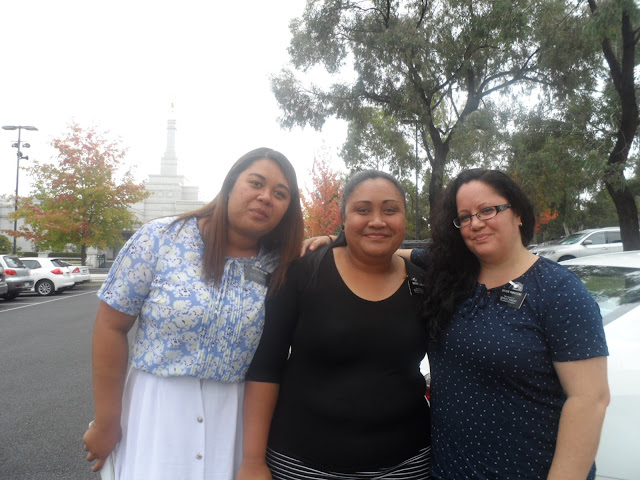 We met Touraj at the Chapel today. He was still looking for a job. He said that he was patient, praying constantly and lots of faith. He stopped smoking for two weeks now. I told him that this was one of the ways Heavenly Father helped him to stop smoking, no job so he could not pay for smokes. He laughed and we all laughed. 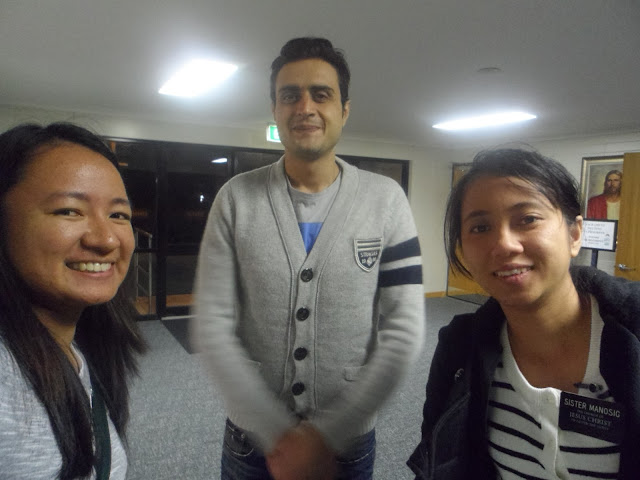 April 15, Sat - Did a lot of updating our area book today. We visited the Giles family but told us that they were going to Perth for two weeks. The neighborhood was a bit quiet, a lot of people were out camping for the holidays.

We stopped by Hano and she was sick. We met Mushtak, friend of Sayid whom we tracted into the last time. We asked him if he could give these Urdu pamphlets to Sayid. He said that he was also keen to learn. On our way to the car, we saw Medina just got back home from shopping. She was kind of dodging us and we invited her to watch the #PrinceofPeace video, to which she accepted.

While we followed-up another former who moved, we met Zeeshan. He said he knew more about Jesus than us and invited us in for more discussion. We told him that we needed to invite another female; he said he would come to church tomorrow and so we got his number. (However, he got home from his job late so he was not able to attend church but suggested a time to meet. Awesome.)

Another house we followed-up but no one was home. As we were walking back to the car, we saw a possum in the middle of the road. I wanted to look closely so I walked towards it. As I walked, there was a man outside his house, doing some arrangements for his plants to sell tomorrow at the market, and he saw me. I felt compelled to talk to him..hehe..and my companion joined in. We talked to him and he kind of spilled his whole life to us. He was Vietnamese, said he sometimes felt lonely and desired to look for a church to join. He had colleagues who were Mormons. When we invited him to learn more, he paused for a bit, thought for a while, then said "it's ok, I'll call you when I need you."  That was an interesting encounter. As we left, guess what? The possum was gone...hehe.

April 16, Sunday - Matthew Lawrence and his whole family came to church; Bro. and Sister Seppings as well. Des came and talked to us. Sometimes I wonder how a man like Des, prolly now in his 70's, came to church a billion times and church members knew him already, but still he didn't recognize that he could receive many blessings if he would be baptized.

We had the Easter musical presentation at night which was very spiritual.  We were glad a lot of church members invited their non-LDS friends.

Had been a great week!