Love and bye to all those going home, excitement for those transferring, bringing stuff to sisters in far areas, tracting and teaching, and welcoming the Goldens!


Aug 22, Mon - Zone early morning hike at You-Yangs Regional Park. This park is 28 kms. away from our house, reminded me of Algonquin Park in Ontario, Canada.  When we reached the top, we climbed another 3.5 kms of granite steps to get to Flinder's Peak. We saw the beautiful sunrise and kangaroos were everywhere!  It was amazing! 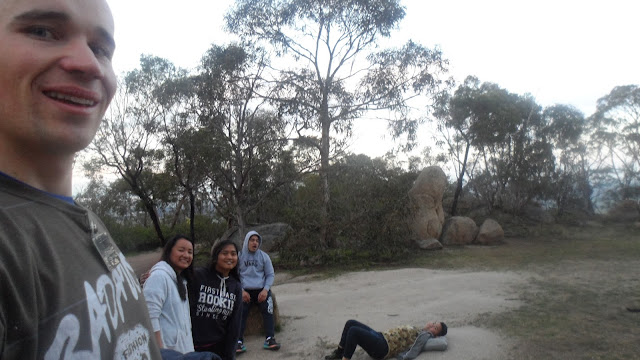 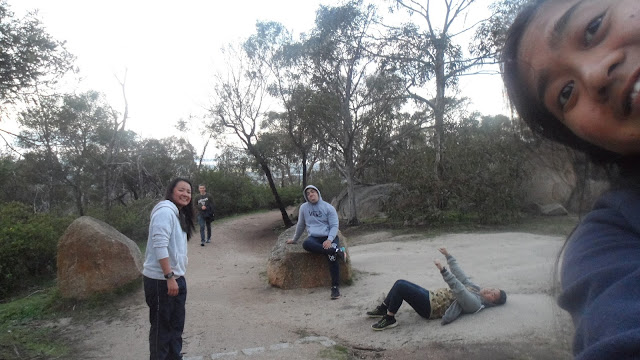 Below - the Elders in their "Siga Pose" 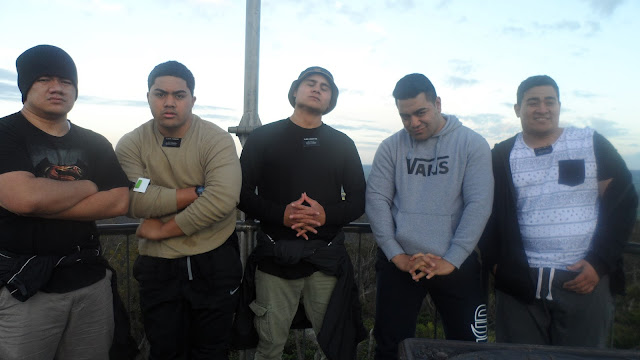 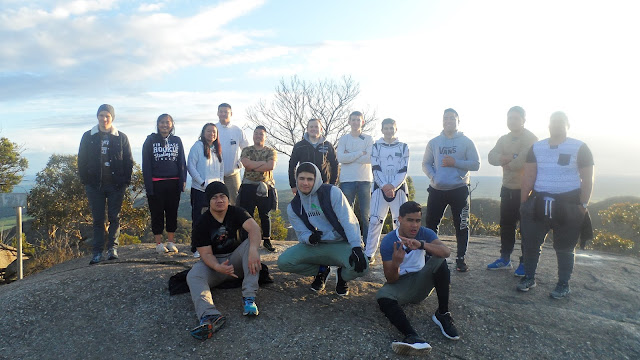 The Elders played rugby while we took photos.  During the devotional, departing missionaries, Elder Sellers and Elder Kaanapu, and those getting transferred, Elder Iese and Elder Carey, bore their testimonies.

From the park, we went back home for our usual e-mails, grocery, cleaning of car and visiting a family, this time, Jenti and her kids.

Aug 23, Tues - We drove to the mission office and asked Elder Linder for a trailer while Elder Christensen (departing) hooked it to the car. My first time driving with a trailer so Elder Linder advised me to estimate for the trailer as well in changing lanes. Elder Sifuentes, Elder Casil and Elder Eustaquio helped us load the luggage in the trailer.
Sister Tupu (STL East) was so excited to finally be assigned to Tasmania.  Sister Larsen (STL Tas) would go back to Chinese program when Sister Lee would go home. Sister Dulaki would be the new STL in the East.  While waiting for the other Sisters, we helped Elder Concardas with his luggage.  An LDS who worked in a chocolate factory gave him 6 kg of Kitkat (many varieties).  He couldn't carry them all so I ate some, hehe.. Time was so fast. I feel like I was just here helping Sister Wairepo with her stuff last transfer.  I could see Sister Tupu diligently drove the Sisters to the office with her companion Sister Teripaia, prolly 6 trips using the AP van. They laughed at the trailer hooked to the car..haha.. I told Sister Teripaia she would drive a trailer one day.


We then drove Sister Aitu, Sister Mendoza and Sister Manosig to Footscray; then to Griffith with Sister Nepia and Sister Aitu.  In one of our stops for petrol, Steve, the owner of a small Caltex, accepted a Restoration pamphlet.  We arrived in Griffith after 6 hours of driving.

The conversion story of Sister Aitu from Tonga was amazing. She met the missionaries through her cousin, read the Book of Mormon and gained a testimony.  Her family disowned her when she joined the church, was hit by relatives and locked up in the house.  She would sneak out of the house to join Institute and church activities.  As a missionary, she regularly sent letters to family even though she received none. She had been out for 3 months and trained by Sister Mendoza.  We got her email address (moui.aitu@myldsmail.net) so we could send her letters.  On the other hand, Sister Manosig, the 12th among 13 siblings, is the 12th missionary of the family.  How cool is that!  The Manosig family is featured in the LDS Newsroom.

Aug 24, Wed - We woke up at around 4 am, put all the stuff in the trailer including 2 bikes. Around 6 am, we filled our petrol; a driver advised us to slow down because he saw lots of kangaroos, usually they were out hopping at dawn. We thanked him and drove. We had our breakfast at the Big Strawberry. Darren, the owner, cooked us breakfast. He recognized our name tags and excitedly told us that he had lots of LDS friends in Utah.