Dec. 30, 2015 was the first day of my mission and my first day at MTC.  I love MTC, had so much fun and fellowships with fellow missionaries, learned a lot of things in classes and workshops, was assigned by the MTC presidency as Missionary Leader, and got the chance to attend Provo Temple. With many lovely memories, I left MTC for Australia Melbourne mission on Jan. 11, 2016. 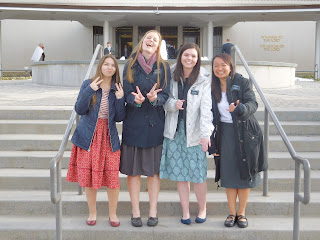 I met the Branch Presidency and missionaries where each one said something about self and shared testimonies. Oh, and most of them were 18s and 19s, there was one 20, and I was the youngest. ^_^. The branch presidency was nice. My companion, Sis Burden, and I, were assigned to be the Sister Training Leaders for the branch. There were 5 elders and 2 sisters in our district for Australia Melbourne Mission. There were 4 missionaries in our residence and we would always go by four - me, Sister Burden, and Sisters Ysasaga and Marzarella (for California Rancho Cucamonga Mission). I always had my room key, name tag, MTC blue card (which was used to access buildings and cafeteria) and my companion with me.  It was a bit weird at first but I got used to having a companion 24/7, sight and sound.

We had gospel classes and workshops. Our teachers were Brother Kottcamp and Sister Badham whom we learned more about the Preach My Gospel. During classes we did some role playing, studying, role playing, writing, role playing, highlighting and did I mention role playing? Also, I learned more about our purpose as missionaries which is to invite others to come unto Christ and help them receive the restored gospel through faith in Jesus Christ and His atonement, repent, be baptized, receive the Holy Ghost and endure to the end.  Also, one of our new teachers was Sister Bodine who just returned from Canada Toronto Mission, my home mission. In the People and Your Purpose workshop, we met actual investigators. It was fun. The investigators had a lot of questions and just when the discussions were going fine, the workshop was done.  One time we taught an investigator from a lesson prepared for another investigator and it was chaos.  We felt bad, discontented and humbled by that experience.  We learned how the sons of Mosiah (Alma 17:2-3) prepared when they went on mission. 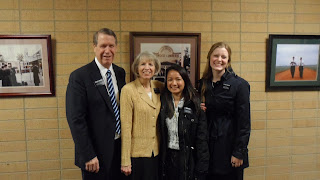 Each week when missionaries arrived (400ish or 500ish), we got the chance to welcome the new missionaries belonging to our zone.   Together with the zone leaders, we toured them around MTC. We also had a mission conference with the Director of International MTCs (Kelly and Kathy Mills) and watched Character of Christ by Elder Bednar, apostle, and learned that Christ always turns outward in contrast to the natural man who always turns inward and become self-centered. We also had a devotional with Dean Davies, 1st counselor of the Presiding Bishopric and learned that God does not give challenges that will impede our progress, sometimes challenges come because it is the only way to learn and grow.  I also learned that success comes by the power of God through us and that the Book of Mormon has answers to our questions.

We also had yoga and kickboxing classes /exercises. I sweat a lot in the kickboxing class.  On new year’s eve, we got to see some fireworks outside our window around 10 p.m. and slept at 10:30 p.m. Mealtime was always a surprise.  There were different menus everyday and tempting. Could have tried all of them! 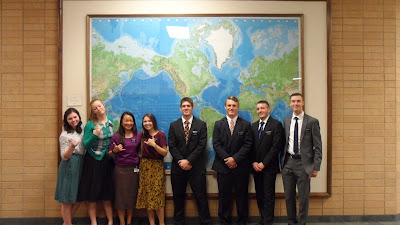 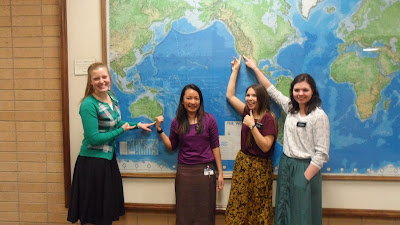 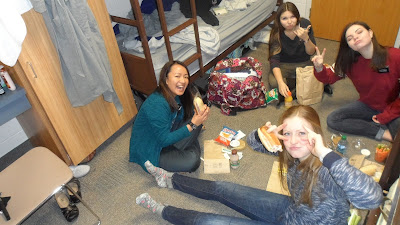