Very busy transfer this week, Elders coming to Narre Warren instead of Sisters, MLC, just when there was no point knocking, the last door... and more..

May 1, Mon - With Elders Christensen and Maumau 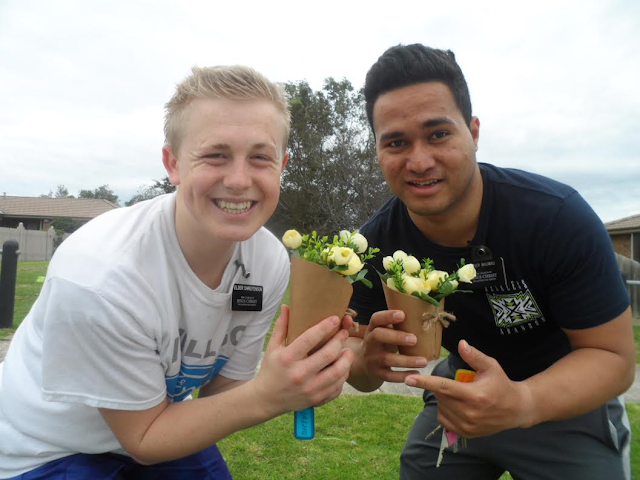 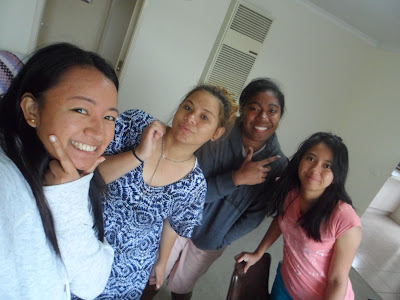 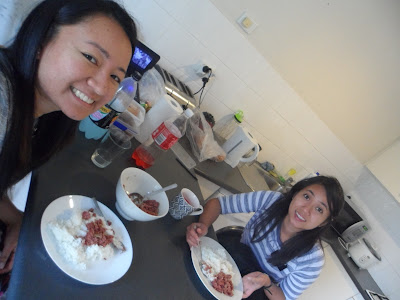 
Busy with the transfer; getting ready for the Elders to come 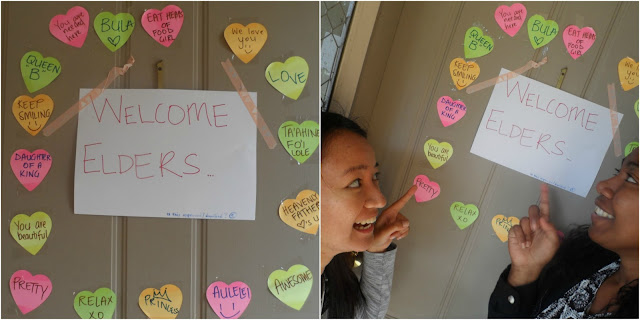 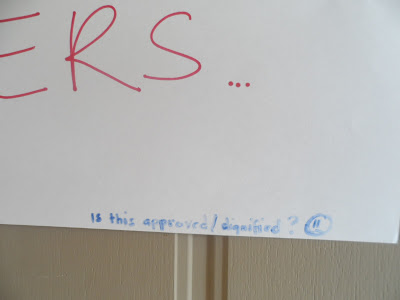 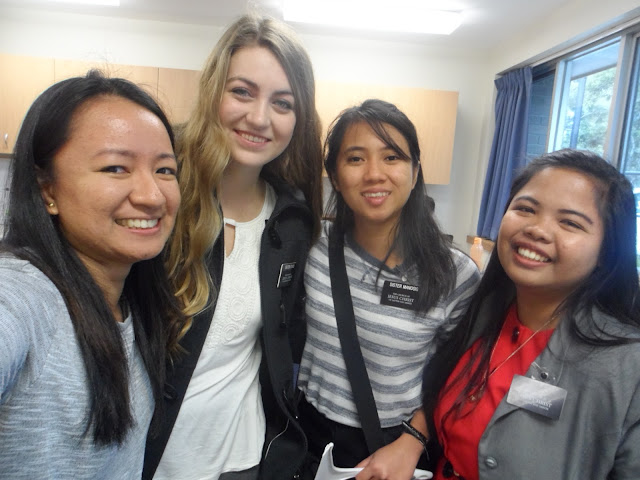 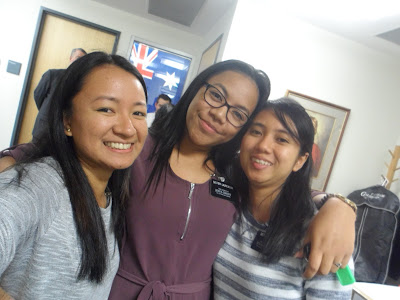 Sister Laurenson would be with the Wantirna Sisters 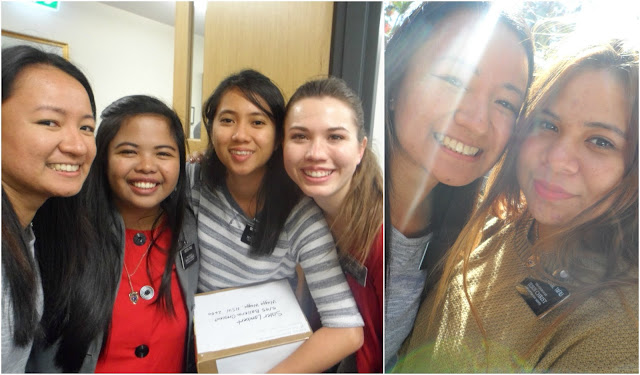 Sister Schaub (R on 1st photo) with Sister Percival Tafili (R on 2nd photo) to serve together in Burnie, Tasmania

Sister Koroi to Finley with Sister Tuu'u..this might be the last time that we would see each other in the mission as I would be going home in a month. 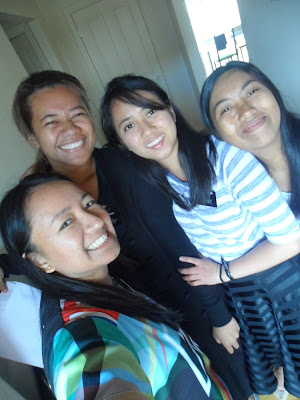 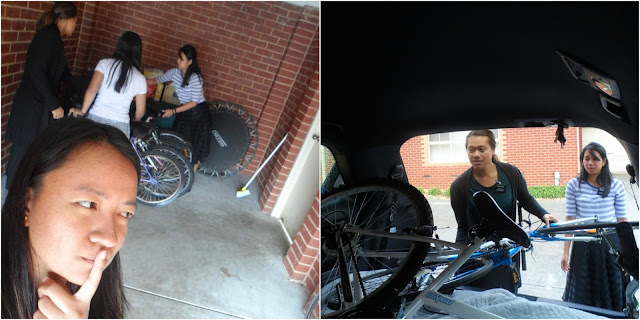 Do they need my help in loading the bikes to the van? 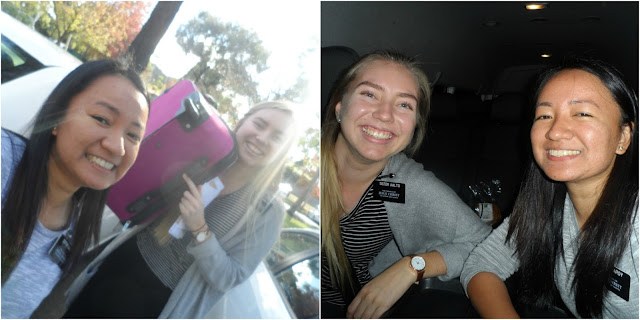 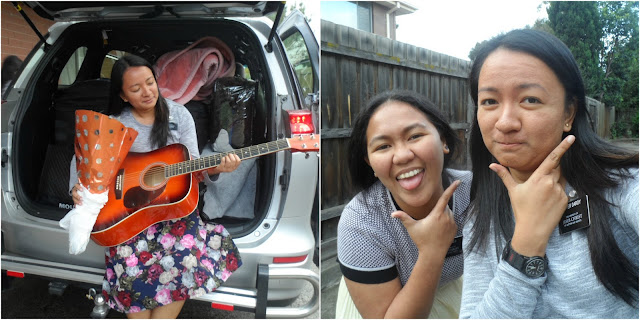 Picked up Sister Solo from Footscray; she would be serving trio in Devon Meadows 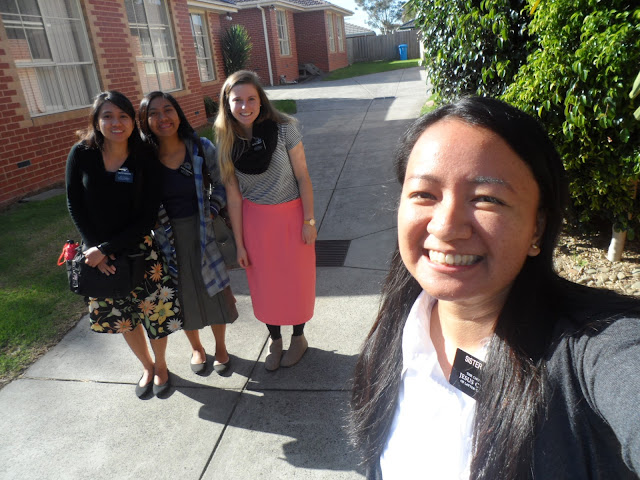 Picked up the Sisters to go Finley.. meeting place at mission office for west moving Sisters 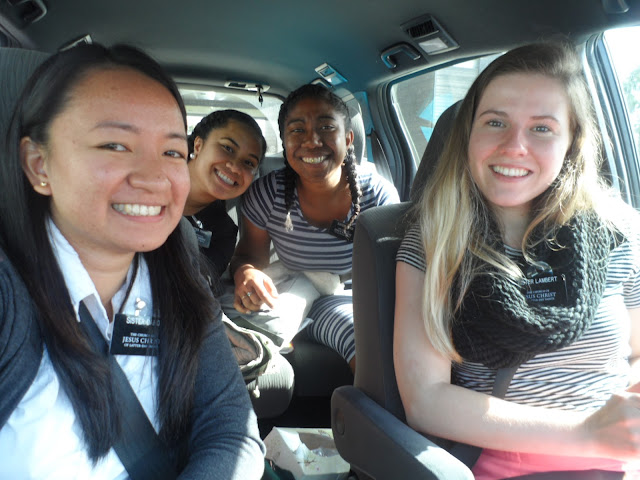 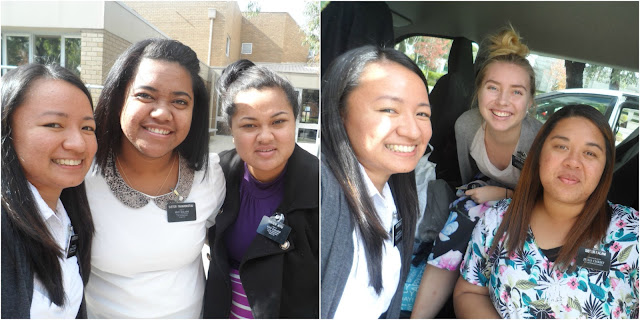 The West STLs would be driving the Sisters to Finley and Griffith..11 hours. Have fun driving. 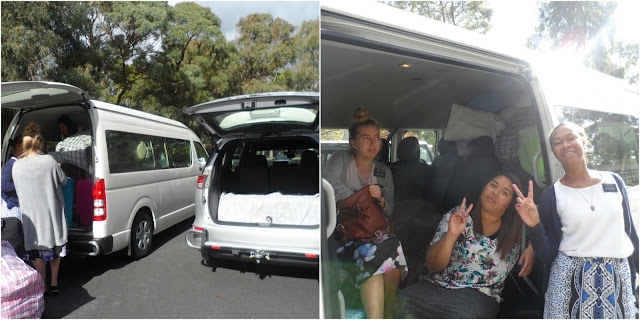 After lunch, we drove to Samantha and did service and shared a message from Alma to the Maka family. Then we had dinner with Ana, Santi and Lucas. I learned a new word today from Sister Lamber. FROG - fully rely on God.

May 4, Thur - Goldens arrived. Lynbrook Sisters were supposed to get a Golden but delayed, she would be coming next transfer. The Mooroolbark Sisters got a Golden, Sister Liutai.

We met Sister O'Callaghan and read about Lehi's vision of the Tree of Life. We stood outside while sharing because she did not feel comfy inviting us in. We set another appointment to meet her next Monday. Did as well weekly planning then visited a referral, Atousa. The husband told us to come back the next day when Atousa would be home. We then had correlation meeting with our ward mission leader and his assistant, then to the mission home with other Sisters for MLC the next day. 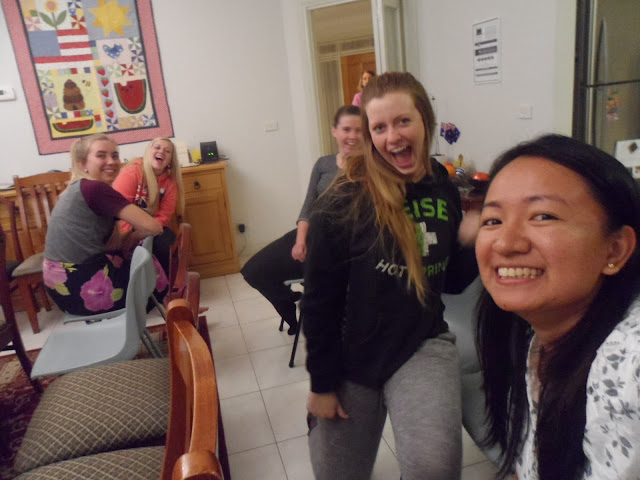 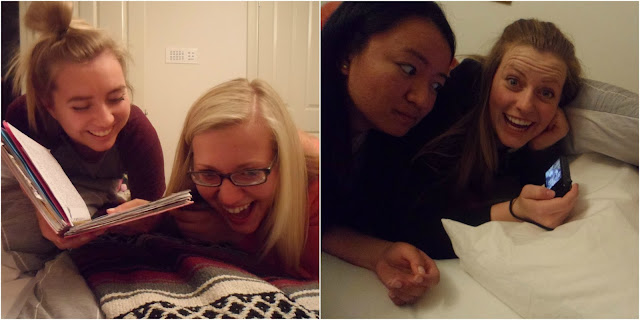 May 5, Fri - Exercise run to the Temple 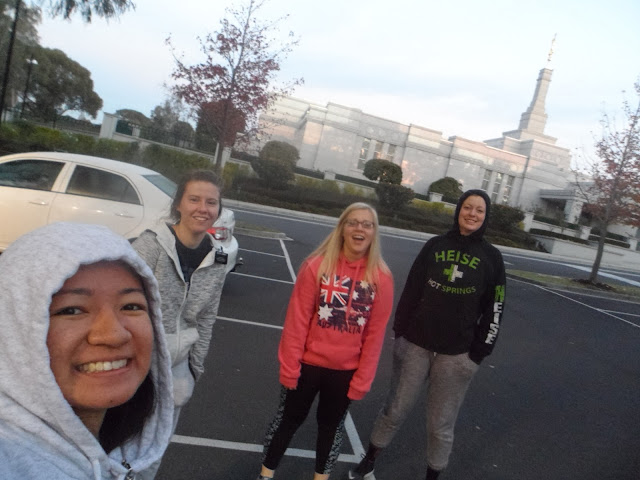 'cause they said we're dyyinnng... 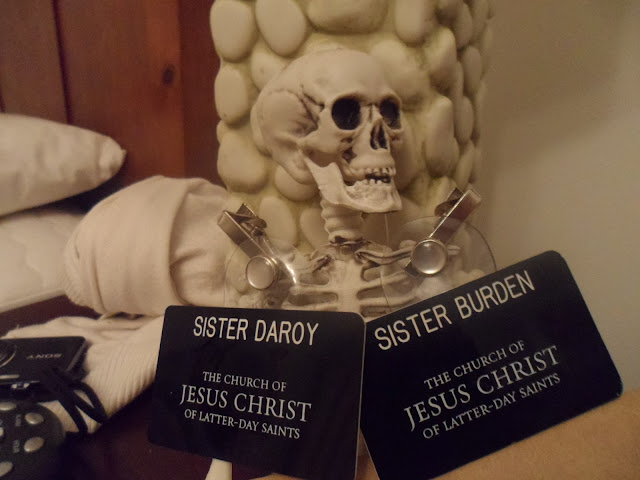 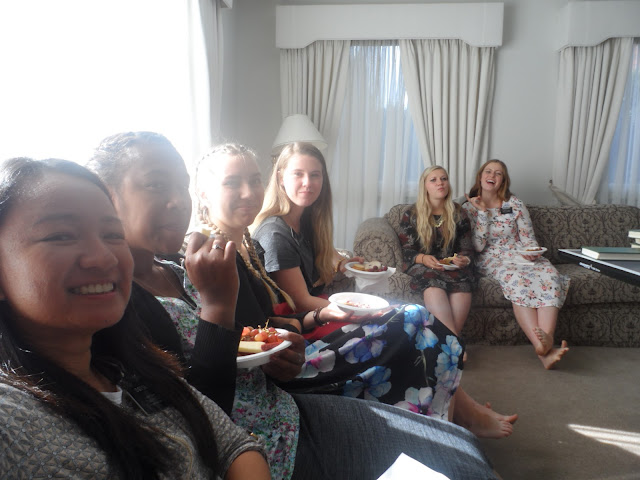 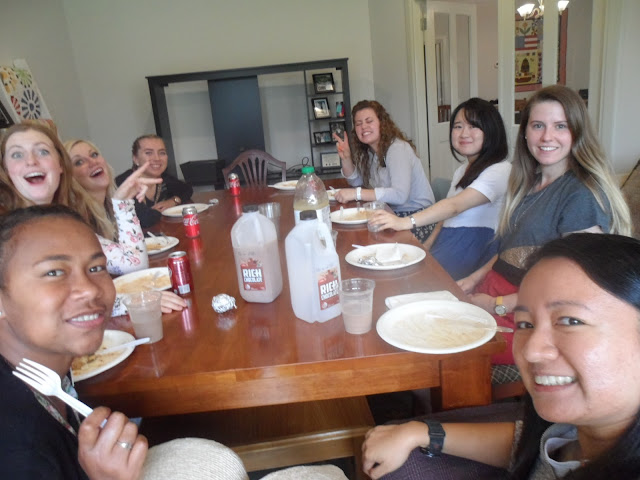 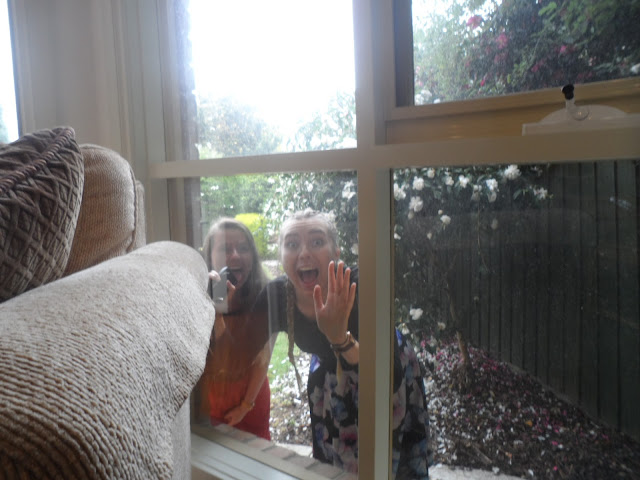 After MLC, we received a referral from the branch president in Wagga wagga about a service opportunity in our area so we drove there. We helped a family moved and scrubbed walls. Amy was baptized but she said that she didn't feel like she belonged so she had not been to church for a long time.

Then we visited Atousa again. She invited us in and we shared about Restoration. She was baptized in the Protestant Church four years ago from being a Muslim. We explained about baptism and she said she would pray about it. We would meet her again next week.

May 6, Sat - We went to visit Josephine, shared about Restoration and set a return appointment for next week. We then tracted a few houses in the street and went to a name in the ward list who lived nearby. When she invited us in, Barbara said she has a sister. When the sister came out, she is a twin, and we discovered that she's an investigator taught by the Elders..haha.. Anyways, Lynne had been thinking about her baptism but did not feel that she was ready. We read 3Nephi 11 with her. She liked to learn and go to church even though Barbara, already LDS, was not going.

We had our district meeting after lunch, then met Abdul in the library. Abdul was a name in our phone whom we called and was willing to meet us. We were working on calling all the investigators listed on the phone because we didn't know who they were.

Abdul was Muslim, said that Mohammad was like Joseph Smith and the Quran was like the Book of Mormon. He warned us that we should be sure of the truth before we spread what we were teaching because we would be accountable. We invited him to do the same. He also invited us to the open house of the mosque when we invited him to church. We asked him if we could meet his family and he said 'yes.' We were thinking that there was no point teaching him but in the latter part, he said that he wanted to learn why we believe it so much, so we would meet him again next week. He said he had a copy of the Book of Mormon which was good.

We then attended a baptism in the Hampton Ward, after which, we met the Lawrence family. We shared the importance of the Sacrament with Matthew. This time was the tennis season so they missed church but Sister Lawrence said that she was thinking of July for Matthew's baptism.

May 7, Sun - We visited a former investigator, Nabela, and she said that she would stay Muslim. We tracted all the units in her area and the man said that there was no point because they were all from Afghanistan but we tracted anyway. We met two new contacts. One was a dad named Hamid who had two young kids, said he was 50-50 about religion but when we mentioned about families, he wanted to learn so we set return appointment for next week. We had 15 minutes left to get to ward council but we decided to knock on the last door. A mom named Sayeda opened and we shared a bit about the Plan of Salvation. She wanted to learn a bit more about our beliefs of the after life so we set a return appointment for next week. Miracle. Just when it seemed like there was no point knocking on doors where they were from Afghanistan and Muslim, then we got two new contacts. We were 10 minutes late to the ward council but we were in time to share a bit. The ward was pretty amazing; they made a progress chart to see the progress of recent converts and returning less active members.

We were invited to teach Sunday School for deacons and beehives about what we could learn from prophets and apostles. Des came to church as well as Brother Seppings. There was also a new family who moved from Brisbane, her three kids were blessed today and non-LDS husband came along. We then met Hano's husband who said they were already going to church, said that he would listen to the unique message next Sunday, so we set another appointment. Then we practiced for the Musical Fireside, but we did not get the text that they moved it earlier to 4:30 instead of 5, so by the time we got there, it was already over. We then followed up on other former investigators, two had moved out but William still lived in same place. We met his brother Henry and he was surprised that William had been learning about the church. William was out at the moment but Henry said that we could come back another time.

Then there was the Narre Night at 8pm in the chapel where we gathered as a zone with scriptural thought and some games, also met the new missionaries in the zone. This week as well, we got a heater as my companion was freezing.
Posted by Sister Norre Jayne Daroy at 19:28