Sports in the church gym on Labor Day Pday, awesome LDS and investigators, transfer news, the huntsman spiders and more... 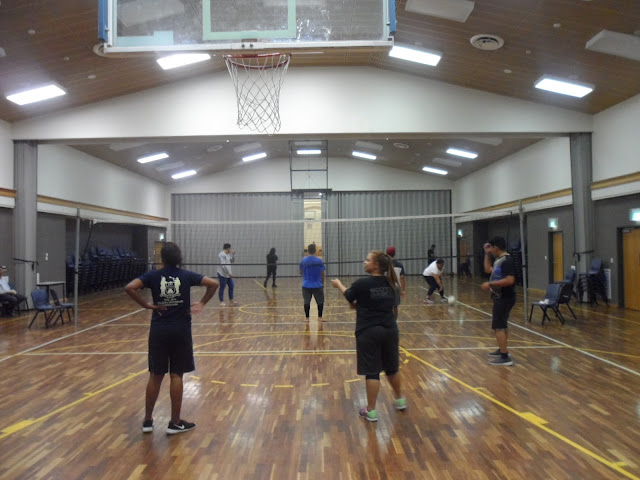 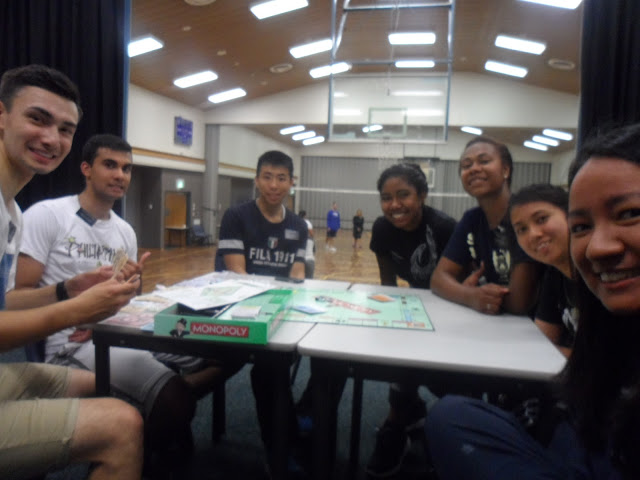 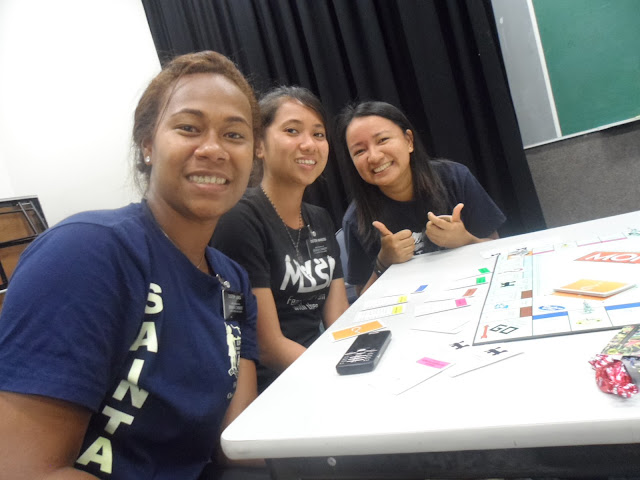 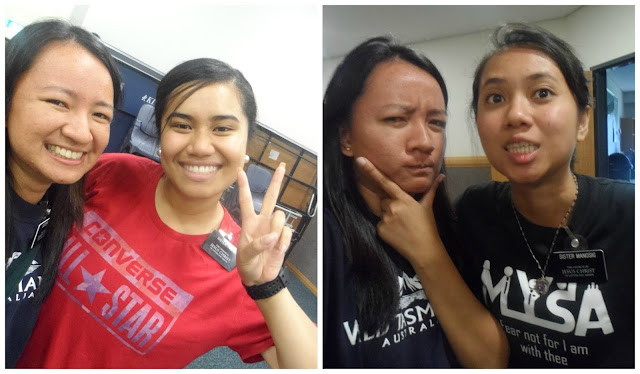 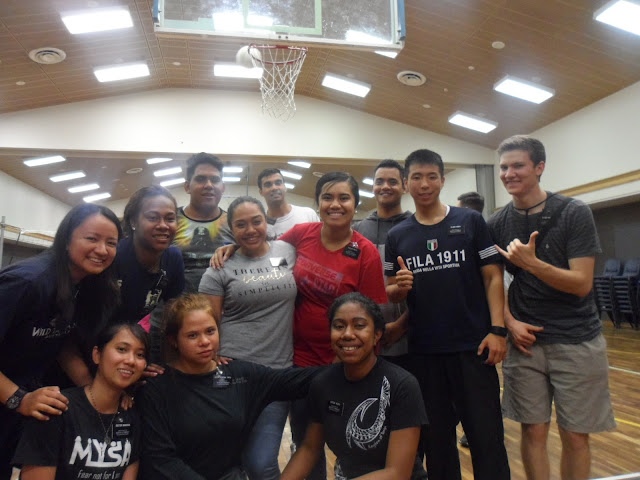 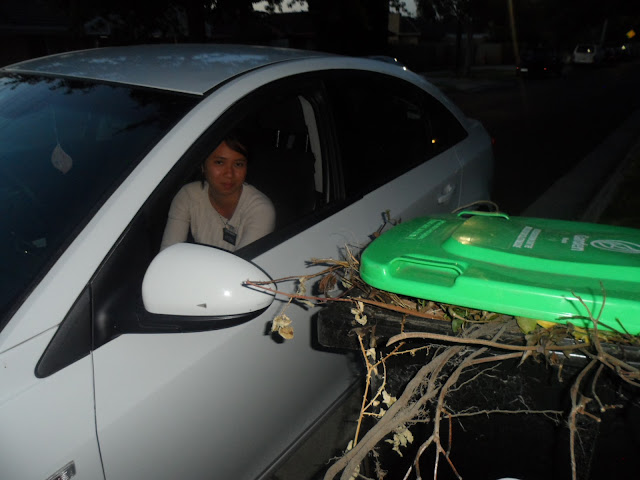 Sister Soh had been a member for long. Her daughter was baptized first, then after coming to church with her daughter for 5 years, she decided to be baptized. Her husband was nice but not a member yet. He would leave every time the missionaries would share a message but Sister would invite him always. Invitations could go a long way too. Sister Soh volunteered in the temple for more than 5 years now. 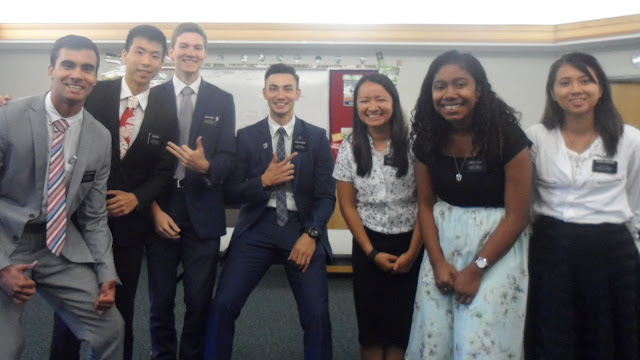 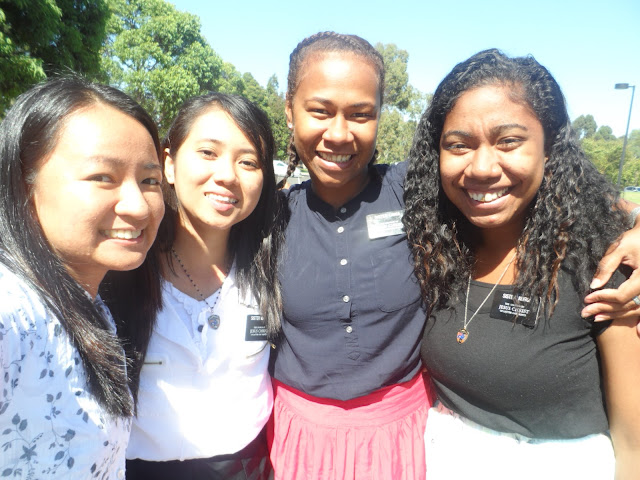 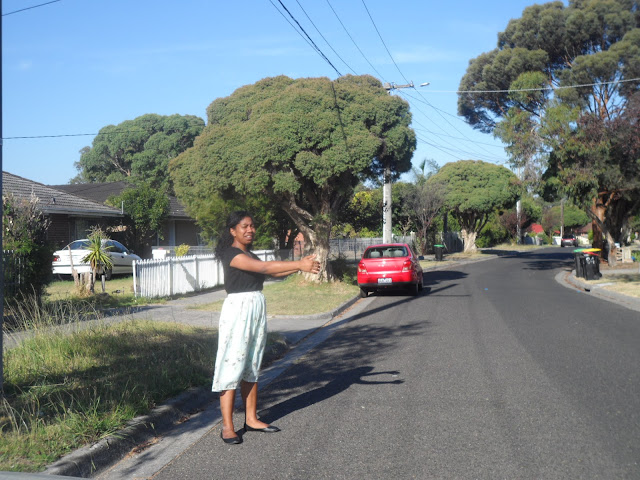 Looked like she's holding a brocolli..
We did our emails today 'coz yesterday was Labor Day. After doing emails, we went to a referral from one of the members. The referral opened the door and when she noticed our name badge, she suddenly closed the door, oh well..Then we popped by Des place, another investigator named Des. We met him in church last Sunday; it was a miracle because we planned to visit Des on Sunday morning but we didn't have time, then we met him in church. He lived across an LDS member who had been his friend for so long. He had been coming to church for over 10 years now but did not believe. Weird..He liked that the church is family-centered.

Next stop was dinner with the Tham family. We shared the BOM campaign and the family shared the video on facebook on the spot. Awesome family! 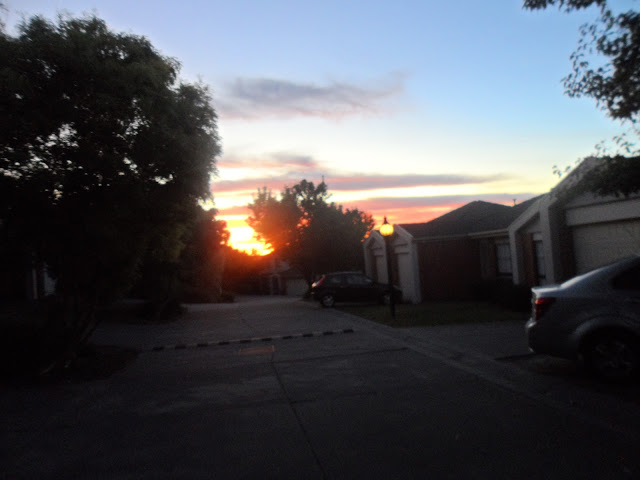 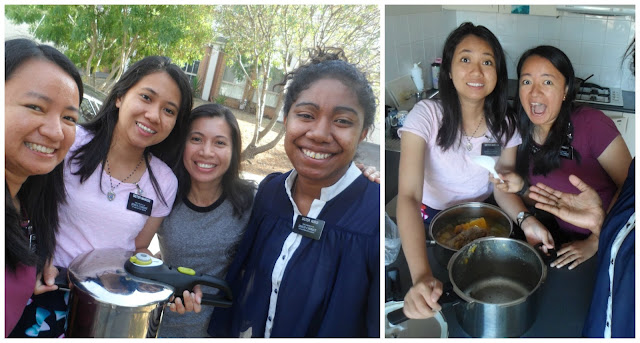 We met Sister Inu today and learned that she grew up in the church but left when she was 18 after attending Seminary and Institute classes. She said that she did not believe anymore after having a Muslim boyfriend. Anyways, we shared about Lehi's vision of the Tree of Life; she remembered and even explained more. She was surprised that she could still remember. She said that she would read the Book of Mormon again.

Then we met Liliana and shared more about the BOM. Liliana and Sister Inu were neighbors; Liliana wanted to be invited during lessons with Sister Inu so she could also fellowship..Yeay! 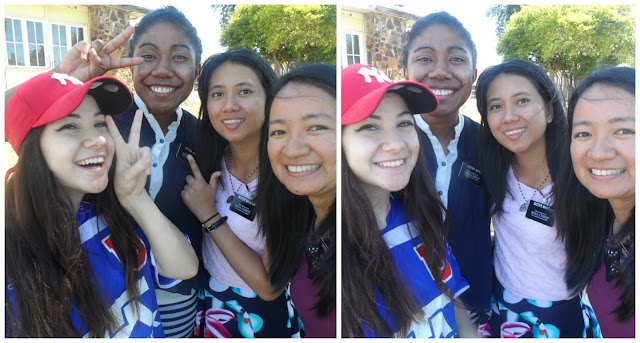 Before we went back to our flat, we decided to visit one more former investigator. We knocked and we were just gonna set a return appointment because it was already 8:30 pm but the son invited us in. The mom changed from her pajama clothes and the dad came to the living room. The family gathered and we found out that the dad was a member. He shared his mission life in France. He said that his family went to Catholic church and he went to his own alone, then later joined his family. He said that he never lost his testimony but it was weakening. At that moment, he said that he wasn't ready to come back. For me, it was still a miracle that we were invited in and the whole family gathered around to meet us. 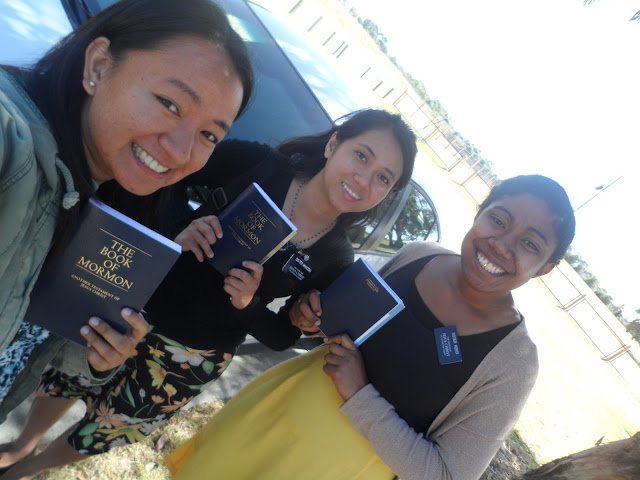 Mar 16, Thursday - Met Sister Taufa, strong mom, husband was not a member but she constantly shared the scriptures and invited him to read them. The husband was a strong member of another faith and because Sister Taufa didn't like arguments, she went to church with him too. We shared about BOM video and Sister Taufa said that she would set up a family home evening schedule where we could meet her husband.

Had lunch with Sister Bataillard, awesome LDS, and suggested that we visit a Filipino nearby. 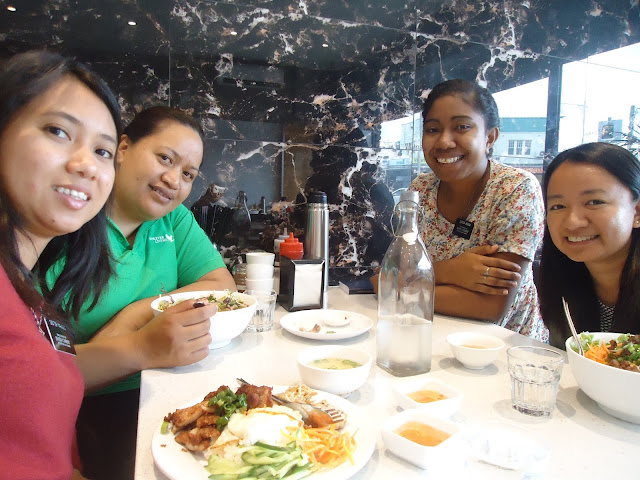 We visited Sister Foundulaki, formerly Sister Dichoso, a cousin of Uncle Boy De Dios..small world!  Then we took the train and GQ'ed; met a few people and able to share some gospel points.

We then had dinner with Sister Balmes. She used to work in the mission office and an awesome mom. Then we met Touraj and Ehsan at the chapel and watched Finding Faith in Christ. After the lesson, Touraj said that he couldn't join the Addiction group recovery tonight because he was not feeling well and just lost his job. When they went out, the car did not work. We asked some members from Hampton Ward who were practicing Dance if they had jump start or knew cars. Two men came out and helped. One served in the Philippines and just got back 5 months ago.They happen to know a certified mechanic. Touraj did not lose his patience with his series of unfortunate events and asked for the names of the guys who helped him. He was happy despite. Those guys were great in fellowshipping even though we were not in same ward. The gospel is one big family!

Back in our flat, we saw two big huntsman spiders. Sister Manosig was brave enough to grab one spider and put it in a plastic bag. She asked me if I could grab the other one, hahaha...I left it there..next morning, it was gone..I don't know where it went, hopefully outside.

Mar 17, Friday- Did our weekly planning in the park again. 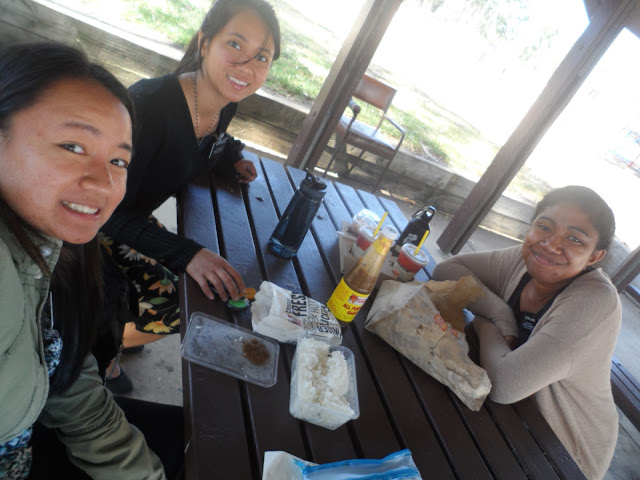 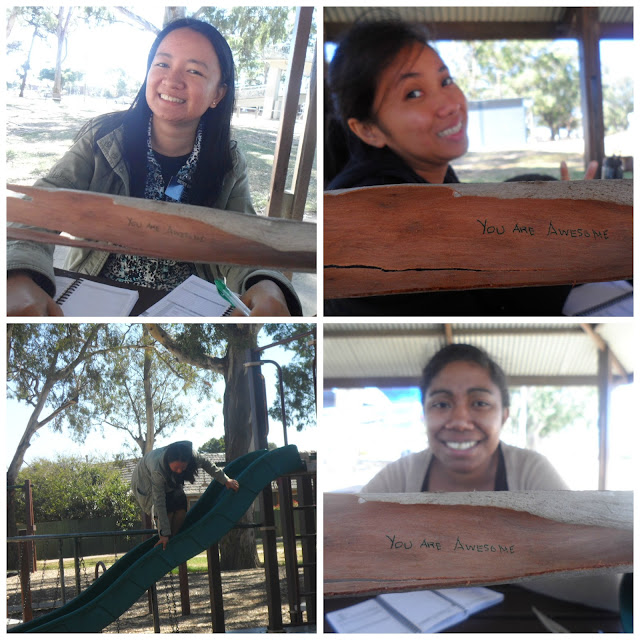 We visited our new contact Mikayla and his son said, "Mom, those people are back!. haha..interesting how those kids remember even though we just met them on the streets walking. They were heading out so we set another appointment with Mikayla.

We tried to visit another former but Lisa was not home. We called her phone, she was nice and we invited her to family home evening this Monday with the Danielsons. She said she would come..cool.

Mar 18, Sat - We GQ'ed in the plaza today. Paul, the dad who served us pancakes last Sunday, was happy to see us in the plaza..haha..he said that they were going out tomorrow so we could not meet them.

We met Laura today and shared the Restoration cups. She had interesting questions, understood and liked the Restored church especially the sealing power that binds families. She said she would come next Sunday, though she was really involved in her church, she would like to visit other churches to compare..she was really keen. 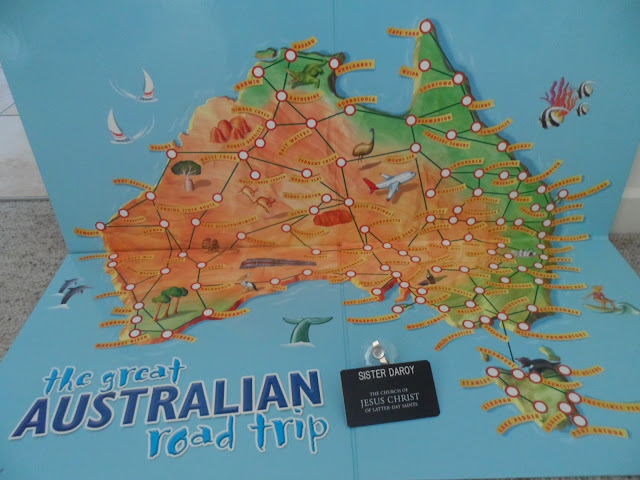 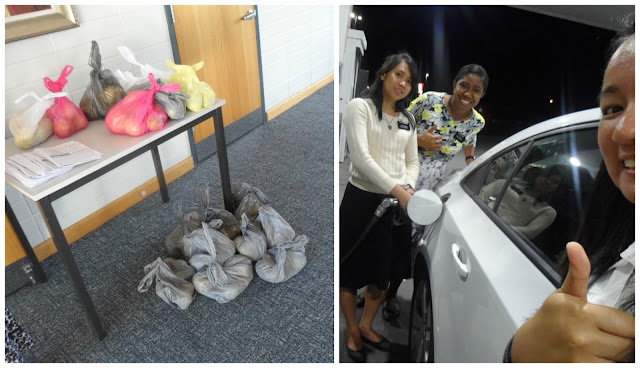 Des brought us lemons from his garden, one of those we call dry mormon. 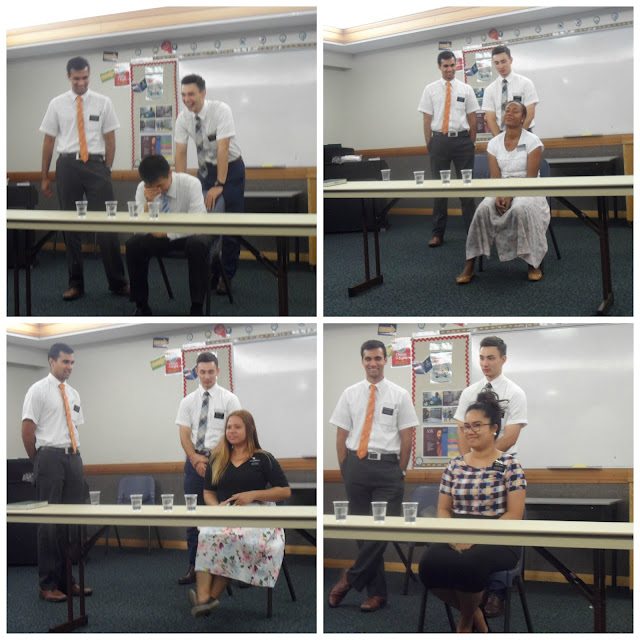 As for us, we were still TRIO, staying for one more transfer...Yeay!