Feb 20, Monday - Family home evening with the Danielsons with 8 kids.  We shared with them about putting on the Armor of God.  We had FHE with them every 3rd Monday of the month.  Ehsan and Touraj did not make it tonight.  We also called some former investigators and got appointment with Paul and Diana this week. 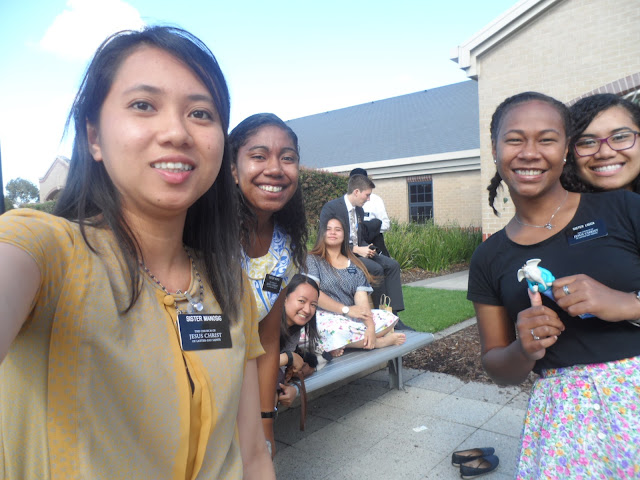 Photo: while waiting for the key to open the chapel

After the District Meeting today, we did some splits.  Sister Manosig partnered with Sister Tami while I paired with Sister Koroi.  We visited a former investigator but the address on the records had no unit number so we tracted 4 units.  On the last door, Upansa opened the door and talked to us.  She's Sri Lankan, we shared a bit about Restoration and set a return appointment with her next week.  We also followed up another Sri Lankan, Krishna, who was studying and working in Dandenong.  He said he would come to church on Sunday, been there before and knew the address.

We also received a referral from headquarters to visit Sharon who wanted a copy of the Book of Mormon (BOM).  She was not at the address and so we called her and set an appointment on Thursday.  She said she was moving and so we referred her to the Elders in her new place.  We then got an update that she lived in the AP area and the Elders taught her and set a baptism date on March 18th.  A miracle!  She was ready to accept the restored gospel.

We then met Ehsan at the Temple grounds.  We shared with him about Tithing, Law of Chastity and how the body is like a temple.  He said that he is Christian now, new life, and that he could easily give up anything.  President Vidmar interviewed him and he said that Ehsan had a tender soul.  President invited him to read Joseph Smith's testimony, the only resource in Persian in addition to the BOM. President said he had strong testimony and was ready to be baptized.  After this, we drove to the Hampton Park Sisters for exchanges. 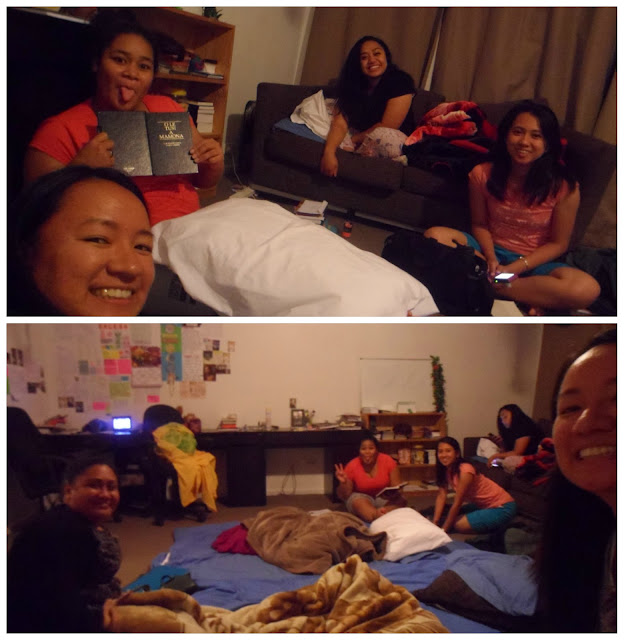 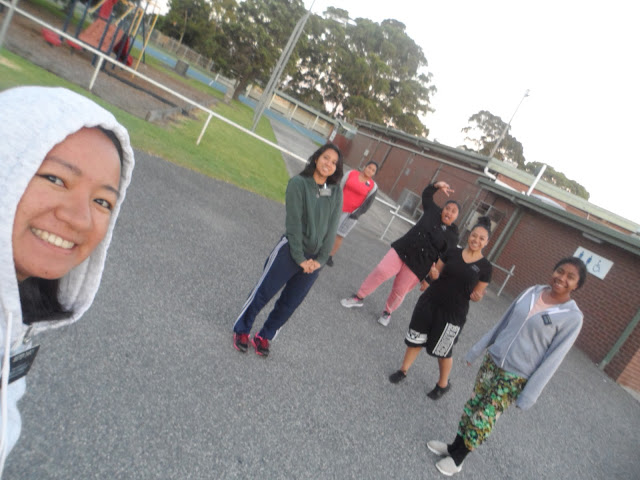 I went with Sister Leilua and Sister Koroi in their area, Samoan program.  We did 1-minute sharing of Restoration during our studies. and then visited investigators. We meet the Sua family and taught in Samoan.  I learned a few words such as talofa lava (hello), oi mai oe (how are you) and some other phrases.  One of the members gave us dinner and eggs. Their area was great because members helped in giving referrals and rides to Sisters.  We also GQed at the train station and were able to get 6 new contacts.  GQ at the train station is effective because they listened to our 1-minute sharing of the restored gospel while waiting for the train.  When I GQed Divya, she pondered about the purpose of life and was keen among the people we met.  She was nice, gave her details and I would surely follow up. 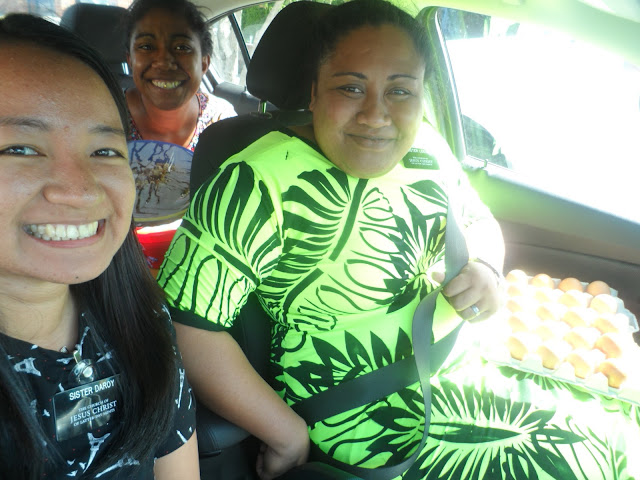 While the Hampton Park Sisters head out for interview with President Vidmar, we stayed at their flat, did a bit of cleaning, ordered food and ate lunch, then drove to Narre Warren to have exchanges with them. 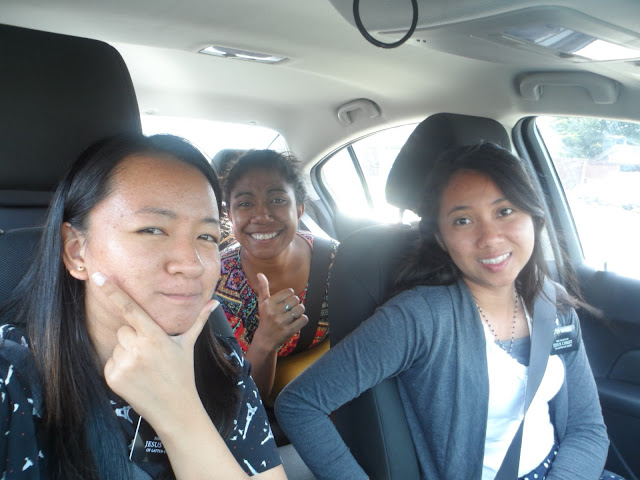 Feb 23, Thurs - We visited Des this morning and helped her pack.  Every time we visit, she had friends to refer.  We shared with her about God's love and the BOM.  She said she would come to church and read the BOM she finds a flat to move in. For now, she was busy and worried to find a place within 2 weeks. She prepared longganisa and we brought our packed lunch (bacon and sausages) and ate lunch together.

We went to Fieona's place but she was not home so we knocked 5 doors. Fifth door, we met Lucretia from Romania and we talked about her grape vines hanging in her garage space. She gave us some grapes from the vine. She said she was not interested in our message but when we talked more about the grapes, she later invited us in..haha..We shared with her the BOM and prophets.  She was a strong believer of Baptist church but said that we could come in April after comparing the BOM with the Bible.  We asked if we could still popped by when we are in the area and she said 'yes'. Miracle.  She shared her experiences how her husband escaped Romania during the war and later followed him here.  She also shared about her hardships queueing for food and sometimes end up with no food at all.  She recognized her blessings in Australia and that they're from God.

We then drove to Library to meet Arif from Pakistan, atheist, and a former investigator. When we did the lesson and closing prayer, he rebuked us for not having a prayer before the lesson, as he remembered the previous missionaries. Lesson for us - we got distracted with his questions. He still did not believe in God but after the prayer, he asked us to pray for him. We invited him to pray to God tonight and he said 'yes'.

We then drove to the Ariki family, daughter of the Ariki family that we had visited before. Brother Ariki had served a mission.  After dinner, we role-played with them how to share the BOM and they were cooperative. Then we drove back to Narre Warren before the ward correlation meeting.  After the correlation meeting, I quickly packed and drove to meet the Glen Waverly Chinese Sisters at the Temple grounds who just finished a stake activity. 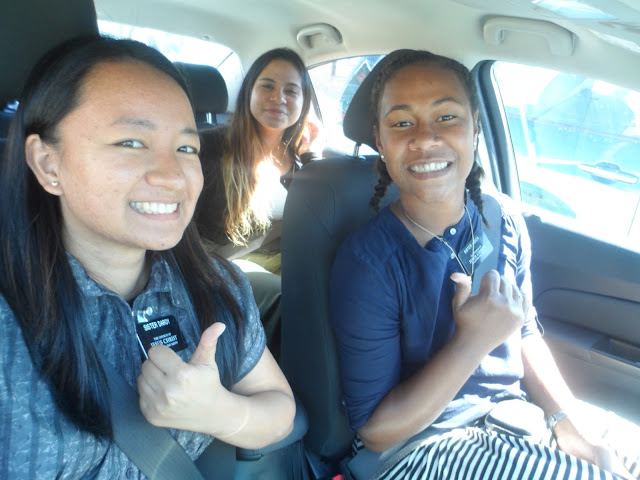 Feb 24, Friday - Had exchanges with the Glen Waverly Chinese Sisters.

I paired with Sister Guan and golden Sister Dobberfuhl from Japan.  She studied in America, spoke Japanese and English well.  Her Dad is American and served a mission in Japan while her Mom is Japanese.  We had lunch with one of the less actives they had been working with. They served us dumplings and I got to learn different languages which was cool. I learned a new Chinese phrase - 'hen gaoxing renshi ni' which means it's nice to meet you. Sisters Guan and Dobberfuhl shared the Plan of Salvation with them and I listened and prayed for them. 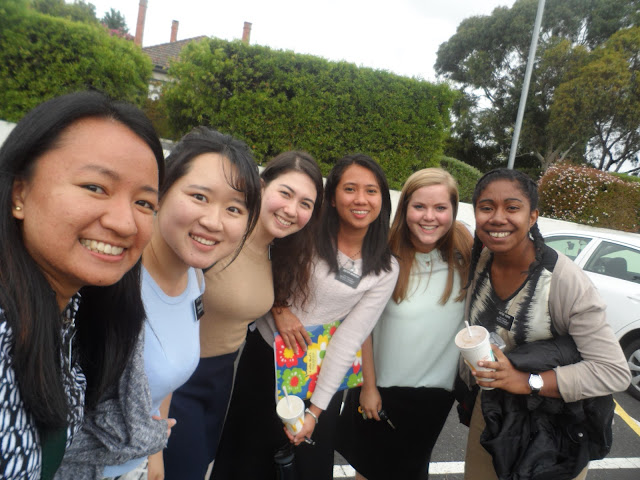 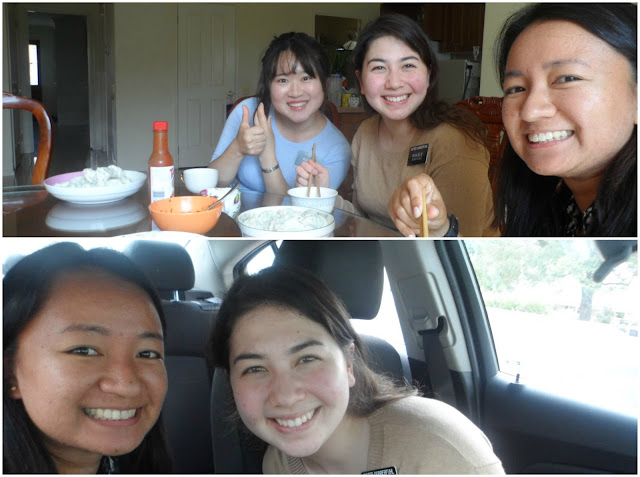 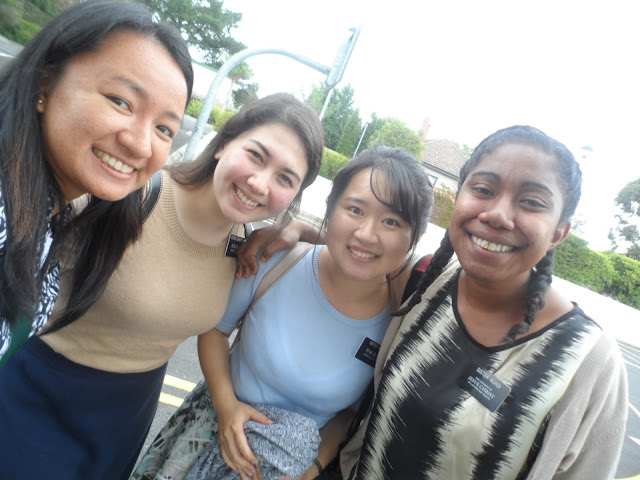 After exchanges, we drove to the chapel for missionary activity. Diana came. She wanted to be baptized but said that she (21) needed to ask her Mom.  She was GQed by the Sisters at the train station a year ago. She had her first lesson from Sisters Burden, Tupu and Almon and she still remembered them.  She had been to conference, loved it and wanted to continue learning.

We then had dinner with the George family and served us roasted pork.  We shared the video 'Protect our Nestling' talks about protecting families.  Sister George was strengthened and determined to help one another protect their family.  As we were heading out, we met Maria, their aunt who was not LDS. We talked to her outside for a bit and shared questions of the soul and the BOM.  We also asked her 'if you can ask God any question, what would it be?' She paused for a moment and said that we could meet up again and she would tell us. We got her number and gave her BOM pamphlet with some questions of the soul and scripture verses.

Feb 25, Sat - We drove to Sister Olivares to get Ehsan's baptismal clothing.  The Olivares had apple trees, just harvested some, and gave us a bag of fresh apples. Then we had lunch at the chapel and prepared the font for Ehsan's baptism. 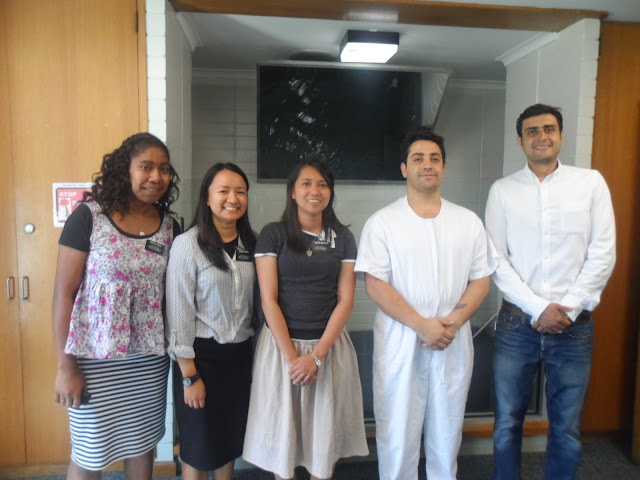 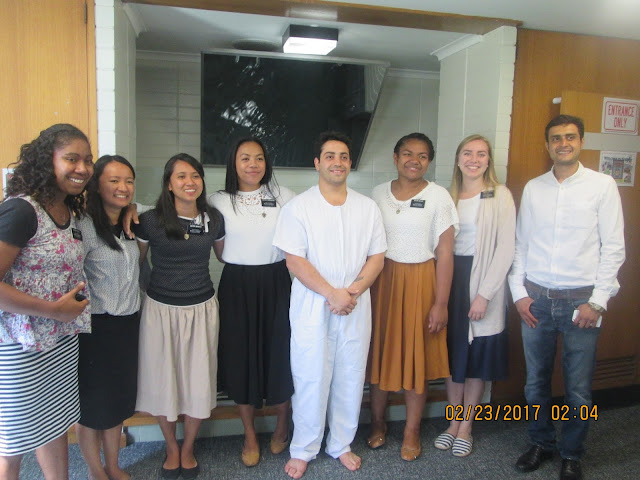 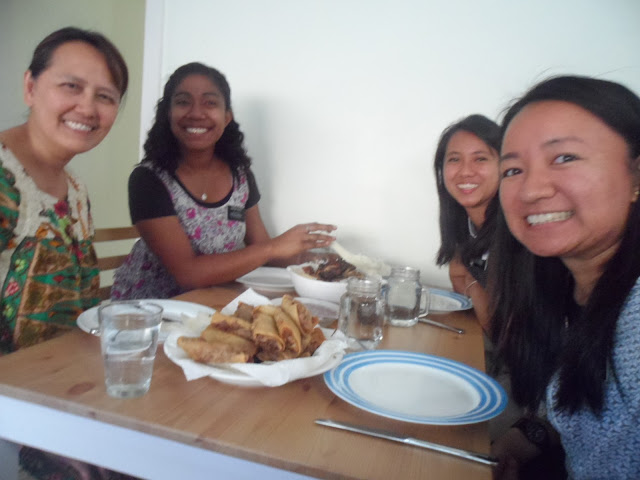 We had dinner with Sister Clark and she cooked Filipino food.  She told us about her neighbors whom she had been sharing the gospel with.  We role played with her about sharing the gospel and inviting people to FHE.  She said she would do the way they role-played in sharing the gospel this week. Sister Clark is awesome.  Missionaries knocked on her door in 2003 when she was cooking.  The Elders had only 5 minutes to talk since they were heading to a dinner appointment.  She invited them in but they said they would come back another time, then she got baptized, then years later, her 4 kids got baptized too.

Feb 26, Sunday - We did our weekly planning this morning before heading to church.  We called one of the former investigators, Ed, and invited him to church.  The other person on the line said his name was Ali and that he would come.  In church, we met Ali and said that he did not understand who we are, and that he was from Pakistan and a Muslim. But since he was in church, we invited him in, witnessed Ehsan's confirmation, stayed only for a short time and left. Before he left, he said that we could call him to set up appointment.

The Lawrence, Matthew 10 and Mom, also came to church. Matthew loved Primary and happily shared to us what he learned.  President came unexpectedly and talked to my companion.  While waiting, Sister Koroi and I helped teach the Sunbeams. 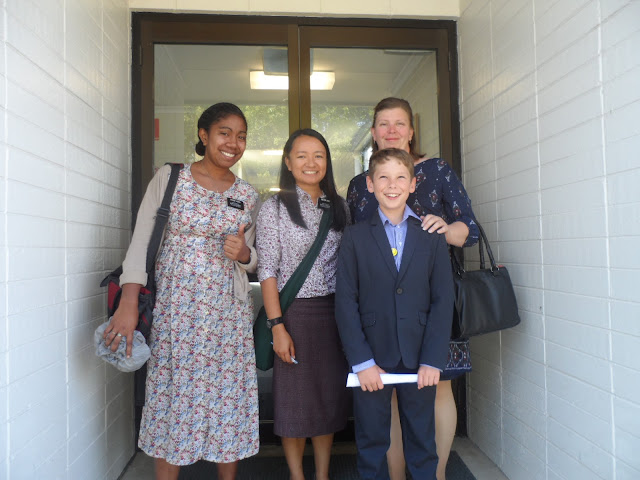 We had to do emergency exchanges with the Narre Warren Sisters.  I paired with Sister Tuu'u and Sister Koroi stayed with Sister Manosig in the flat. 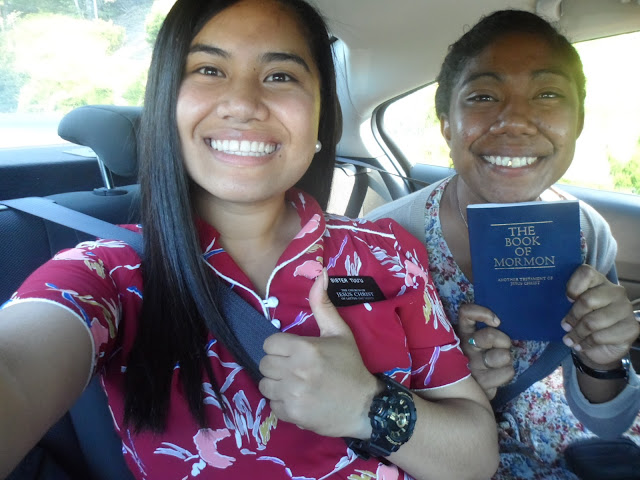 We visited Raymond (from Bosnia) who called us out of the blue wanting to meet us. We met his mother too. We shared the gospel of Jesus Christ and invited him to church.  We also met Ahmed and he apologized for not being able to come because he did not finish in time for church.  He said he would come next week. 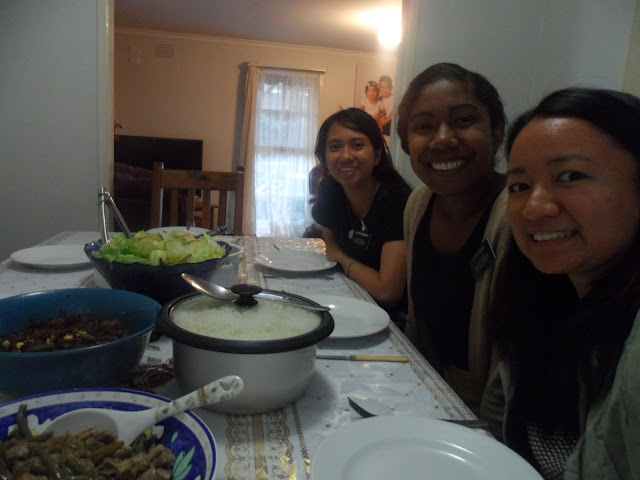 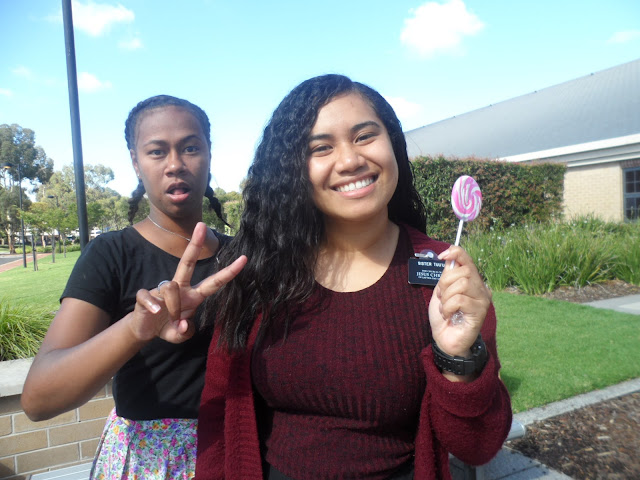 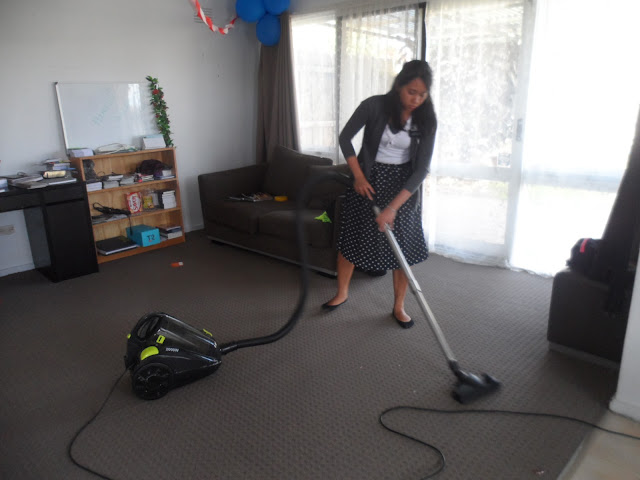 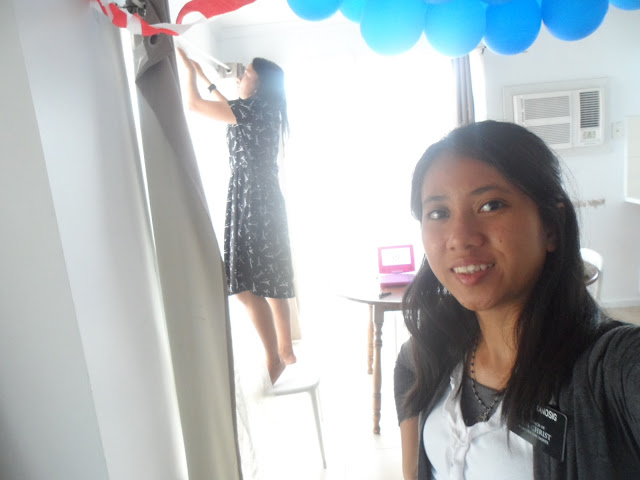 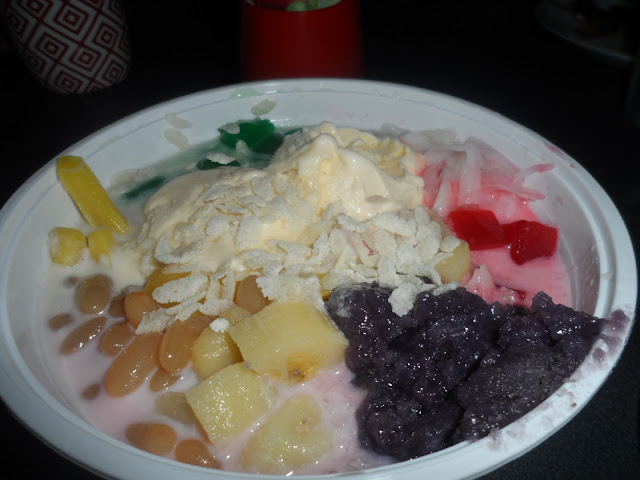 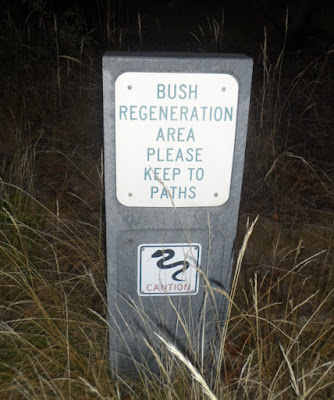 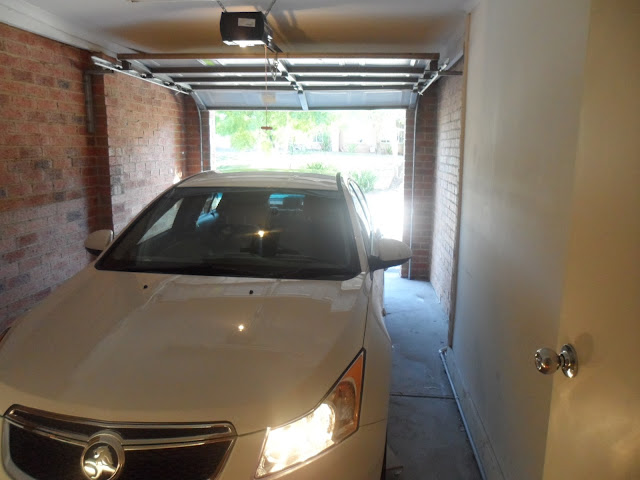