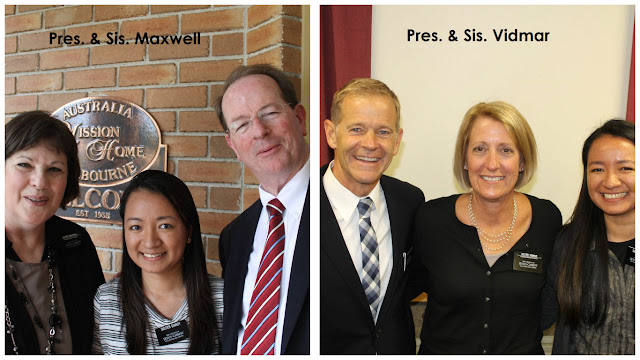 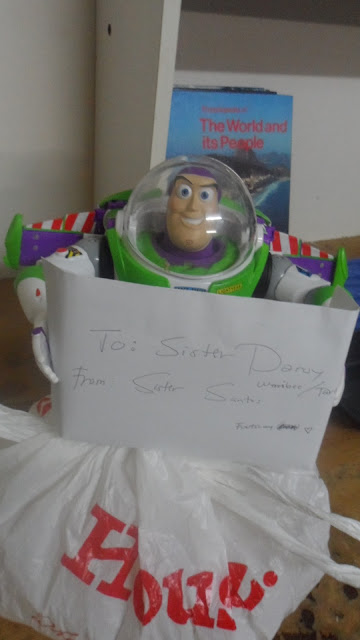 June 27, Monday - Today is the last mission fireside with President and Sister Maxwell.  We were not able to join because of other appointments but we heard it was great, a video timeline was shown from the time they got here.  The ZLs came to our house and left this letter and pasta. (Photo.)

We visited Rishna and Rupesh at 6pm and shared more about the Priesthood.  We also gave Rupesh (engineer by profession) something to read about priesthood because he wanted to study more while   Rishna liked to read from the Book of Mormon.

We also got a call from the Assistants to pick up the Craigieburn Sisters (Sister Cruz and Sister Bajamere) from the mission office while Sister Triptee would stay at the mission home with Sister Maxwell as companion, then to her flight to MTC Provo tomorrow.  In the mission home, Sister Maxwell served us pumpkin pie and strawberry cheesecake.  They would be leaving Melbourne on June 30 to go home to Utah.  The Maxwells told me to inform them if I would ever visit Utah, maybe they could meet me. From mission home, we drove the Craigie Sisters to Craigieburn for 50 minutes, then back to our house for another 50 minutes. Fun drive.

Also today, I cooked chicken liver.  My comp was too afraid to try it. 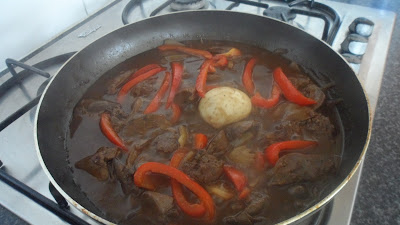 June 28, Tuesday - District meeting today, also visited some, including Sister Tuitupou, Maori/Tongan, LDS and very nice, and willing to set goals for family.  After a long day, we decided to treat ourselves with sundae and mcflurry. 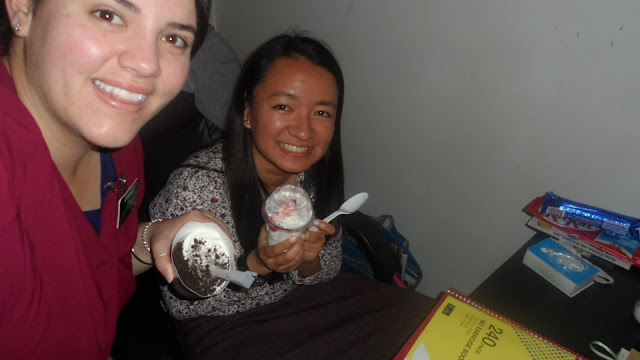 June 29, Wednesday - We went on exchanges with the Sunshine Sisters.  I went with Sister Tau'a'alo to visit Yvonne and Jean.  When we tried to walk to the Dah family, I got lost..haha..so we walked to the Strickland's home instead.  It was great working with her. She had trained 2 goldens.  She gave me few ideas on asking people questions to build relationship of trust with them.  We also visited Sister Rai and she prepared us dinner.  Tau family then picked us up for a second round of dinner.  The Polynesians just fed missionaries all the time.  We shared with them PLATES magic.

At 9:30pm, we had conference call from the Maxwells for the last time. They bore their testimony.

June 30, Thursday - We drove the Sunshine Sisters back to their flat, then we went to the dentist for follow-up check up.  Dentist said gums was fine and no infection.  Yeay. We then visited Jenti and Zafrinia (role-played missionary discussions with her); met some during tracting.  At night, we did the weekly planning.

July 1, Friday - Had our DLC meeting and planned goals for July. Craigie Sisters asked us to pick them up from the station; Heidelberg ZLs called us if we can pick up the City Sisters from the station.  Now, we are officially the Tarneit Taxi Service. We then met President and Sister Vidmar.  They were full of energy and fun.  I told President Vidmar that today was Canada Day and he said 'no holidays' in this work and we both laughed.  I also found out that Sister Vidmar's parents were born in Montreal.

July 2, Saturday - We visited a lot of people today especially less actives in the ward list. When we visited Yvonne, we found her weeding so we helped her and planted this rose. She named it after our first names, Norreen, in memory of us..that was cute. 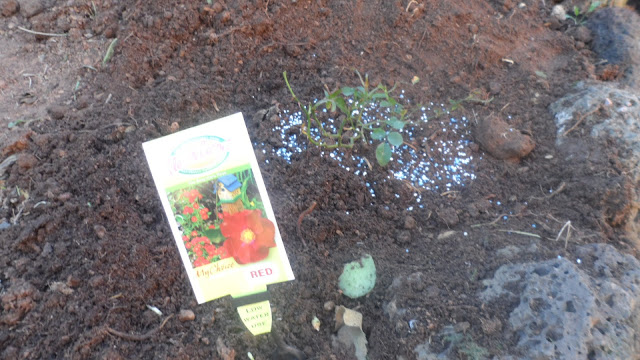 July 3, Sunday - Today, we taught Primary about Jesus Christ, being the good shepherd. When we showed a picture of the sheep and asked them what it was, one kid said that it's a whale, such a funny kid. 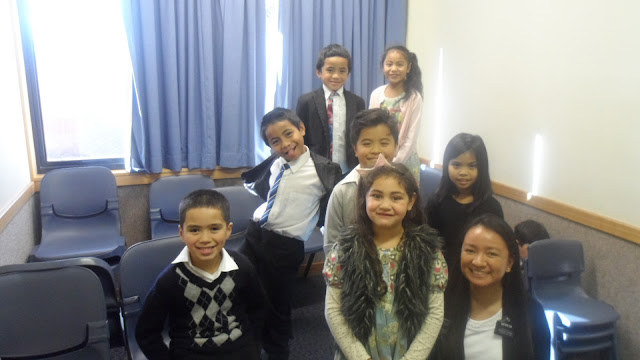 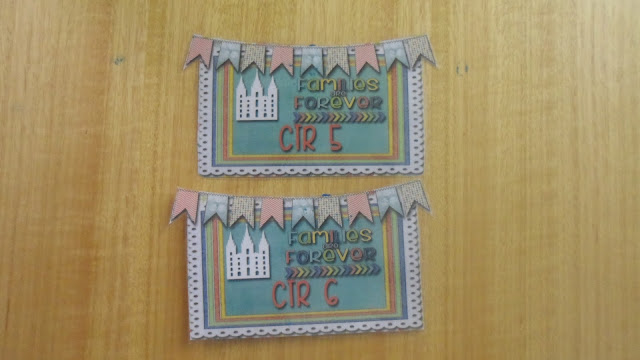 We then had dinner with the Tupou family who had 2 kids currently serving missions.  Then we attended the combined youth devotional and mission fireside at the Fairfield Stake Center, 7pm, as part of the culmination of a weekend basketball tournament. Speakers were professional athletes such as Jason Smith (champion NBL basketball player), Tim Smith (champion rower and member of Victorian Legislative Assembly) and Pres. Peter Vidmar, new mission president and a gold Olympic medalist in gymnastics. They all shared their formula for success and counseled the youth in having balance in physical, emotional and spiritual endeavors in life. 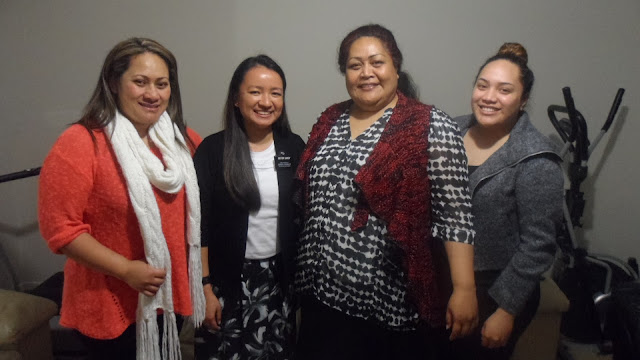 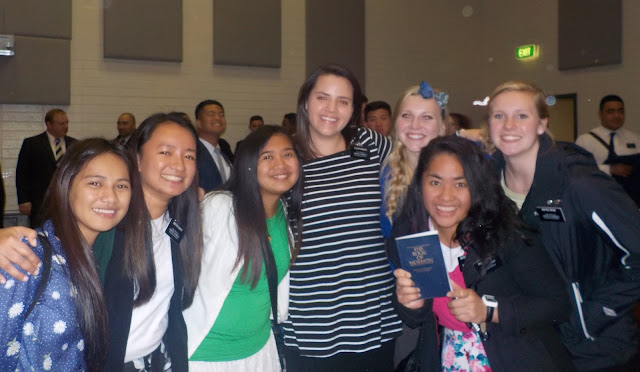 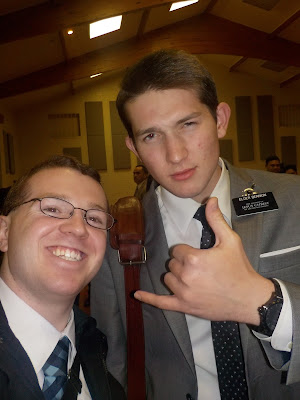 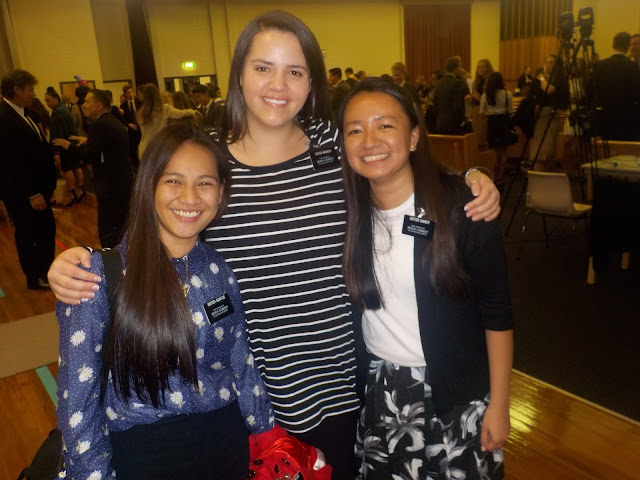 I had to get used to mission terms. Killing my companion means I'm the last companion; my companion will die means she will finish her term.  Can't believe I would kill her and she would die so soon - next Wednesday!
Posted by Sister Norre Jayne Daroy at 11:20